A lap with… Jess Judd 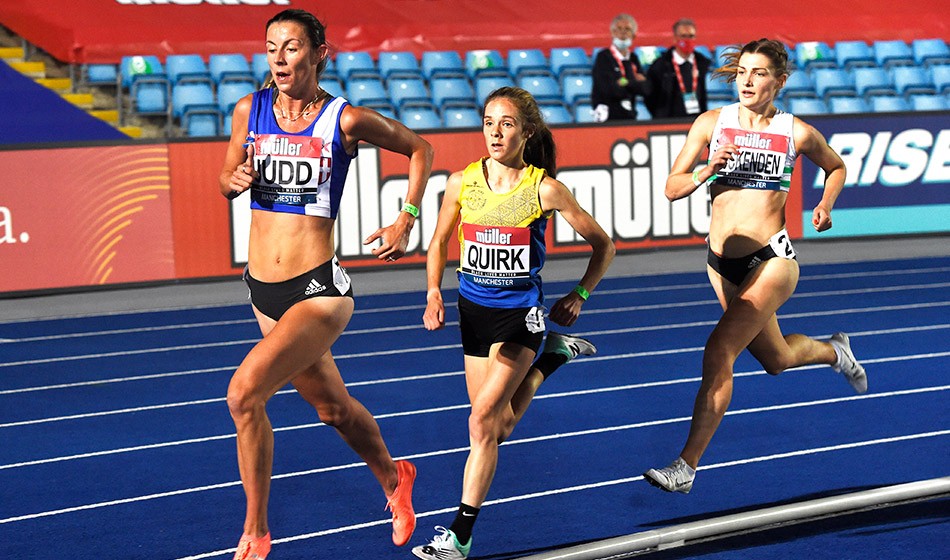 Katy Barden catches up with the British 5000m champion

Against the backdrop of a global pandemic, Jess Judd has recharged, refocused and enjoyed deserved domestic success.

It wasn’t the summer she’d planned, but performances, within the context of 2020, are all relative. In the absence of the Olympics, compromise was key.

“I’m actually really happy with where things have ended up,” says the British 5000m champion. “I didn’t expect to get a British title or anything. I’m one of those people who takes a couple of races to get going. I can train well, but when I get to a race I often find that I need a springboard to the next thing, to get my momentum going.

“I think that’s what I was really scared of the last few months, that I was starting to get into really good shape and that the season would just end.”

Like so many athletes, Judd – a former World U20 Championships 800m silver medallist (Barcelona 2012) and World University Games 5000m champion (Napoli 2019) – went from a packed 2020 racing schedule to the harsh reality of an empty calendar.

Along with her dad (also her coach) and her fiancé Rob Warner, she decided to train as she’d initially planned and to finish in September.

“I figured if I could carry on training, I’d just do some time trials and see where I was,” she says. “Some 800m races started to appear and I realised we might still get a really condensed season. Once we knew there was going to be a British Champs it was the only thing we really aimed for.”

Ending the season now was a tough, but sensible, decision for an athlete who had previously believed ‘more is more’.

“Even if it’s not going well, I won’t stop when I’m tired, I’ll keep trying to finish a session and Rob will be the one that’ll say, ‘that’s it, you’ve got to call it there’,” says the 25-year-old who also won 1500m silver at the British Championships. “He’s definitely quality over quantity so that’s probably why we work well together – we’re complete opposites.”

Judd is currently doing her PhD in Loughborough, focused on tissue engineering and regenerative medicine. If all goes well, the next couple of years will be busy including the rescheduled Olympics in 2021, plus the European Championships and the rescheduled World Championships in 2022. Then will come the grand finale – her wedding.

“I’ve got myself into the best shape I’ve ever been in this year,” she says. “While it’s all been a bit weird, at least I know how I got there and I can do it again.”

Q. If you could choose someone – past or present – to run a lap with, who would it be?

“When I was starting out, Lisa was around but I’ve never raced her or run with her. We just missed each other as it was towards the end of her career. Every time I talk to her she’s just so nice – I’d love to go for a run with someone that nice, I think the time would fly by. I think people forget what she achieved, she was so talented.”

» This interview was first published in the October edition of AW magazine, which is available to order online in print here and read digitally here