World records on the road for Agnes Tirop and Senbere Teferi 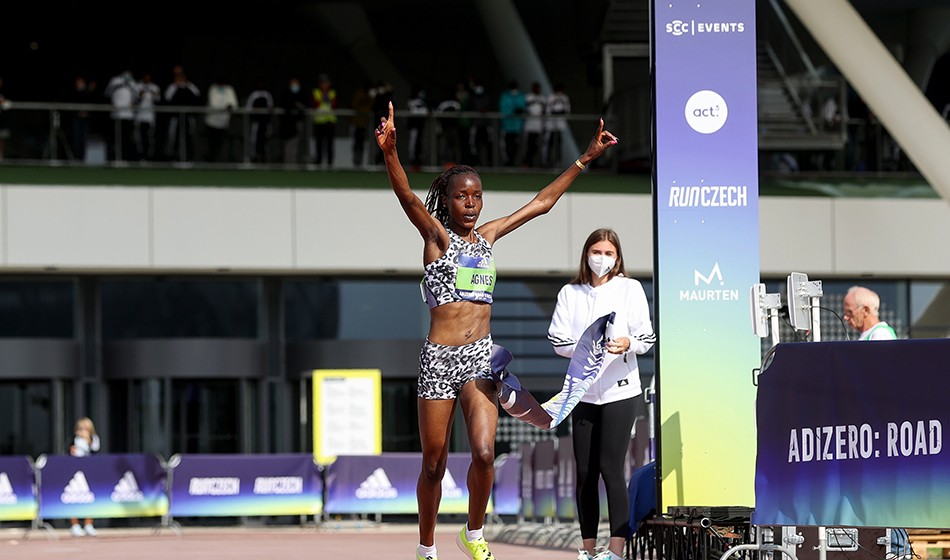 Global 10km and 5km marks fall as Kenyan clocks 30:01 and Ethiopian 14:29 during adizero Road To Records event in Germany

Two world records fell during a remarkable morning for women’s distance running in Germany on Sunday (September 12) as Agnes Tirop and Senbere Teferi created history at the adizero Road To Records event in Herzogenaurach.

Kenyan world 10,000m bronze medallist Tirop slashed 28 seconds from the 19-year-old women-only mark for 10km as she clocked 30:01, while Ethiopian Teferi produced an outright world record for 5km thanks to her winning time of 14:29.

For Tirop, it was a push in the closing two kilometres which proved decisive as she sped away from compatriot Sheila Chepkirui (both had gone through halfway in 15:00) to break the mark of 30:29 which had been set by Moroccan Asmae Leghzaoui in 2022.

Chepkirui was also inside that time, finishing second in 30:17, while Nancy Jelagat was third in 30:50.

“I’m so happy to have broken the world record,” said Tirop. “I felt the pace was good and Sheila assisted me a lot. The course was very good, too.” 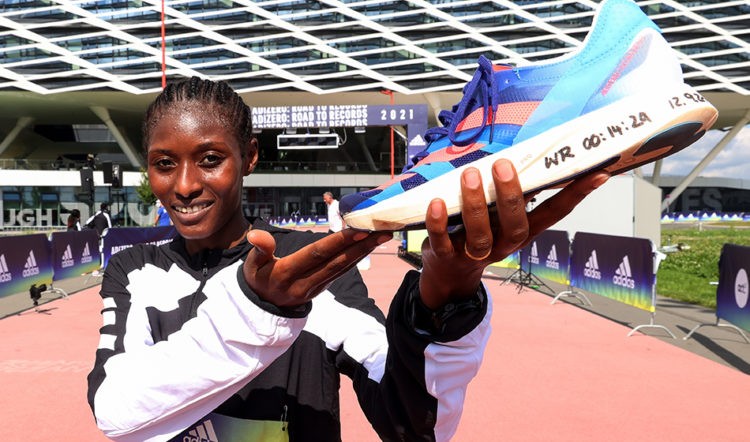 Teferi’s performance came in the last race of the day and just six weeks after she had finished sixth in the Olympic 5000m final.

After the opening kilometre, Teferi hit the front and pushed the pace, finishing with a 2:52 last kilometre to come home in 14:29, a time which broke new ground in a number of ways.

Not only did it eclipse the women-only world record of 14:44 set by Beatrice Chepkoech and Sifan Hassan’s outright world record of 14:43 in a mixed race, but it was also quicker than the fastest ever recorded 5km time of 14:32, set by Joyciline Jepkosgei before the distance became officially eligible for world records.

“I’m so happy,” said Teferi. “After the Olympics, I knew I was ready to go after this world record.”

Her winning margin was 25 seconds over young Ethiopian Melknat Wudu, a double medallist at the World U20 Championships. Compatriot Nigisti Haftu was right behind her.

In the other races at the event, world record-holder Rhonex Kipruto produced the fourth-fastest men’s 10km in history, clocking 26:43 for his victory ahead of Tadese Worku, who was second in an Ethiopian U20 record of 26:56.

Abel Kipchumba won the men’s half marathon in 58:48 with fellow Kenyan Alexander Mutiso Munyao second in 59:20, while there was further Kenyan success as Brenda Jepleting dominated the women’s race, winning in 66:52.

⚫️ RIP Mel Watman 🇬🇧 1938-2021
Legendary chronicler & historian for our sport @WorldAthletics since 1953 (aged 15!) until his last reports during @Tokyo2020 through Athletics International.

MEL WATMAN - statistician extraordinaire!
It is with great sadness that we have to acknowledge the passing of Mel Watman earlier today.
Read more: https://bit.ly/3Aot9La

A humble, kind and supportive man who knew everything there was to know about his favourite sport. He’ll be sadly missed. https://twitter.com/athleticsweekly/status/1438963811965353990