World cross set to be no man’s land for Brits 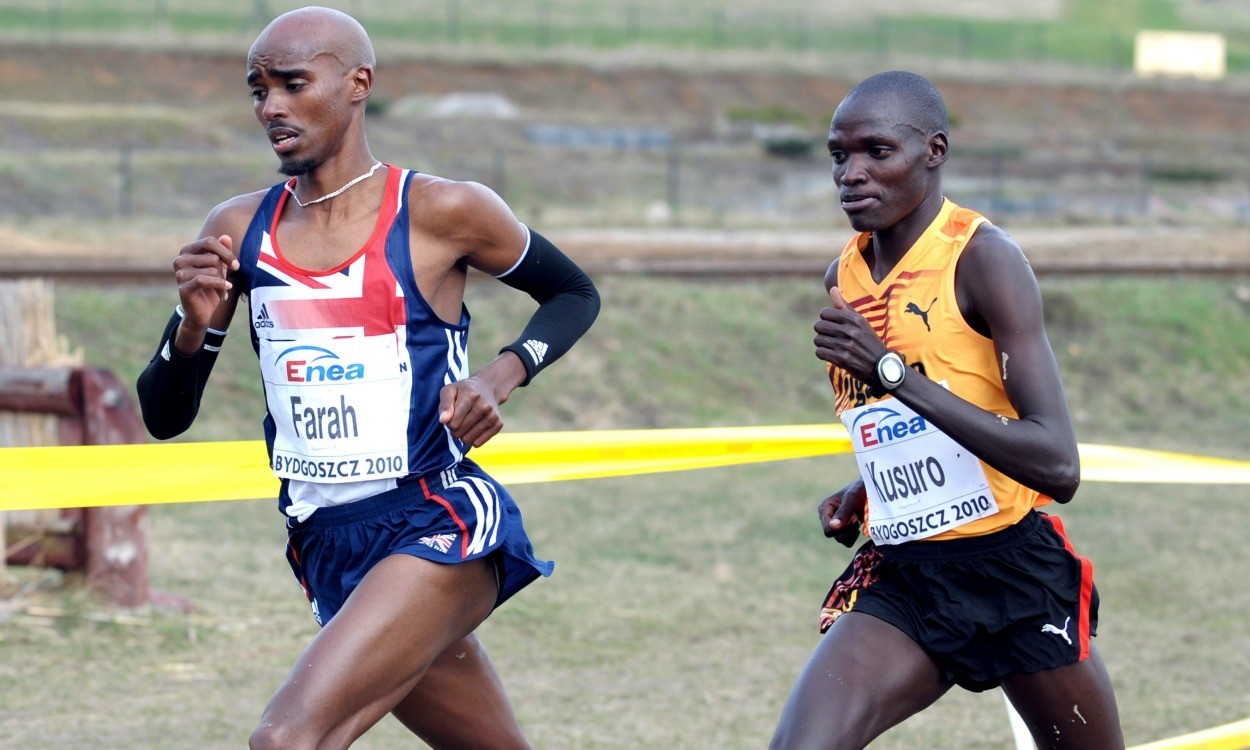 As British male distance runners dust off their cross-country spikes ahead of a winter season on the mud, they learn this week that most of them have virtually no chance of representing their country at the biggest meeting of the season – the IAAF World Cross Country Championships in China in March. British Athletics says it will only take senior athletes “who have the ability to be competitive (top 30)”. It is a harsh standard that only two British senior men have achieved in the past decade – Mo Farah and Jon Brown.

If this selection strategy had been operating when Farah was in his early 20s, he probably would not have been picked for his first three senior world cross country championships. After placing 59th in the junior men’s race in 2001, Farah was 74th and 40th in the short-course senior race and 37th in the long-course race before improving to 11th in 2007 and 20th in 2010 – followed by world and Olympic track golds galore from 2011-13.

More dramatically, Steve Jones would surely never have got a look in if he had been racing today. In 1977, aged 22, he placed a lowly 103rd in the World Cross Country Championships before going on to break a world marathon record seven years later.

Or how about Eamonn Martin – like Brown and Farah a UK record-breaker at 10,000m – and who, like Jones, went on to win the London Marathon. He was 43rd and 93rd at his first two world cross events before going on to place in a top 20 a couple of times. Allister Hutton, another London Marathon winner, was similarly outside the top 100 in his first of 10 world cross events he did. The list is endless when it comes to athletes who cut their teeth at the world cross before going on to greater things.

Back then, of course, there were far more British men at the world cross due to the fact there was no GB team and, instead, the home countries each had their own separate squad. At the 1977 championships in Dusseldorf, for example, where marathon legend Jones was outside the top 100, England, Scotland and Wales fielded nine athletes apiece.

Then, in 1988, the decision was made to create a unified GB team for the world cross. It was a dubious move that some believe has contributed to the decline of endurance standards because it removed the carrot of international competition at the highest level for many.

For British senior women this winter, the world cross selection situation is the same. They must convince selectors they have the ability to finish in the top 30 in China and recent results show it is more achievable. Gemma Steel, for example, was 31st in 2013, Charlie Purdue 14th and Hatti Dean 21st in 2011, Steph Twell 23rd in 2010 and so on. Saying that, Paula Radcliffe only just squeezed into the top 20 at her first three world cross races from 1993-96 before eventually winning senior gold. (I wonder what the world marathon record-holder thinks of this latest ‘top 30’ strategy).

On good side, UKA will at least be sending junior men’s and women’s teams to the 2015 World Cross. Britain is also far from alone when it comes to running scared from the East Africans. Neither Russia, Germany nor any of the Baltic or Nordic nations took part in the last world cross in Poland in 2013. In fact, Britain has been one of the strongest supporters of the world cross up until now.

Not surprisingly, the IAAF is understood to be disappointed by UKA’s plan. Liz Lynch-Nuttall (née McColgan), meanwhile, is among the ex-international athletes to voice their disapproval.

Lynch-Nuttall, winner of world 10,000m gold and big-city marathons in New York City and London, finished 71st in her first world cross country championship in 1982 before going on to win silver and bronze in 1987 and 1991. Writing on Facebook, she said: “We know how important cross country running is and that it is the backbone to building strong endurance athletes. The news of only sending an athlete capable of a top 30 placing is ridiculous.

Lynch-Nuttall added: “I’m sure the sponsors (the official GB kit sponsor is Nike) would prefer to see their money invested in full teams competing at major championships. We have had many medals won from GB athletes over the country and what a negative message we are sending now to youngsters – you’re not good enough in our eyes so no point in trying. Such a joke.”

Dave Buzza, a 2:11 former GB marathon international, said: “This is ridiculous. We take sprinters to every championships just to act as reserves in case people get injured or to run a heat. Runners would self-fund if it’s a monetary issue.”

He added: “It takes away a powerful incentive for distance runners. I would never have been selected using these criteria, having placed seventh in the trial in 1988, but got in as a reserve for Tim Hutchings and finished 34th (fourth Brit out of nine). Athletes need some sort of reason to continue in a very tough sport.”

Steve Kenyon, best known for his Great North Run victory in the 1980s, said:” I went to nine World XCs gaining one gold, two silver and one bronze team medals, but I only finished top 30 in three of those nine – a fantastic learning curve for any athlete. A terribly shortsighted decision to say the least.”

Naturally, the cross country terrain is ever-changing. While the world cross used to be a classic clash involving everyone from top milers to marathoners, it now massively dominated by African runners and held only every two years. The European Cross Country Championships has evolved into the main focus for Brits, offering decent competition, less travelling and the feel-good factor of every athlete in the team often coming home with a medal.

The British Athletics selection theory for the world cross is short-sighted, defeatist and will sap the spirit of any ambitious runners who felt they had a sniff of representing their country on the world stage

The world cross, though, remains the ultimate test of cross country. So it is disappointing that British senior men will have such little chance of taking on the world’s best at the end of this season. Plus, even if they are not ‘competitive’, what’s wrong with simply earning a national vest and being part of a world championship? Most athletes would love the honour and cherish the memory to their grave.

The British Athletics selection theory for the world cross is short-sighted, defeatist and will sap the spirit of any ambitious runners who felt they had a sniff of representing their country on the world stage. It is not too late for a change of heart, though.

British Athletics say they will not publish their world cross selection policy until December 1, so there is time for the cross country community to make its voice heard. The British Athletics cross country co-ordinator is Mick Woods, a passionate stalwart of the cross country scene who can often be seen – and heard – screaming support to athletes he coaches, many of whom have made an impact at the world cross, and you can email your view to him here: [email protected].

The choice is simple. Do we avoid the Africans like cowards and deprive British athletes of experience on the world stage? Or do we boldly march full teams into China next March to give the next generation of Farahs and Vernons a taste of what it takes to be the best?