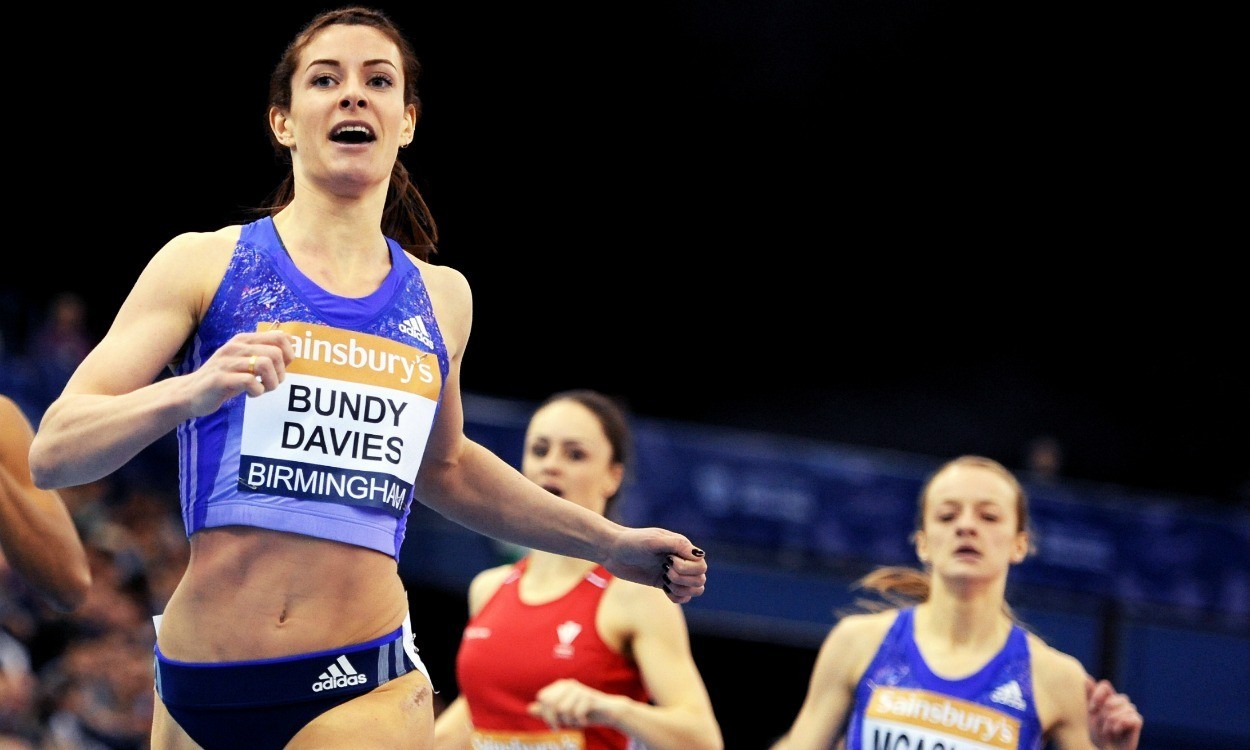 Until May last year, Seren Bundy-Davies had not broken 54 seconds for 400m. Then, last month in Birmingham, the 20-year-old clocked 51.72, beating the world indoor champion and going to second on the world list.

It’s understandable, then, that the Trafford AC athlete has admitted to a little disbelief in the fact that she is the continent’s No.1 400m runner ahead of this weekend’s European Indoor Championships in Prague.

Bundy-Davies had opened her season with a 52.20 in Vienna, which was three tenths below her outdoor PB. Although favourite to win at the Sainsbury’s British Championships, she fell when leading around the final bend.

The biomedical sciences student has risen to international standard this year after setting the Welsh qualifying standard 22 days too late in 2014, having suffered a niggle in the build-up and missing making the Glasgow Commonwealth Games. So it was some turnaround to beat sub-50-second American Francena McCorory into second at the Sainsbury’s Indoor Grand Prix in Birmingham.

“I can’t believe it really because last year running 54 indoors, it wasn’t a setback by any means, but I think a few questions were asked as to whether I would make a good indoor runner, so I’ve really glad I’ve put a performance down which makes people think, ‘maybe this girl can run indoors’,” she said.

“Running 52.2 in Vienna was probably more surprising because before that my PB was 54 indoors.”

She added: “I knew I was in 52-low shape. I executed that race exactly how I wanted to. I’ve not run as fast as that in training so it is a little bit of a shock but at the same time I said to Steve (Ball, her coach), ‘when I came around that top bend last week I felt amazing, like I could keep going,’ but unfortunately I got tripped.

“Running 52.2 in Vienna was probably more surprising because before that my PB was 54 indoors”

Bundy-Davies is still relatively new to the sport, having originally started in cross country in school. She was more into football and had trials with Manchester City, but she said: “I didn’t pursue it because I loved playing football with my brothers and when it went to male and female I thought, ‘I’m not really keen on this’.”

Sport then took a back seat for a while before she took up hockey and played to county level. She was then urged by her PE teacher to start running again.

“I kind of worked my way up, did some school competitions and went to English Schools,” she said. “I finished fourth in 2012 and thought, ‘I’ve got a massive opportunity here to see how good I could be.’ I then stumbled across Steve Ball and the rest is history.”

Despite running an impressive 800m PB of 2:03 800m last summer, she is keen to keep her focus on the shorter distance for the moment. She said: “I trained with a middle-distance group before but I was never really an 800m runner. I always did 400s and maybe the occasional 800m to help out the club.

“I did 800m last year for fun, if you can call it fun. I wanted to see where I was as I potentially might have a future at 800s, but at the moment it’s definitely the 400m.

In fact, she is now focusing more on speed as Italian Marta Maffioletti, who is a better 100m and 200m runner than Bundy-Davies, has joined the training group, which she feels has benefitted her greatly.

» See this week’s Athletics Weekly magazine, out in shops on Thursday, for a preview to the European Indoor Championships in Prague