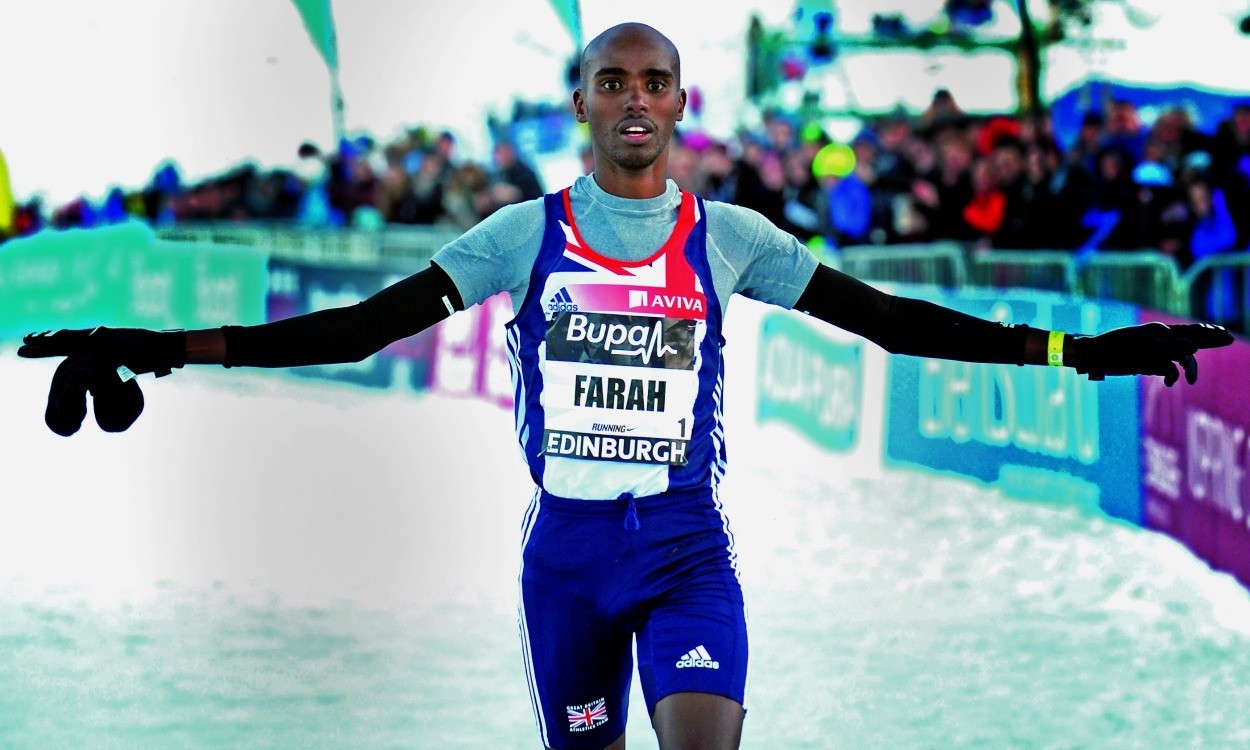 Double Olympic, world and European track champion to return to competing on the country for the first time since 2011

Mo Farah is set to begin the countdown to his world 5000m and 10,000m titles defence by returning to competitive cross country action for the first time in four years at the Great Edinburgh Cross Country on January 10.

The 31-year-old last raced on the mud at this meeting in 2011, when he dominated the 8km event to claim victory ahead of his now training partner and Olympic 10,000m silver medallist Galen Rupp. That year he went on to successfully defend his European indoor 3000m title before claiming his first world gold with victory over 5000m in Daegu, also adding world 10,000m silver to his haul.

“Next year will be an important year for me and I’m looking forward to returning to the Great Edinburgh Cross Country to kick off my season,” said Farah, who won his first international title when he claimed gold in the senior men’s race at the European Cross Country Championships in Italy in 2006.

“For many years I ran cross country to build my base for the summer track season and it will be nice to return to Edinburgh and try to repeat my winning run of 2011 there.”

Farah has experienced a series of highs and lows in 2014 as the Alberto Salazar-coached athlete ran an English record for eighth place on his marathon debut in London in April but was later forced to withdraw from the 5000m and 10,000m at the Commonwealth Games after illness. He returned to the track to regain European titles over both those distances before breaking Steve Ovett’s 36-year-old British two-mile best in Birmingham. He then became the first British man to win the Great North Run since Steve Kenyon in 1985, running a British half marathon best in the process.

“It was a fantastic feeling winning the Great North Run in front of a home crowd in September and I’m sure there will be plenty of support in Edinburgh for my first event in 2015,” commented Farah.

Farah has also confirmed his intention to compete at another event on UK soil early next year as he is set to race at February’s Sainsbury’s Indoor Grand Prix in Birmingham.

The Great Edinburgh Cross Country, which forms part of the IAAF Cross Country Permit series, takes place at at Holyrood Park and is to be televised live on the BBC, while the Great Winter Run, held on a 5km course that loops around Arthur’s Seat, takes place on the same day.

» For more on the Great Winter Run see greatrun.org/winter