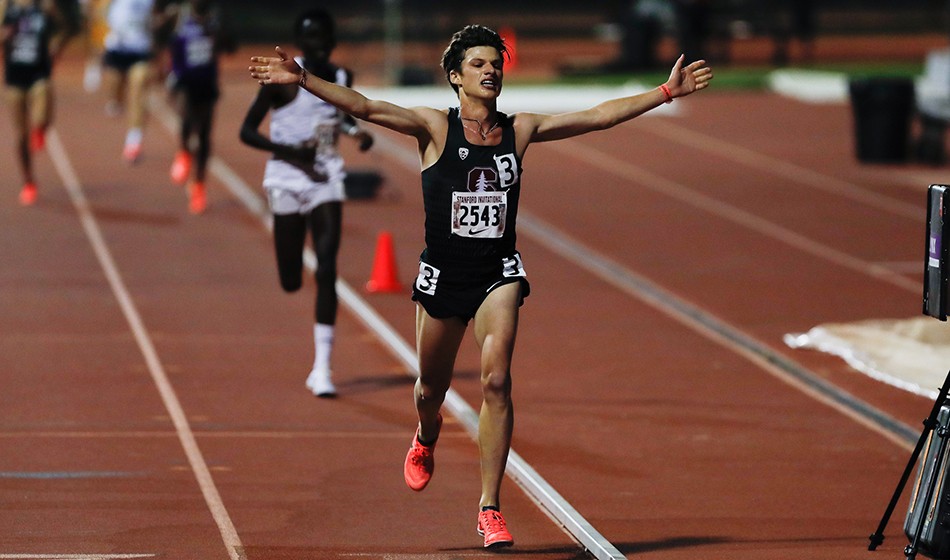 We speak to a US-based rising star whose recent 28:25.29 places him No.2 on the UK all-time teenage rankings behind Dave Bedford

Over the years Britain has had some great teenage talents in distance running and it may have unearthed another in Charles Hicks, even though his development has unfolded thousands of miles away from the country he represents.

With just one performance in a British vest and a singular appearance in a major British race, he probably is not on the radar of all UK distance running fans. But his 28:25.29 winning 10,000m debut at Palo Alto early in April left him behind Dave Bedford’s 28:24.4 from 1969 on the all-time UK teenage rankings.

Bedford’s mark was a senior British record at the time and he went on to break the world record at the distance. He was just 19 when he ran 28:24.4 and, like Hicks, not eligible for under-20 records as he reached 20 later in the same year.

Binns set a world junior 5000m record at the age of 19 of 13:27.04 and only his predecessor as world junior record-holder, Dave Black, is ahead of Hicks on the UK lists courtesy of a 13:27.85 fourth place in the Olympic trials – again when he was no longer an official junior.

He added: “This meant that I just had to race with heart and take whatever I got. Thankfully, the competition was willing to go for it as well and Alex Masai and my team-mate Alek Parsons were all able to walk away with great times. I had no idea that this was close to a UK teenage best, but knowing that now I’ll certainly hope to run that down before I turn 20!” 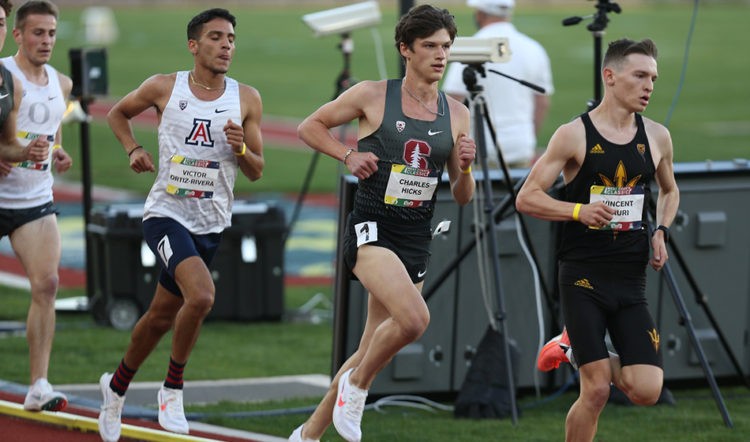 The 5000m followed a fortnight later. “The 5km was very similar to the 10km, I knew that it would be paced for 13:45. My coach, Coach Santos, told me to be patient through 2-3km and just to tear into the last mile. Luckily my legs were feeling great on the day and I was able to walk away with a 5km debut that I’m over the moon with!”

Both of his races have come in the USA where he is a freshman at Stanford University and he explains his background. “I’ve been based in the USA for the past seven years. After being born in London, I lived with my family in Fulham for 12 years. Since it was the place I took my first steps and learned to compete, choosing to race for GB has always been a simple one for me.

“I think I realised that there was something there when I won my first ‘Cross-Country’ inter-scholastic race at Thomas’s Battersea. That served as my starting point and was a huge confidence booster. Since then, I’ve just been in love with the sport. I’m enjoying every mile and trying not to lose sight of what got me to this level in the first place.”

While he had never previously raced the classic Olympic track distances until this April, he did have experience of racing shorter events in his earlier teenage years and the earliest race we could find for him was an 9:33.21 indoor 3200m in Winston-Salem in January 2017. 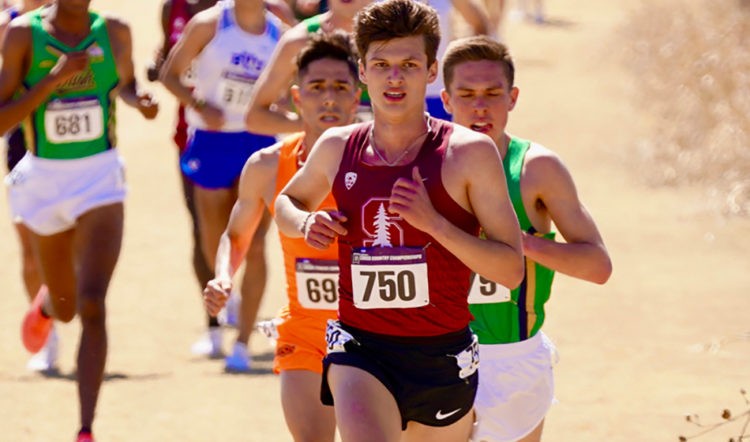 “I actually remember very little about that season as it was the last time I was seriously injured!” he says. “Due to some tightness around my knee and an inability to properly rotate my pelvis I was unable to run more than two miles without stopping.

“Thanks to a string of early mornings trying not to drown in the pool and incredible support from my high school coaches, I was able to still maintain some fitness and qualify for the Florida state meet placing fourth in the 3200m (two miles).

“I think experiences like that can really show you how mental the racing component of the sport can be and definitely aided my growth as an athlete.”

The first time he made an impression on British fans though was his run in Liverpool in 2019 which incorporated the European under-20 cross-country trials and he finished second in 21:28 behind Matt Willis’s 21:13. That run was followed by the European Championships in Lisbon where his fifth place in 19:05 led home the British team to victory in a race won by Jakob Ingebrigtsen.

“Liverpool and the Euros were such an amazing experience for me as it was both the biggest gamble and largest pay-off of my career at the time,” he says. “Flying all the way to England for the trials was exhilarating as I wasn’t racing most of that season.

“I was nervous about whether I’d make the team and also how the dynamic would be as someone who seems very American at first glance. Thankfully, I’m happy to say that both races went about as well as I could have dreamed, and my GB team-mates could not have been more accommodating and friendly. To come away with the team win for GB is an experience I’m not soon to forget and will absolutely look to repeat it in the future.”

Racing was in short supply in 2020 but he did find time for indoor mile and 3000m PBs of 4:10.53 and 8:08.81 in his final year as a junior before emerging in great form in 2021 on the country and he was second in the Pacific 12 race and then 14th in the NCAA Championships and his brave run with three more years of opportunity suggests he could be a future medallist at the event.

“Being up with the leaders this cross-country season has meant more to me than the performance,” he says. “I’ve always tried to race ‘well’ but struggled to shoot for the win, especially in larger competitions. Whether that was the result of lacking confidence or inexperience, it was something I was determined to improve upon as I headed into college.

“For this reason, breaking through that fear and being able to hang with the best gave me an extraordinary boost. I left it all out on the course in Oklahoma, and even though I slipped a couple places from my ambitious start, I know that the fire and desire to compete is still there. I would like to improve my finish and feel more comfortable through 5km, but I believe it was still a good start.”

His training at Stanford is working well and his enjoyment is clearly evident. “Life at Stanford is both wonderful and hectic,” he explains. “Being surrounded by so many like-minded athletes and amazing people, it’s easy to get swept away by the possibilities of every day. Everyone here is doing something at the highest level and while that can be intimidating, it also creates a competitive and passionate team culture that I think will reward us in the long run. Pun semi-intended.

“Right now a typical training week consists of a long run, two workouts, a medium long run and three easy days. I’ve been at around 80-85 miles a week all year but will hopefully look to increase that soon. For now I’m just continuing to enjoy the simple pleasures of training with some of my best friends in one of the most beautiful places on Earth.”

For the future, it looks as if the NCAA Championships will be the summer target but as he has two European under-23 qualifying marks it gives him something else to consider though he will also be eligible for the 2023 edition, so time is on his side (the European Under-23 Champs are in Norway from July 8-11).

“There are definitely still many factors to consider but it’s an incredibly exciting opportunity! As of now, I’m focused on the NCAA circuit but will be re-evaluating how I’m feeling with my coaches towards the end of it to make a decision about the Euros.

“I’m trying to take it day by day for now but the prospect of competing for GB is always intensely tempting.”

Will he join the long line of British endurance medallists sooner or later? Any athlete sitting above Farah and Stewart – Britain’s only Olympic 5000m medallists in the last 60 years –  in any all-time lists suggests future success.