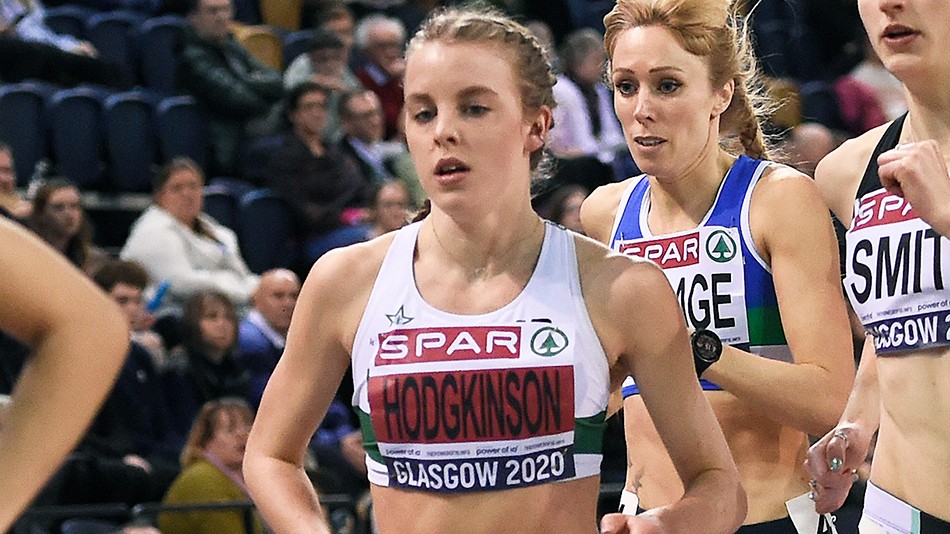 British middle-distance talent impresses in spectacular style with 1:59.03 in her first race of 2021 in Vienna

Almost one year to the day after setting a European under-20 indoor 800m record in Vienna, Keely Hodgkinson returned to the same track on Saturday (January 30) to slice more than two seconds off that time with a world under-20 indoor mark of 1:59.03.

The performance also lifts the 18-year-old to No.4 on the UK all-time indoor senior rankings behind Jemma Reekie, Jenny Meadows and Laura Muir – and ahead of the double Olympic champion Kelly Holmes, plus British internationals such as Shelayna Oskan-Clarke and Lynsey Sharp.

Hodgkinson, who does not turn 19 until March, sat just off the leaders as they passed 200m in 27 seconds and halfway in 57 seconds. But she surged into the lead during the third of four laps and ran away from her rivals to smash the two-minute barrier and world under-20 record, which was set by Ethiopian Meskerem Legesse in 2004, by exactly two seconds.

Behind Hodgkinson, Nadia Power ran an Irish record of 2:02.44 in second place.

“It was all about not panicking when they all went off so fast but to be honest it could not have gone better so I’m really happy,” said Hodgkinson, whose PB going into this weekend’s race was 2:01.16 set in Vienna last winter.

“It’s my first race of the season. I did this meet last year so I seem to run quite well here. I’m not sure what’s next but you take what you can in these uncertain times. I’m just really happy to be racing,” added Hodgkinson, who also endured travel problems en route to the Austrian capital. She had originally been due to race at the BMC elite meeting in Lee Valley but changed her plans last minute when that event was cancelled.

In a lengthy interview at the start of the winter Hodgkinson told AW about her various goals for 2021 but they did not include a world junior indoor record. To break the two-minute barrier indoors in her first race of the season must be beyond her expectations too.

Last year she won the British titles indoors and outdoors and then started studying in Leeds last autumn. But due to the pandemic she has spent stretches back at home near Leigh in Greater Manchester and, more recently, out in Dubai training.

Her next race is likely to be at the Bryggen Sports International on February 13 close to home in Manchester and all eyes will be on her to see if she can get close to Reekie’s UK senior record of 1:57.92, not to mention the 1:58.43 best of Meadows, who coaches her with her husband Trevor Painter.

Also in Vienna there were Dutch record-breaking performances by both Lieke Klaver and Femke Bol. First Klaver won her 400m heat in 51.48 to break the 23-year-old national indoor record but just a few minutes later Bol improved it further by running 50.96 in her own heat.

They both then raced the 200m, with Bol just outside the national indoor record with 23.52 but then Klaver took to the track and ran 23.17 to break the long-standing mark.

From one GOAT to another 🐐