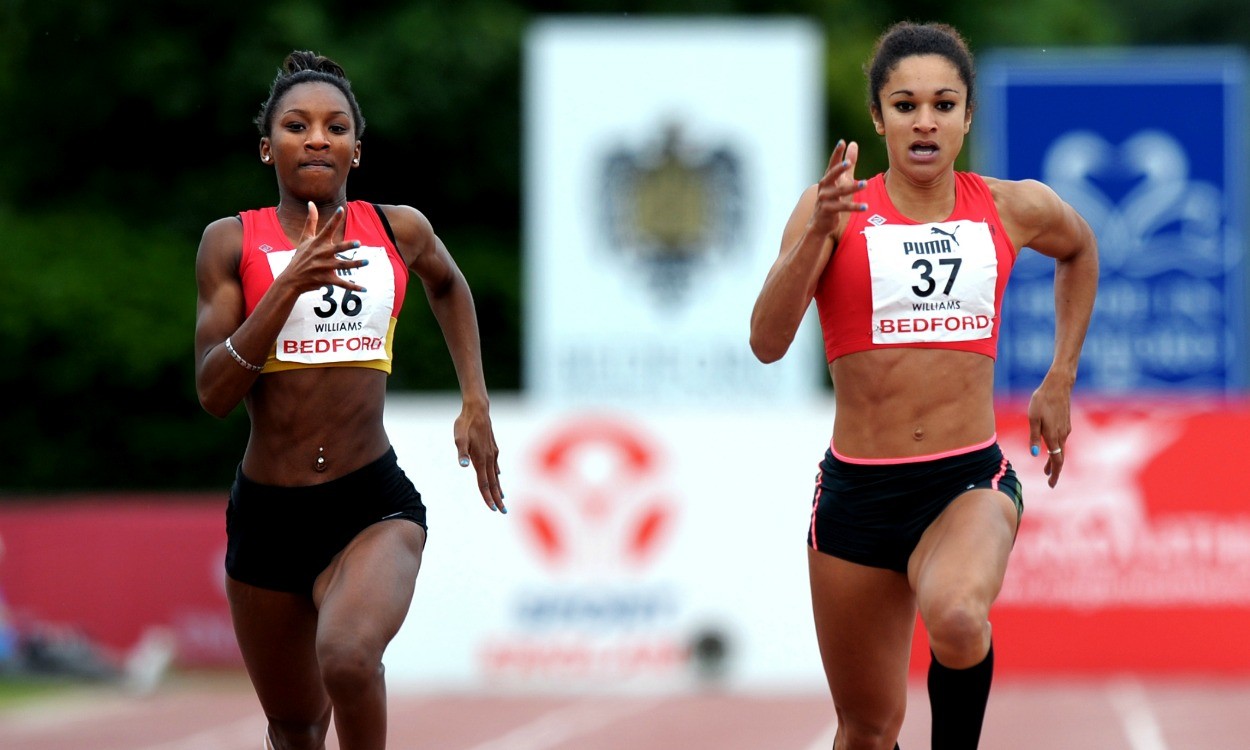 Jodie Williams has revealed she will focus primarily on the 200m in 2016, alongside attempting to break into the 4x400m relay squad for the Rio Olympics.

Williams, 22, was the dominant force of British sprinting during her youth and junior years, winning world and European golds at youth, junior and under-23 levels from 2009-2013.

From 2005-2010 Williams (pictured above, right) was unbeaten in the 100m and lost only one 200m race when America’s Stormy Kendrick beat her to the World Junior Championship title in 2010, putting an end to the Brit’s four-year, 151-race unbeaten streak.

Despite her unprecedented success in the short sprints during the nascent years of her career, Williams, who is coached by Christine Bowmaker, says she feels running 400m has always been an inevitability for her, and that preparing for the one-lap race will put her in a good place to kick on in the 200m.

“There’s no indoor season for me. I’m just focusing purely on getting my body right and doing everything right to the letter.

“I’ve always been told I’m eventually going to end up as a 400m runner. I don’t think I’ll ever be an individual 400m runner but my training is naturally based more towards the 400m anyway so I thought I’d give it a go this year. I enjoy the training and the longer sprints now.

Hamstring injuries have proven a source of frustration for the Hertfordshire athlete, ruling her out of the London Olympics in 2012 and preventing her from competing for the majority of the 2015 outdoor season, thus only making the GB relay squad for Beijing.

The psychological aspect of recurrent hamstring injuries is something Williams admits is something that has been tough to overcome, and the 22-year-old feels a shift away from the short sprints in 2016 is the best option for her body in the long term, as well as her future prospects across the shorter distances.

She added: “I think in 2012 my hamstring was the issue and with it being my hamstring again that is definitely something that really played on my mind and was quite hard to overcome mentally.

“It wasn’t so much the physical aspect. You just do what you’re told to do and get on with it. It is definitely that mental side of things.

“You compare and contrast from the last time it happened, so it can be a very frustrating period. I’m almost happy it happened this year and not next year instead.

“I think raw sprinting takes a massive toll on my body and that’s when I seem to get injured so I think for me to take that load off my body a little bit it makes more sense to focus on 200/400m instead of 100/200m this year, and see how it goes.