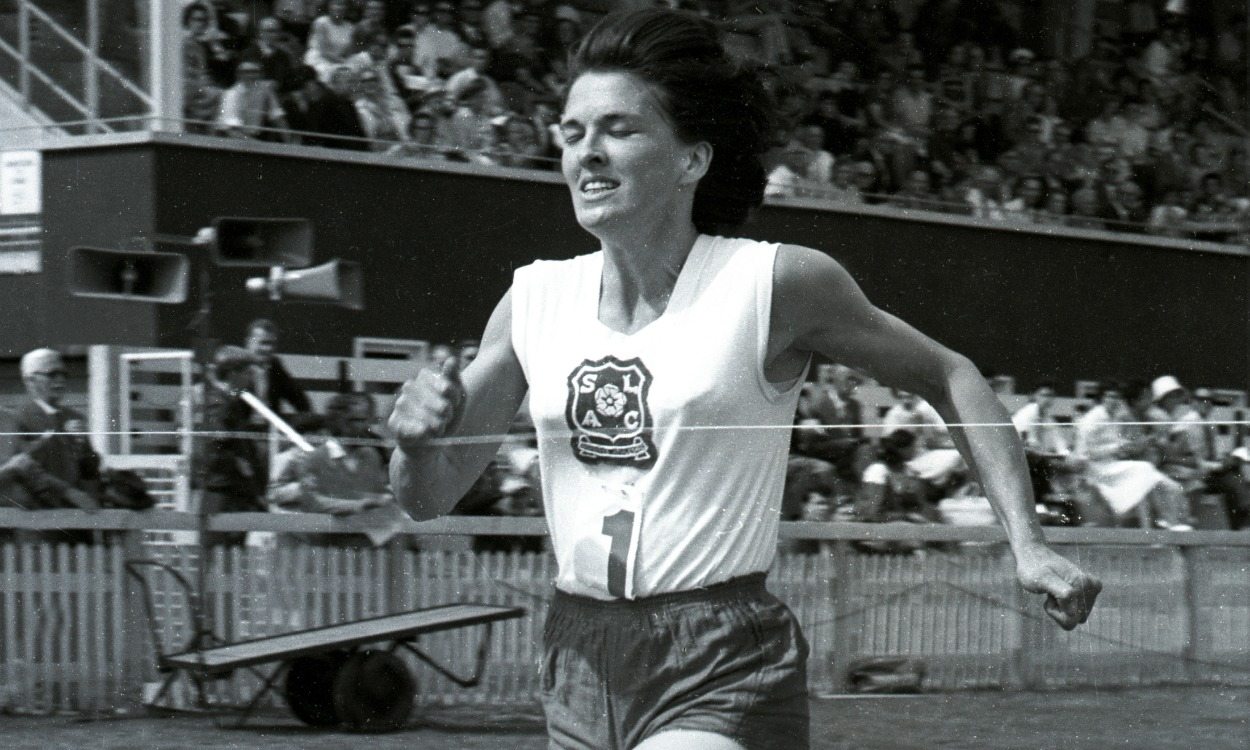 Irishwoman Maeve Kyle OBE had to wait until she was 28 for the opportunity to compete in the Olympics. Prior to Melbourne in 1956, Ireland had only selected male athletes. Then she had to wait until 1964 and Tokyo before her best event, the 400m, was an Olympic event for women. At 37 she won her first major medal, a bronze in the 400m at the 1966 European Indoor Athletics Championships. It was a different world back in 1956 and quite fascinating to hear her story.

“I have always reckoned that I was the Irish suffragette of athletics,” said Kyle, now aged 87. “In 1956 I was the first Irishwoman in athletics ever to go the Olympics. I competed again in 1960 and 1964 and also had the privilege of going to the 2000 Olympics as a coach, so I went to four Olympics.

“This was because men thought that women were not capable of running longer distances and that it wouldn’t be nice if they fell down and had to be resuscitated. I suspect that events like the hammer, triple jump and pole vault were thought to be not healthy for women, but I don’t think at that time there was any medical evidence to prove or disprove it.

“You need to understand that at that time all sport was male-dominated and women played social sports rather than competitive sports.

“As far as my involvement was concerned, I don’t think men had any great hang-ups about it, but some older woman did and there was more opposition from, say, my mother’s age group than anyone else. They did not approve and I think I made them feel uncomfortable. I had the distinction of having a letter in the Irish Times saying what a disgraceful hussy I was going off to the Olympics, leaving my husband and small child behind. That shows you the attitude of certain sections of what was a very conservative society.”

Kyle was, of course, a complete amateur, a young mother, training where she could. “In preparation for Melbourne 1956 I trained on the road because I didn’t have a training facility and the grass was often too wet and soggy,” she recalled. “I remember training once on the local school cricket pitch and was sent packing! So I just trained where I could. My husband, Sean, was my coach and I used to train in his lunch hour on a cycle track at the local football ground. And it was fine – it was flat and hard, of course sometimes it rained and was windy – but I was able to train.”

She played international hockey, gaining 58 caps for Ireland. “It broke up the year for me, so that it wasn’t just athletics and athletics training,” she said. “And it also gave me, I felt, a good all-round fitness. And I loved having a summer and winter sport. Just running 100m and 200m suited me as the training was manageable – I don’t think there’s any way as an amateur that I could have managed the amount of training people do today.”

She related a story of how her daughter almost fell foul of the strict amateur rules. “We were once invited to the Scottish Games and there was a children’s race and my daughter won and got a small cash prize,” she said. “But I had to say to her, you will have to give the money back or you won’t be allowed to run again – and I wasn’t totally joking because another child, aged 11, had actually been banned (and deemed to be a professional) for accepting a small voluntary prize. That shows you how amateur the sport was in those days.”

But what had she got out of athletics? “Millions of hours of enjoyment, fun and friendship. I still keep in touch with huge numbers of athletes. One of the joys of Facebook is that I am suddenly in touch with an athlete that I have not heard of for 30 years. I remember in Rome in 1960 sitting down to eat with a young Cassius Clay (Muhammad Ali). He was a lovely guy. But you could feel he had greatness ahead of him. And it is moments like that in your career that always stay with you.”