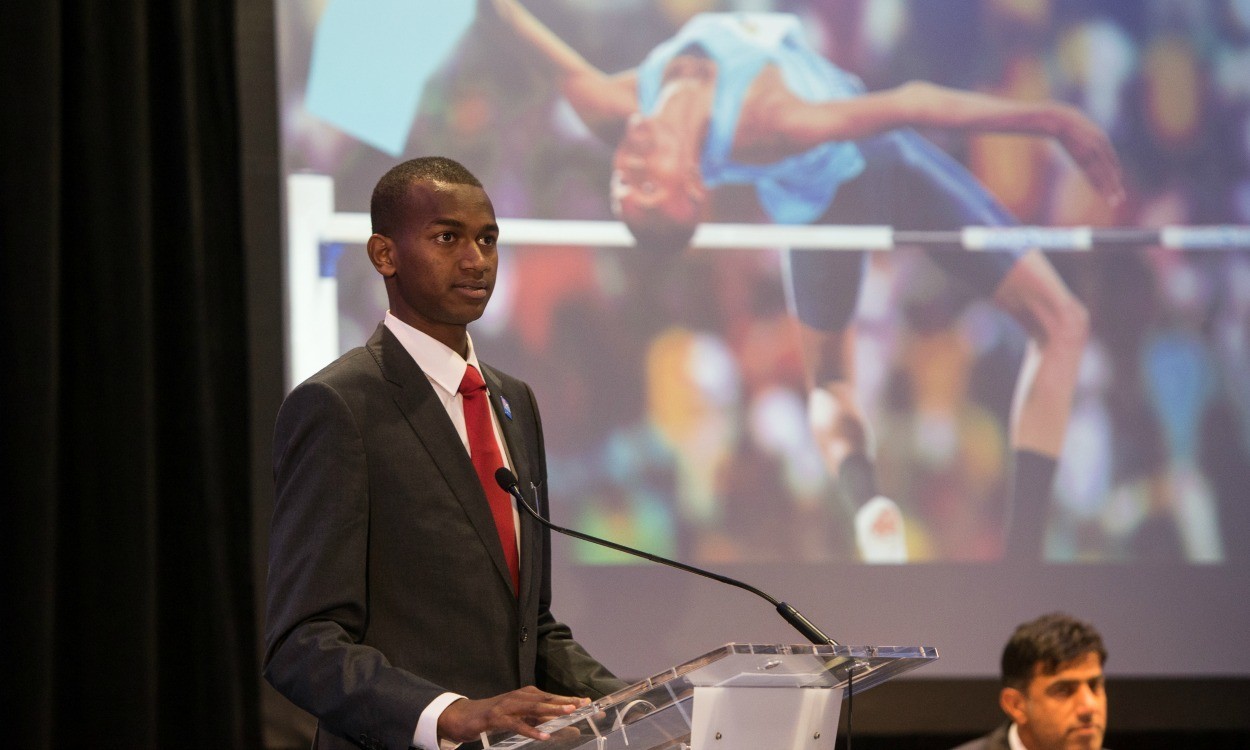 Doha is to host the 2019 IAAF World Championships following a vote by IAAF council members in Monte Carlo on Tuesday.

The race to stage the global athletics event in five years’ time had remained close, right up until the final stages when the three candidate cities – Doha, Eugene and Barcelona – made their final presentations in Monaco.

But following being narrowly beaten by London three years ago when bidding to host the 2017 edition of the event, Doha this time succeeded and in 2019 the world’s third largest sporting event will be staged in the Middle East for the first time.

Following the decision, head of the Qatar Olympic Committee and chairman of Doha’s bid, Sheikh Saoud Abdulrahman al-Thani, said: “It is a great honour for Doha to have been elected to host the 2019 IAAF World Championships in athletics.

“We would like to thank the IAAF for the trust they have placed in us and guarantee to deliver on our commitments. We extend our warmest appreciation to the teams from Eugene and Barcelona for their friendship, fair play and respect throughout the bidding process. It has been a privilege sharing this journey with them.

“Hosting the IAAF World Championships has been our dream since 1997 and we are committed to hosting an exceptional event that will connect the world of athletics and cement a true legacy for the sport. At this time of dramatic sporting growth in Qatar, hosting Doha 2019 marks a new era in our sporting achievements and winning this bid is one of our nation’s proudest moments.”

The Qatari capital won by 15 votes to Eugene’s 12 in the second round of voting. In the first round, Doha received 12 votes, Eugene nine and Barcelona six.

September 28 to October 6 are the proposed dates for the championships, with marathon events set to be held in the evening to avoid the high temperatures.

Given the time taken to deliver the decision, chatter on social media turned to whether a close vote could result in the 2019 and 2021 host cities being named at the same time. But that was not the case and, like Doha, both Eugene and Barcelona will need to return to bid again if they wish to host a future edition.

Up first, Eugene relived footage of Ashton Eaton’s decathlon world record in Oregon as the 26-year-old appeared on screen to describe the magic of Hayward Field. Eight-time world champion Allyson Felix – in Monaco on her 29th birthday – also mentioned that magic in her role as speaker, while world record-holder Hicham El Guerrouj, speaking in French, said: “In one word, Eugene is the mecca of track and field.”

In closing, it was commented: “Destiny is calling us. America is waiting. Eugene is ready. Let’s tell our story together.”

The Barcelona presentation led off with promises of technology and innovation, both in terms of how fans can follow the action and the facilities on offer. “We’ll turn the whole of Barcelona into one big stadium to bring a whole new dimension to athletics,” it was said on the bid video, with events planned for outside of stadiums and “in the most unexpected places.”

There was mention of the weather, which was described as “ideal” for both athletes and spectators. Appealing to a new young digital generation seemed key in the presentation, though this did not appear to have been demonstrated with an online or social media campaign during the bid, Athletics Weekly‘s editor Jason Henderson noting that he had received only one press release from Barcelona 2019.

Ultimately, though, the IAAF council were won over by Doha’s strong presentation, which included a passionate speech by Qatari icon Mutaz Essa Barshim (pictured above).

The high jumper – second on the all-time list thanks to his 2.43m clearance in September – spoke about the 2019 championships being important to inspire a younger generation.

“To be a champion it takes a lot of hard work and dedication but before that we need to start with inspiration,” he said. “We need a spark to start the fire.”

He added: “We need to take athletics to new places. To expand the sport that we love”.

Taking to the stand, Aphrodite Moschoudi, senior advisor of the Qatar Olympic Committee, opened by saying “it’s good to be back”, following the city’s failed bid in 2011.

She also followed the theme of growing the reach of the sport, addressing concerns as to the temperatures in Doha at that time by saying how average temperatures will be lower than at the Doha Diamond League meeting in May and in line with that of other recent hosts of the event. With money and technology on their side, she also said how solar powered climate controls for outdoor spaces would be available to make it cooler if the IAAF should wish to use them.

“We want the IAAF to be the first sport organisation to break down barriers as to which countries can host world championships around the world,” she said.

Also mentioned was the country’s passion for sport and how, with a proposed date of September/October, the event could be a “spectacular grand finale to the season”.

Dahlan Al Hamad, president of the Qatar Athletics Federation, closed the presentation by stating: “It won’t be an easy decision and it will take both vision and courage but it is the bold decision that we make in life that enables progress and growth and I know it will be the right decision for our event, for our sport, for the IAAF.

“Every moment we wait is a moment lost for athletics … the time to make this decision for our sport is now.”