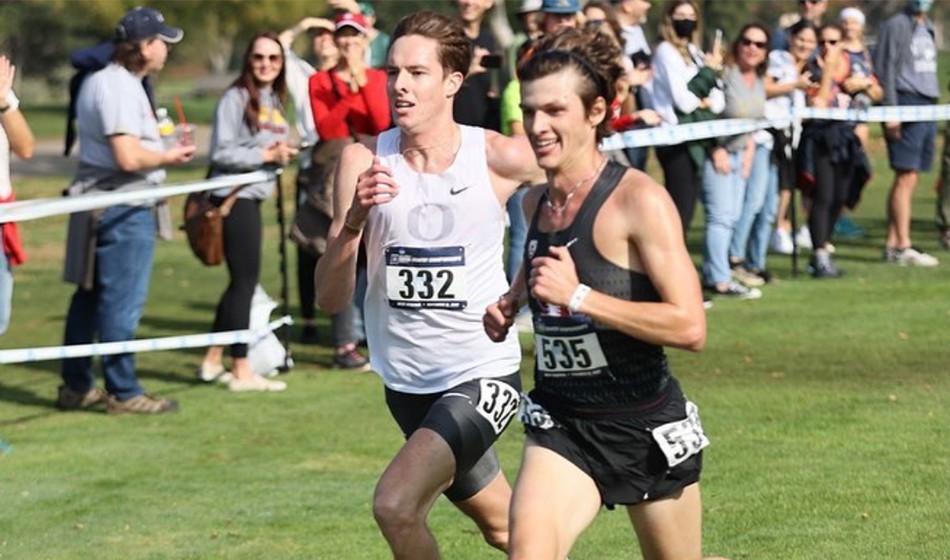 On the eve of NCAA Cross-Country Championships, British athletes show good form in qualifying while there are some course road records from Calum Johnson and Ross Millington

NCAA Div I West Regionals, Sacramento, USA, November 12
Britain’s fastest ever teenage 10,000m runner Charles Hicks again showed top class form and again got the better of 3:50 indoor miler and NCAA 5000m champion Cooper Teare but he had to settle for second as Canada’s Kieran Lumb used his 3:38.21 1500m speed to gain a narrow win in 29:29, one second ahead of both Hicks and Teare.

Hicks had the consolation of leading his Stanford team to victory.

Heaton 10km, November 14
Calum Johnson, the reigning English National champion from his win in Nottingham in 2020, was a clear winner in a course record and big PB of 28:28.

Adrian Bailes was two minutes back in second in 30:23.

Sonia Samuels, who won her English National title at junior level in 1999 was an easy women’s winner in 33:32 and she also set a course record. 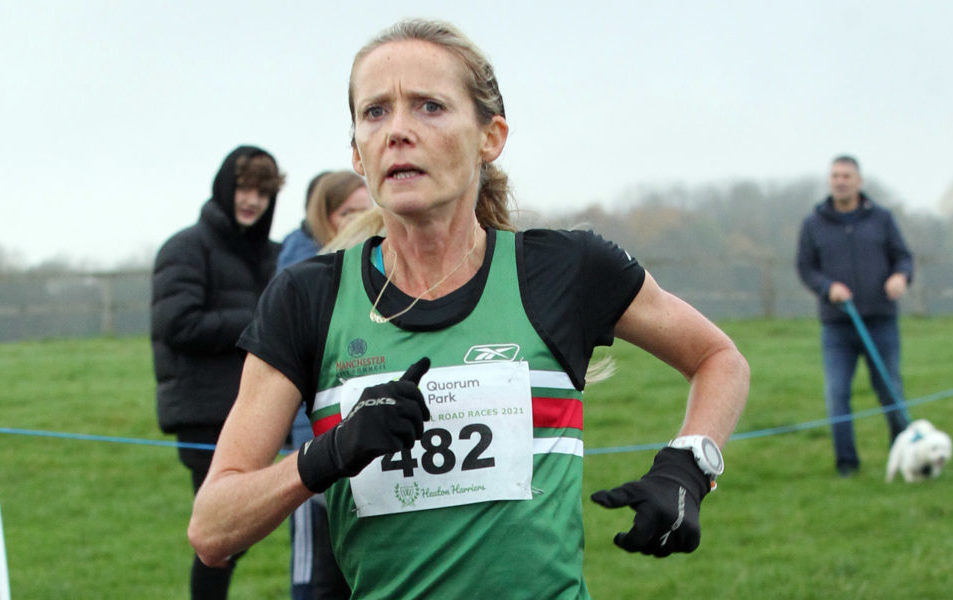 Burgos, Spain, November 14
There were victories for Eritreans Aaron Kifle and Rahel Daniel Ghebreneyohannes at the fourth gold meeting of the World Athletics Cross Country Tour.

Kifle broke clear at 7km but only won the men’s 9km event by a second in 25:33 ahead of Rodrigue Kwizera of Burundi, who had won at the two previous gold meetings in Spain over the last two weekends

Daniel, caused a surprise in the women’s race as she won an exciting four-way battle in the finishing straight to take the 8km event in 25:03 just one second ahead of Kenya’s Beatrice Chebet with world 5000m silver medallist Margaret Chelimolaso on 25:04.

Movistar Madrid Half-Marathon, Madrid, Spain, November 14
There was a course records for Ronald Kiprotich Kirui who came out on top of an exciting seven-runner sprint finish with a PB 59:38 as he opened up a big margin with his kick.

The next three – Ezra Kipketer Tanui, Solomon Kirwa Yego and Alfred Kipchirchir Mukchke, were each timed in 59:44.

Kenya’s Nelly Jepchumba also set a course record in the women’s event as her 67:46 took almost two minutes off the previous record.

Iten, Kenya November 13
There were victories for Robert Kiprop and Edina Jebitok.

Yann Schrub won the 10km race in 30:57, 10 seconds clear of both Felix Bour and Mehdi Frere as European 10,000m champion Morhad Amdouni was only seventh.

W70 marathon breaker Yuko Gordon was timed at 22:25 in her 5km to equal her UK age group lead and it was 17 seconds short of Angela Copson’s UK mark.

Alex Hardy won the men’s half-marathon by seven minutes in 75:48.

With five of the top eight and all their scorers in the first 26, Hercules Wimbledon won by almost 200 points.

Reigate’s Oscar Curry won the combined under 17 and under 15 race.

George James won the later Division 3 and 4 race in 30:02 to lead Dorking and Mole Valley to a clear team success.

Kent Cross-Country League, Bexleyheath, November 13
Verity Hopkins, who had run a 77:34 PB at the Reading Half-Marathon the previous week, improved on her fourth place in the previous league match and led Tonbridge to a team win.

Start Fitness Metropolitan League, Welwyn Garden City, November 13
Jacob Allen was the men’s winner in 23:58 and led Highgate, who had five of the top eight, to a clear team success.

Bath Hawling won the women’s race by a large margin in 28:09 as London Heathside dominated the team event.

Manchester Area League, Sherdley Park, November 13
In his first race since his 2:16:09 in the Virgin Money London Marathon, Jonny Mellor (31:34) came out on top in the men’s race from Nigel Martin (31:42) though the latter was able to lead Sale Harriers Manchester to the team award. 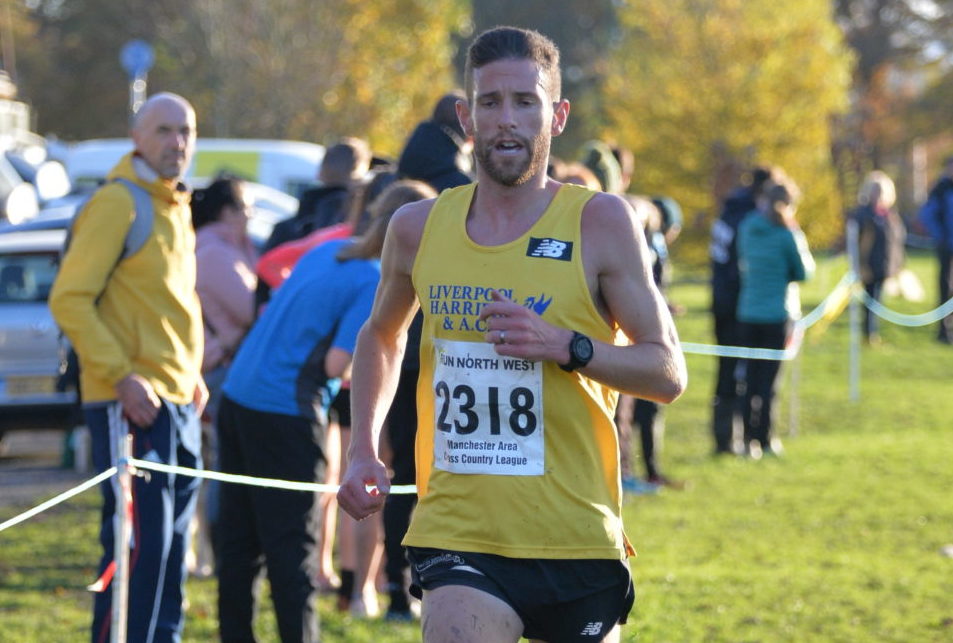 Niamh Brown was first woman in 20:18 just ahead of clubmate Lauren Hall (20:19) as Aldershot dominated both team events.

Authentic Marathon, Athens, Greece, November 14
With no elite runners this year there were home wins for Konstantínos Gelaoúzos (2:16:49) and Glória-Tziovánna Privilétzio (2:41:30), who also won Greek titles.

Gelaoúzos’s time was the fastest ever by a Greek athlete on the famous course.

RunThrough Battersea Park 10km, November 13
Ben Leaman was a clear winner in 31:17 while Georgia Holden was first woman in 36:25.

Birmingham & District Cross-Country League, Crewe, November 13
Omar Ahmed won easily in 29:05 from his Birchfield team-mate Kadar Omar’s 29:22 as over 650 competed with the three divisions being combined.

Midland Counties Ladies League, Crewe, November 13
European Indoor 3000m fifth-placer Amelia Quirk ran her first race since the Toruń event in March and her first cross-country since winning the English National Junior race in March 2020, She won in a time of 21:39 to lead home the winning Birmingham University team.