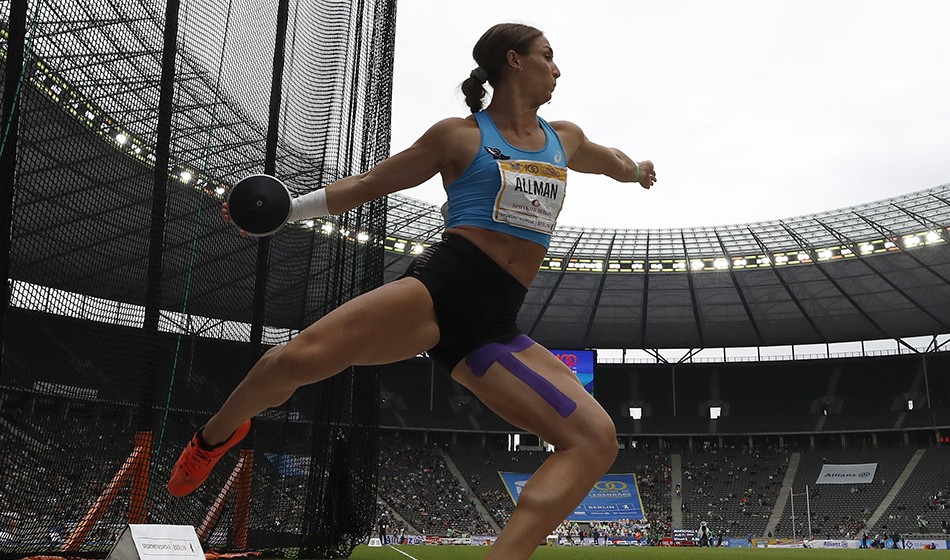 The ISTAF Berlin meeting may no longer have Diamond League status but the famous one-day showpiece which was celebrating its centenary saw plenty of world-class action in the Olympic stadium on Sunday afternoon (September 12).

Valarie Allman had had a near-perfect season, winning the Olympic discus title and Diamond League final. The only slight blot on her copybook was the fact that she still lay a close second in the 2021 world lists.

She rectified that situation with her opening throw in the German capital, however, breaking the American record with a distance of 71.16m to secure a six-metre win over German Kristin Pudenz’s 64.52m.

Allman’s throw moved her to 19th on all-time lists as she joined Sandra Perkovic (71.41m) as the only other member of the top 20 from the 21st century.

“I am still processing it,” said Allman, who was cheered by the 20,000-strong crowd and also threw 68.80m in the final round to underline her dominance and good form. “This stadium, the crowd and the competition were so incredible. This season had so many magic moments. 2021 is coming to an end and I have a PR that is so good. All my work is paying off. My season has been a dream come true.”

Home favourite Johannes Vetter may have only been ninth at the Tokyo Olympics but there is no doubt that, at his best, he is a class apart from the other world’s top javelin throwers. He won in Berlin with an 88.76m second-round throw to finish well clear of Andrian Mardare’s 84.44m.

World record-holder and Olympic champion Karsten Warholm had a routine win in the 400m hurdles in 48.08, with Rasmus Magi a distant second in 48.73.

“Being able to celebrate the 100th birthday of the ISTAF means a lot to me. I love traditions and this is the most traditional meeting in the world, so it is a great honour.”

Another Olympic winner taking first place in Germany was high jumper Mariya Lasitskene, who won with a relatively modest 1.98m from Tokyo runner-up Nicola McDermott’s 1.95m, though she was perfect all the way up to her winning height. 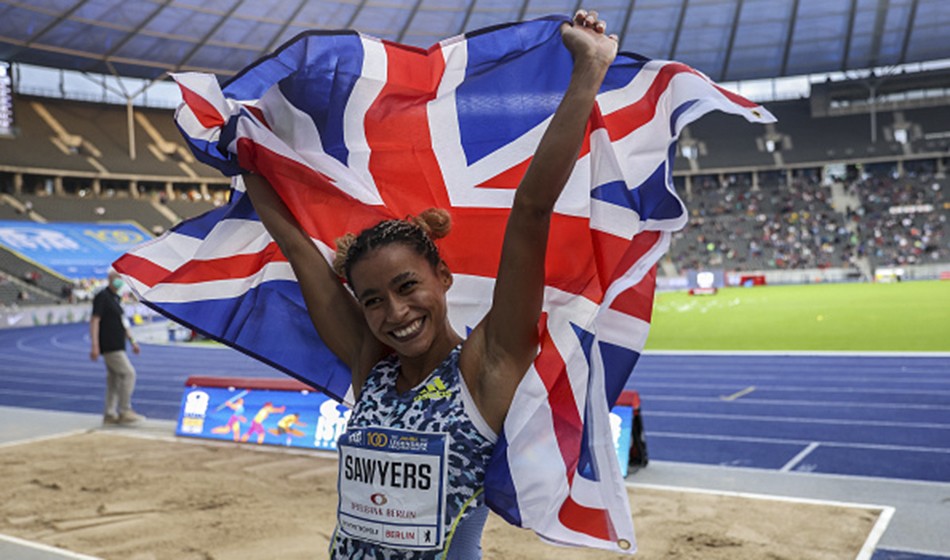 Marvin Bracy kept his sub-10 form going with an easy 9.95 (0.0) 100m win. It was his fifth run under the 10-second barrier in his last seven races, which have come over the space of less than a month.

Two metres back, Britain’s European under-23 champion Jeremiah Azu improved his PB to 10.16 in second.

The other British win of the day came from Olympic finalist Jazmin Sawyers, who finished first with a fifth-round 6.73m/-0.9 leap to defeat Olympic, World and European champion Malaika Mihambo’s 6.70m/-1.1 jump which also came in the penultimate round.

“It was great,” said Sawyers. “I was finding my rhythm throughout the competition. Yesterday I competed in Austria, so I thought that it would be more difficult tonight. But it went really well. I enjoyed the stadium and the crowd and loved to finish my season here in Berlin.”

The Americans dominated the pole vault, with Sam Kendricks winning on countback from Chris Nilsen as both jumped 5.91m, with KC Lightfoot third thanks to his best of 5.81m.

Nilsen, like Kendricks, left the competition with three failures at 6.01m and lost out on victory due to a failure at 5.41m.

USA took three of the top four places in the 100m hurdles but the winner was in-form Dutch athlete Nadine Visser in 12.73 as she just edged Payton Chadwick’s 12.75.

Germany gained a win in the 3000m steeplechase through double European champion Gesa Felicitas Krause in a slow 9:26.00.