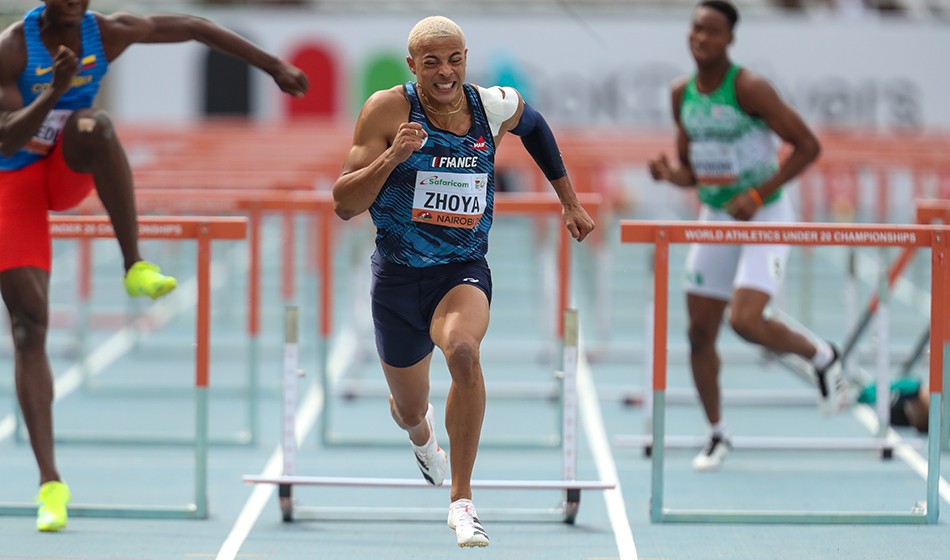 Usain Bolt, Haile Gebrselassie, Mondo Duplantis, Carolina Klüft, Shaunae Miller-Uibo and David Rudisha are among those who have graduated from the World Under-20 Championships to the top of the podium at the Olympic Games.

Sasha Zhoya could be the next after he demonstrated his talent by running a world junior record at the 2021 championships on Friday (Aug 20) in Nairobi.

The 19-year-old, who represents France, clocked 12.93m (-0.4) over junior hurdles in the Kenyan capital despite his shoulder being strapped up and after clipping three of the barriers. It was merely his semi-final as well and he hopes to go even quicker in the final on Saturday afternoon.

An amazing talent, Zhoya now holds world sprint hurdles records in the under-20 and under-18 age groups and the world under-18 record for pole vault with 5.56m.

If his progress continues, he could be the poster boy of the 2024 Olympics in Paris. If he does compete there, he will be one of the host nation’s leading athletes. His nationality decision was far from a formality, though.

His mother is French and his father is from Zimbabwe but he was born and grew up in Perth in Australia. He took part in a large variety of sports in the sports-mad country but showed huge talent in athletics and after deciding to specialise in the No.1 Olympic sport he has decided which country to represent too.

Zhoya was featured in AW magazine almost two years ago when his prodigious talent drew our attention and our article at the time (see below) focused on the race to win his allegiance. 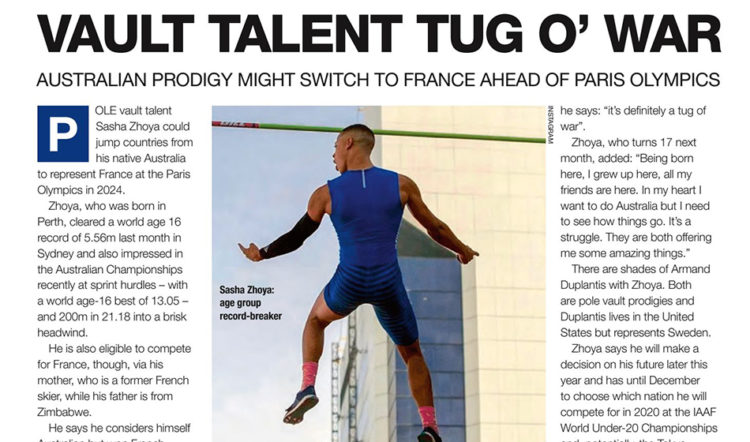 Last month he stormed to the European under-20 title in Tallinn in 13.05 after having run a wind-assisted 12.98 in his semi-final. In Nairobi so far he looks in even better shape and if conditions are favourable he could improve his world under-20 record on the penultimate day of the championships on Saturday.

Elsewhere at the event on Friday, Matvei Volkov of Belarus continued his family’s rich tradition in the pole vault. The 17-year-old from Belarus took gold with 5.45m and is following in the footsteps of his father, Konstantin.

Competing for the Soviet Union in the 1980s, Konstantin won silver medals at the Moscow Olympics and World Championships in Helsinki but was denied the chance to go to the Los Angeles Olympics in 1984 due to the Eastern Bloc boycott of the Games.

Partly due to this and also frustration over the doping-related global ban of the Russian athletics federation, Matvei has switched allegiance from Russia to Belarus and in Nairobi the youngster beat Finland’s Juho Alasaari and South Africa’s Kyle Rademeyer to take the title. 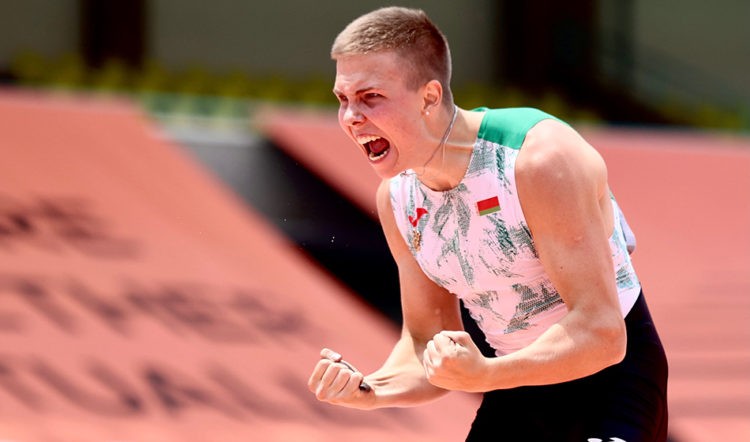 In the women’s discus Violetta Ignatyeva, an authorised neutral athlete, took the title in emphatic fashion with 57.84m.

Finland maintained its tremendous tradition in the javelin with Janne Läspä enjoying victory in the men’s event with a best of 76.46m. It was close, though, as he beat Artur Felfner of Ukraine by just 14cm.

In a similarly close contest, Jan Dolezalek of the Czech Republic took the men’s hammer crown with 77.83m, just 5cm ahead of Orestis Ntousakis of Greece with Jean-Baptiste Bruxelle of France only a further 8cm off that. 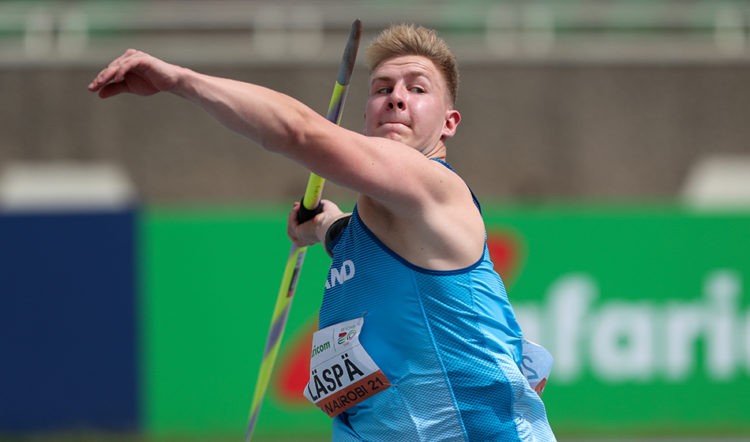 Erwan Konate of France also impressed in the long jump with 8.12m to win ahead of Jhon Andres Berrio of Colombia (7.97m) and Kavian Kerr of Jamaica (7.90m).

In the women’s 3000m, Jackline Chepkoech enjoyed a runaway win for Kenya as she clocked 9:27.40 to finish eight seconds ahead of Ethiopian Zerfe Wondemagegn.

Namibian sprinters impressed in the women’s 200m semi-finals too with Olympic finalist Beatrice Masilingi running a championship record of 22.19 and Christina Mboma winning her heat in 22.41.