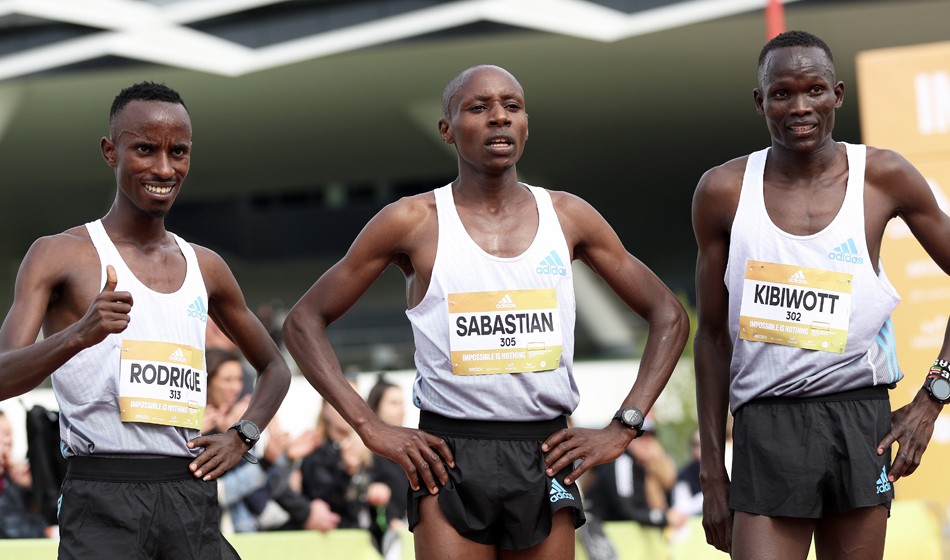 Adidas HQ in Herzogenaurach, Germany played host to elite adidas athletes competing on a specially designed course around the adidas World of Sport campus across 5km, 10km and 21km distances

The course followed a loop of approximately 2.5km on a smooth tarmac surface with a slight elevation on each lap. Conditions were perfect as the first event, the women’s half-marathon got underway shortly after 7am and although temperatures did rise a little throughout the morning of events along with a slight breeze, athletes could not have asked for better weather for record- chasing.

While many athletes improved on their personal bests, the race of day in terms of records was the men’s 5km where a total of four national records were claimed. 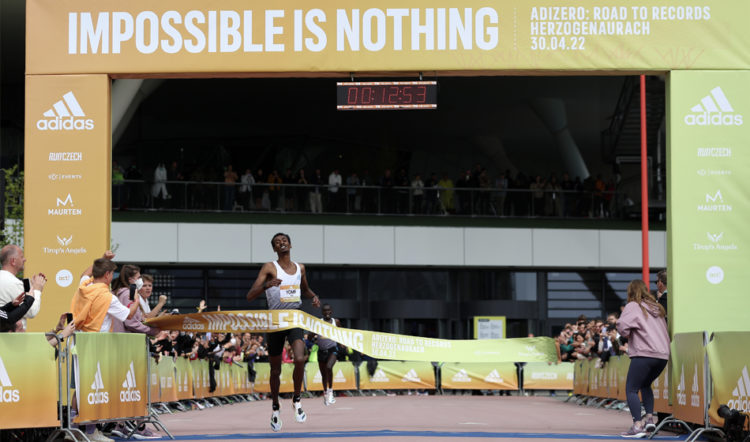 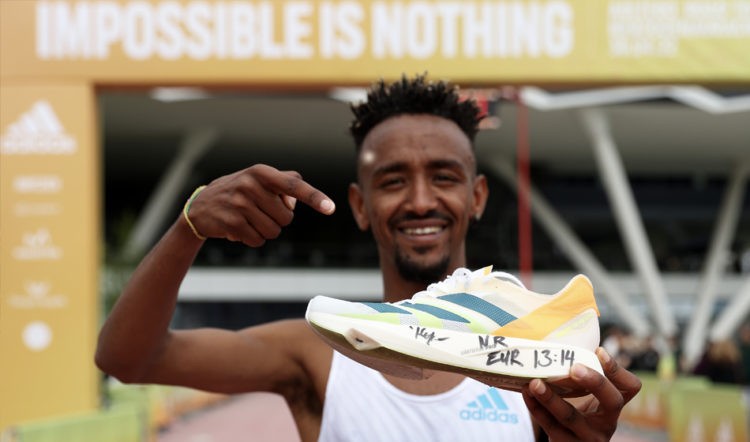 Britain’s only representative at the event was Emile Cairess, who finished in 13:38 for 14th place.

The men’s 10km was one of the most competitive in history as six athletes crossed the line in 27 minutes.

Kibiwott Kandie of Kenya clocked 26:50 and remains fourth on the all-time list, while Kenyan Sawe Sabastian’s 26:54 in second was the fastest losing time in history.

Kwizera Rodrigue claimed a national record for Burundi in third with 26:56. 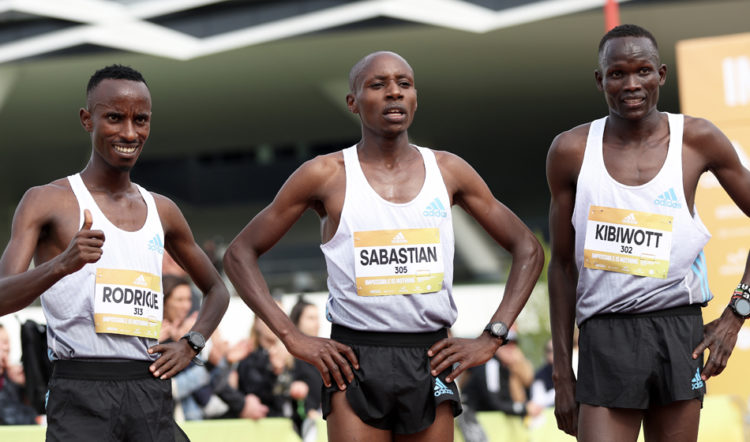 The national records didn’t stop there as in the the women’s race Azale Fentaye Belanyeh smashed the Ethiopian national 10km record 30:24. Sarah Chelangat broke the Uganadan record with 31:11 and Yasemin Can broke the Turkish record 32:04. 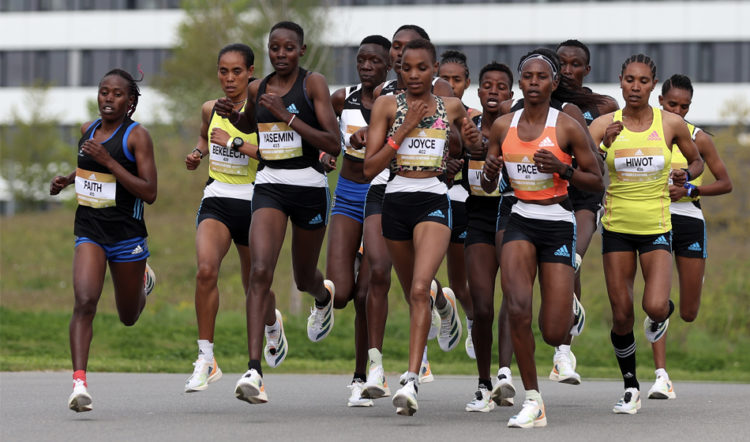 The final elite athlete race of the day was the most highly anticipated as Teferi Senbere of Ethiopia had hinted at attacking the world record of 14:19 and a male pacemaker was recruited to assist. Despite encouragement from the pacemaker throughout she missed any record but still ran a 14:37 for a clear win. 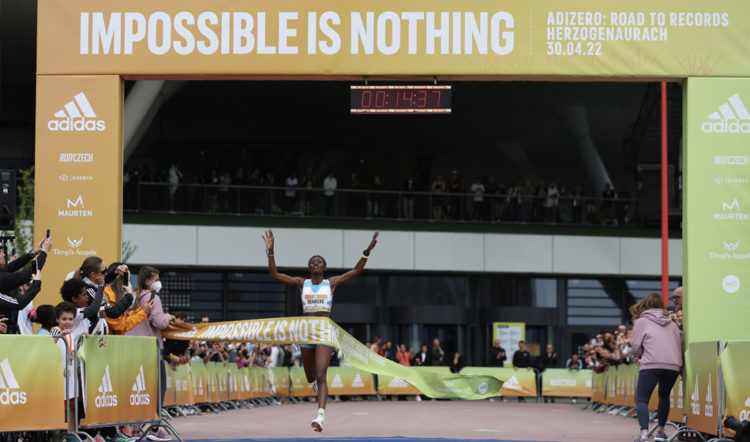 The race was broadcast on the adidas running YouTube channel and results can be found here. 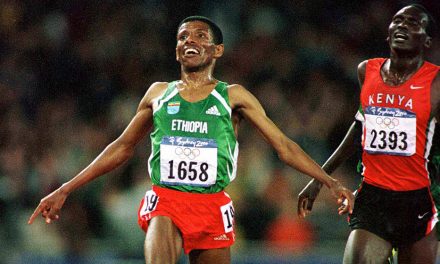 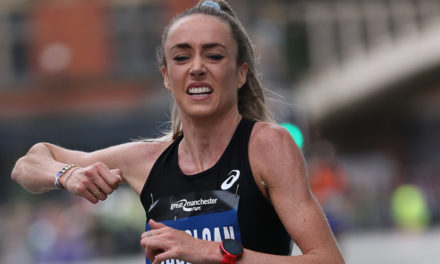 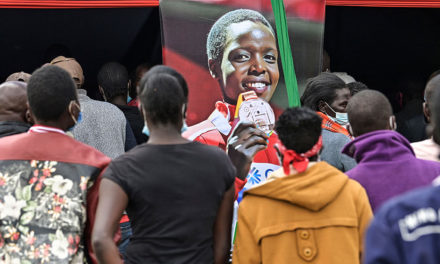 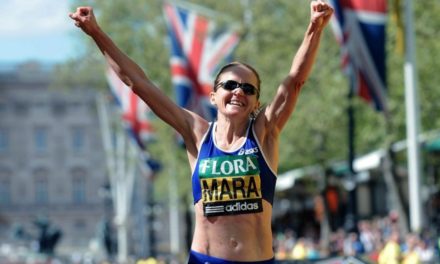