Maksim Nedasekau rises to the occasion in Toruń 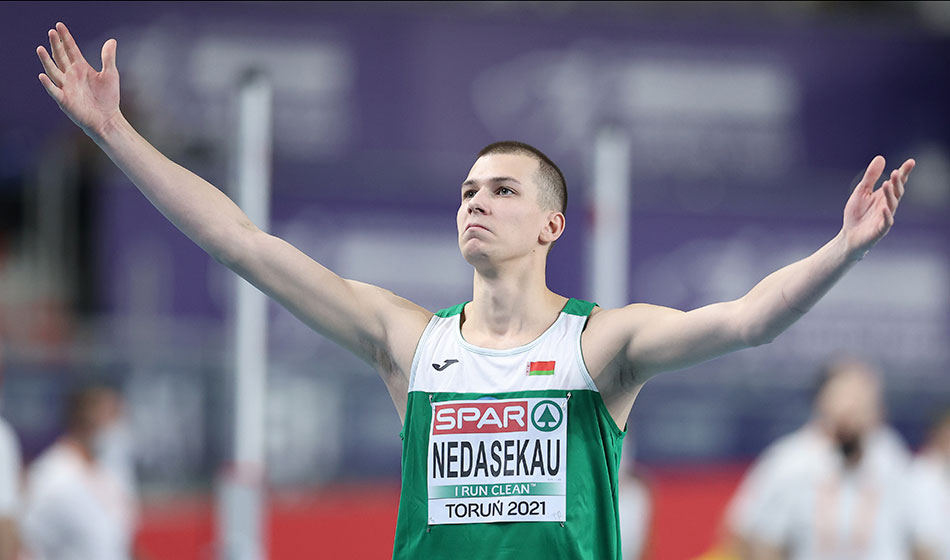 Maksim Nedasekau came out on top in what proved to be a brilliant high jump duel with defending champion Marco Tamberi on the final day of the European Indoor Championships in Poland.

The Italian had looked to be in total control of the competition thanks to first-time clearances of 2.23m, 2.26m and 2.29m but Nedasekau began to ask questions of his opponent when he moved into the lead by going over 2.31m without any trouble.

Tamberi matched him immediately but Nedasekau then upped the stakes when he soared over 2.33m, a height which the Italian was only able to clear at the second attempt. He took two attempts to go over 2.35m as well but looked to have turned the tables when Nedasekau twice failed to clear that height.

That forced the European U23 champion to roll the dice and his decision to go for a single opportunity at a world-leading height of 2.37m paid off handsomely as he cleared the bar.

Try as he might, Tamberi couldn’t match that and was forced to settle for silver this time around. Nedasekau made three unsuccessful attempts at 2.40m but had achieved his main target for the competition.

“I love the arena in Torun, it is amazing. I already set a PB here earlier this year,” said Nedasekau. “I like the game of passing heights, it makes me angry and that makes me jump better.” 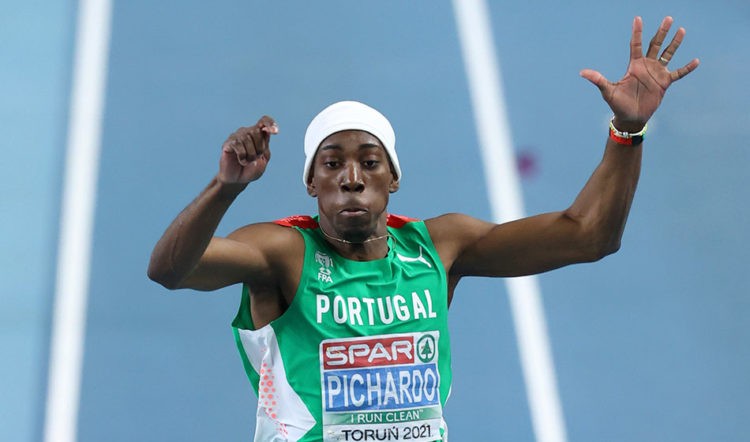 There was a commanding win for Pedro Pablo Pichardo in the triple jump as he led from start to finish. The Cuban-born Portuguese two-time world silver medallist was in charge from the moment he leapt out to 17.30m in the opening round, his subsequent efforts of 17.06m, 17.09m and 17.12m underlining his dominance.

The race for silver went right to the final jumps of the competition, however. Alexis Capello had been in second spot for much of the morning thanks to his second-round 16.98m until German Max Hess leapt 17.01m in his final attempt to move above him. However, the Azerbaijan athlete was not to be outdone and answered in fine style with 17.04m for his sixth jump.

Despite taking the gold, however, Pichardo insisted he could have done better.

“My first jump wasn’t great and that’s why I didn’t look too happy about it, despite it being enough to get a win today,” said the man who was fourth in the 2019 World Championships in Doha. “I can jump further, and that’s always my goal – to be the best I can be.

“Of course achieving a good jump here today was one of my main goals but, in the end, the most important is to take the win back home. After losing a medal in Doha, this meant a lot, especially as a way to show some recognition for what Portugal has done for me.

“I have been given a chance to continue doing what I want to do, so I am very grateful for it. Now, it’s time to prepare for the Olympics as well as the Diamond League – I am very pleased the triple jump is back on the main programme.”