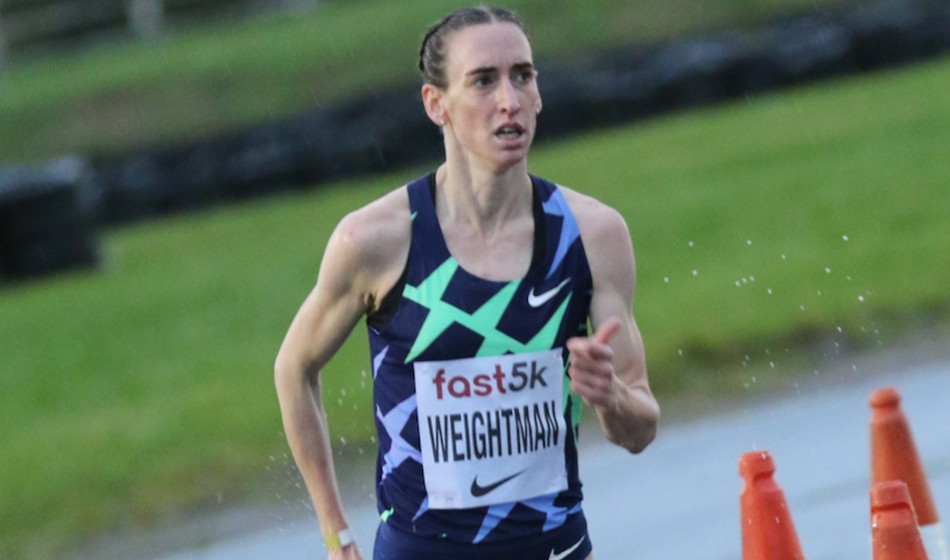 Emphatic victories for the Brit and American on a wet and blowy evening in the north-west of England with Weightman climbing to No.3 on UK all-time rankings

The Three Sisters Circuit in Wigan is best known for holding go-kart races. In the early evening of Monday (Oct 5) it was transformed into a running venue as it staged the Fast 5km races, but there was no bumper-to-bumper action as instead the winners enjoyed clear runaway victories.

Laura Weightman was particularly impressive in the wet and windy conditions on the flat yet twisty course as she took 11 seconds off her best to clock a PB of 15:10 to go No.3 on the UK all-time 5km road rankings.

The 29-year-old Morpeth runner broke away from Jess Hull of Australia (below) in the early stages and forged a big lead to come home 40 seconds clear as Hull clocked 15:50 with Amelia Quirk 15:54 in third. 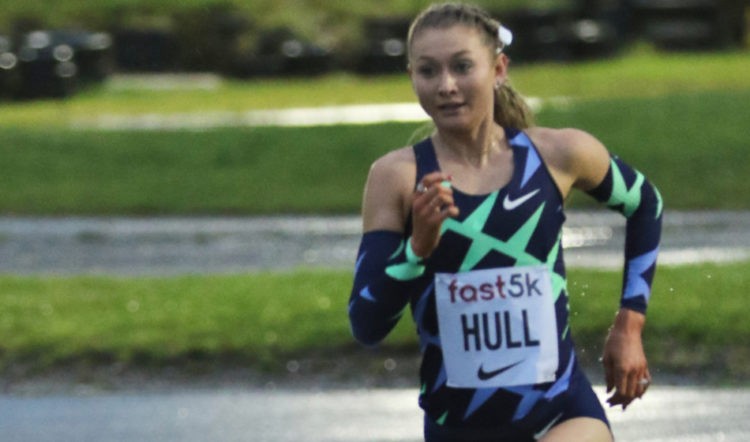 “I’m delighted with 15:10 at the end of a long hard track season,” said Weightman, who was paced in the early stages by Katie Snowden. “But I think I could have run sub-15 minutes with a few more people in the race as this is a fast course.”

Weightman, who has now overtaken Yvonne Murray on the UK rankings, added: “It was perfect weather for a northern athlete to race in! I’ve done many races in weather like this over the years.”

Hanne Verbruggen of Belgium was fourth in 16:28, Samantha Harrison fifth in 16:32 and Mollie Williams sixth in 16:46. 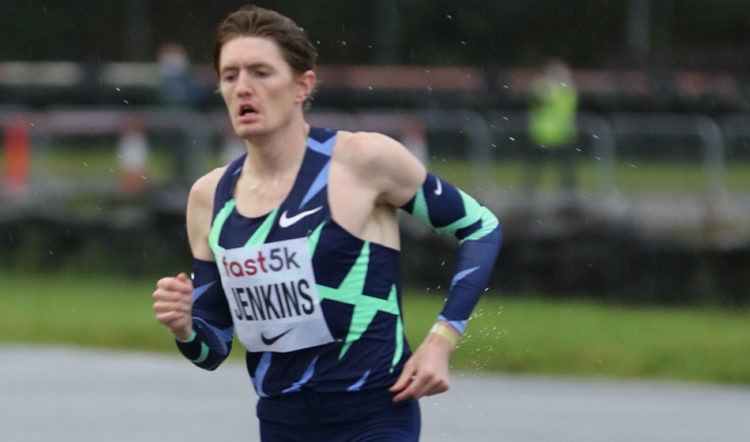 Eric Jenkins (above) also ran much of the distance alone as he won the men’s race in 13:52 but the American was almost run down in the closing stages by a fast-finishing Adam Clarke, who clocked 13:57 in second, with Adam Craig in 14:02 and then Jamie Crowe and Callum Hawkins (below) close behind.

“It was a bit sloppy out there,” said Jenkins, 29, on the conditions. “But overall I’m happy with how it went. I think I paid for going out fast but I felt good and tried to stay as smooth as I could.” 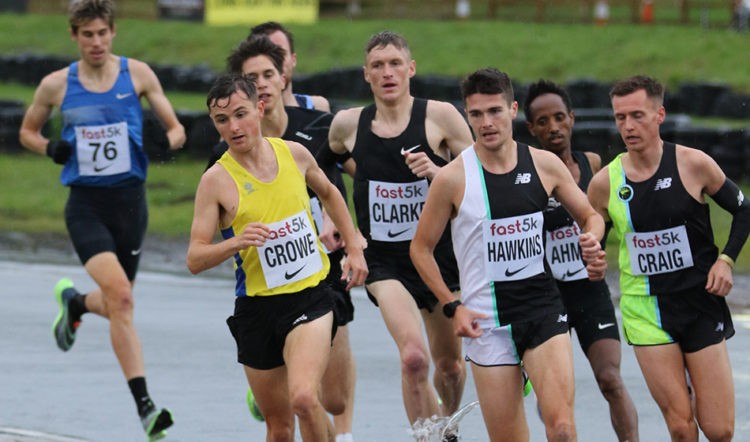 It was the second time the Three Sisters Circuit had appeared on television in 24 hours, too. Firstly it featured on Top Gear on BBC1 on Sunday before the Fast 5km races were then broadcast on the BBC website and Red Button on Monday.