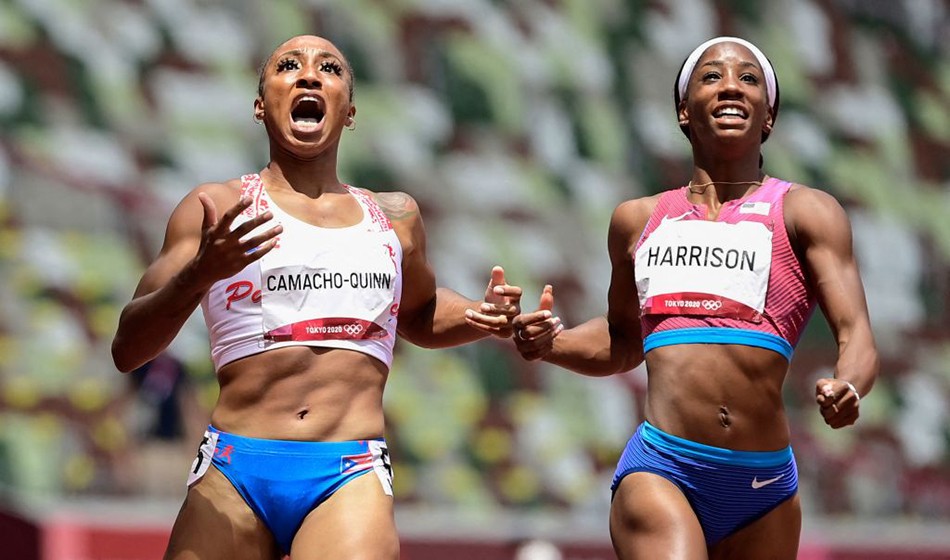 After her Olympic record of 12.26 in the semi-finals, there was anticipation that Jasmine Camacho-Quinn might break the world record of 12.20 in the final. The winning time wasn’t that fast in the end but the 24-year-old nevertheless took victory in style in 12.37 (-0.3).

Keni Harrison of the United States was runner-up in 12.52. She tried to stay with Camacho-Quinn during the early part of the race but could not contain the Puerto Rican as she powered away on a swelteringly hot Monday morning in Tokyo.

In third, Megan Tapper of Jamaica clocked 12.55 for bronze. Tapper’s team-mate and medal contender Britany Anderson, though, jogged in last in 13.24 after hitting a barrier.

Five years ago Camacho-Quinn crashed out of her sprint hurdles semi-final at the Rio Olympics after hitting a hurdle. Harrison did not even make the US team for those Games, either, so their successes in Tokyo were something of a redemption.

Prior to Tokyo the only gold medal Puerto Rico had won at the Olympics was in tennis, courtesy of Monica Puig in Rio in 2016.

“I am pretty sure everybody is excited,” said Camacho-Quinn. “For such a small country it gives little people hope.

“I am just glad I am the person to do that. I am really happy right now,” she added tearfully. “Anything is possible. Everybody out here trained really hard for this moment. I think honestly all of us, we all should be rewarded for this. We made it.”

Just outside the medals on Monday morning were Tobi Amusan of Nigeria with 12.60 and Nadine Visser of the Netherlands with 12.73. Camacho-Quinn was in a different league, though.

In the semi-finals the previous day the British duo Cindy Sember and Tiffany Porter went out. Sember was seventh with a time of 12.76 in Camacho-Quinn’s semi, whereas Porter was fifth in 12.86 in Anderson and Harrison’s race.