Ingebrigtsen goes from strength to strength 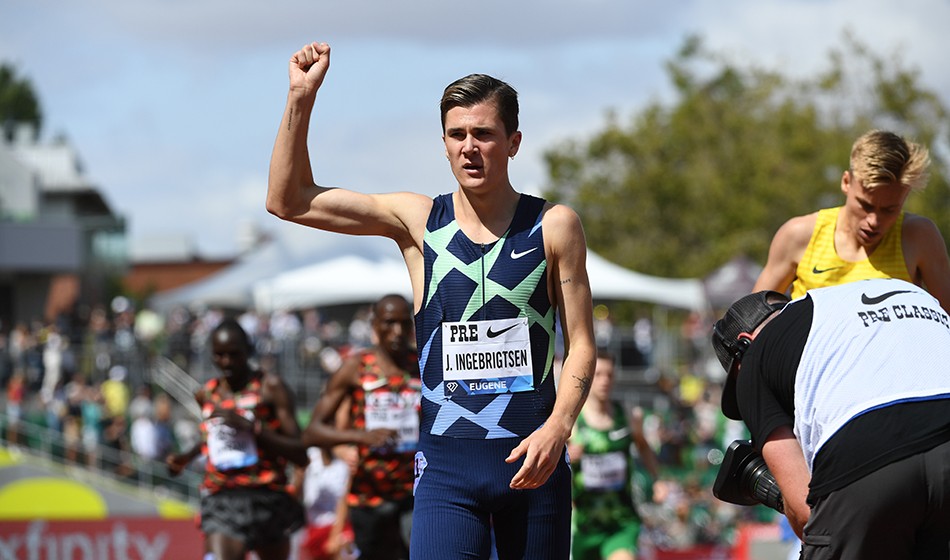 When Jakob Ingebrigtsen won the Olympic 1500m title in Tokyo in 3:28.32, there was immediate speculation that Hicham El Guerrouj’s world record of 3:26.00 could be on borrowed time.

The same is also true for the mile after the Norwegian ran possibly the easiest sub-3:50 you will ever see to win in 3:47.24 at the Nike Prefontaine Classic in Oregon on Saturday (Aug 21).

El Guerrouj’s mile record is a few seconds quicker at 3:43.13, but Ingebrigtsen was in commanding form in this Diamond League meeting as he followed pacemaker Craig Nowak and Australian Stewart McSweyn through 800m in 1:52.25 before passing McSweyn down the back straight on the final lap.

McSweyn held on to run an excellent 3:48.40 – making up a little for his disappointing Olympics – as world champion Timothy Cheruiyot was never truly in contention as he finished third in 3:51.17.

“Racing at Hayward Field is always a great experience for milers,” said Ingebrigtsen, who races next over 3000m in Lausanne on Thursday. “Being able to run as fast as that and take the win is amazing.”

It was a meeting where Olympic medallists from Tokyo put their reputation on the line against those athletes who did not perform as well as expected in Japan or some who did not even make the Games.

Ingebrigtsen produced an even more dominant display than he did in Tokyo but in the men’s 800m the one-two from the Olympics, Emmanuel Korir and Ferguson Rotich, were beaten easily by Canadian Marco Arop.

Arop, who did not make the final in Tokyo, clocked 1:44.51 to beat Rotich by half a second with Korir third. Britain’s Elliot Giles was fourth in 1:45.46 and Ollie Dustin, who led into the home straight, faded to seventh in 1:46.61.

Another athlete who had an underpar Olympics, Noah Lyles, showed his best form at the Pre Classic when he won the 200m in a blistering 19.52 (1.5) ahead of Kenny Bednarek’s 19.80.

It was a world lead and meeting record and just outside his own 19.50 PB from 2019. In addition, only Usain Bolt, Michael Johnson and Yohan Blake have run faster.

Lyles said: “I don’t think you understand how lifeless it was in Tokyo to have no crowd there. It was dead silent. To come here and see a whole lot of people who love track, it was just amazing to see.” 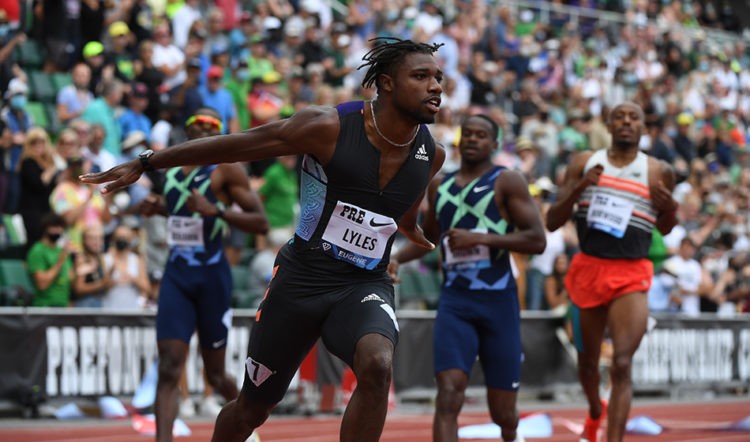 Olympic 200m champion Andre De Grasse is in spectacular form too. In Oregon he dropped down to 100m and won with a powerful finish in 9.74 (2.9).

“Not a lot is expected of me now that the Olympic Games is over,” said De Grasse, “so I just went out there and have some fun, and I was happy to run a good time.” 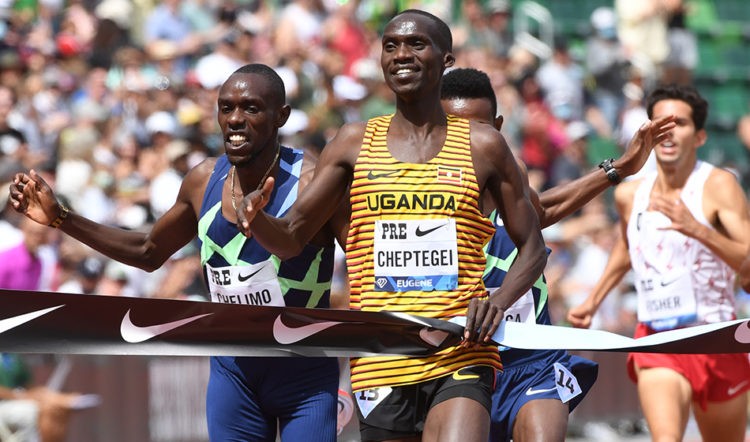 Victory went to Cheptegei as the Ugandan produced a strong finish to kick away from Barega as Paul Chelimo and Jacob Kiplimo were a close third and fourth. With 8:09.55, however, Cheptegei was 11 seconds outside Daniel Komen’s world record.

In the field Olympic gold medallist Ryan Crouser won the shot put with a best of 23.15m and a ‘final 3’ last-round effort of 22.41m. 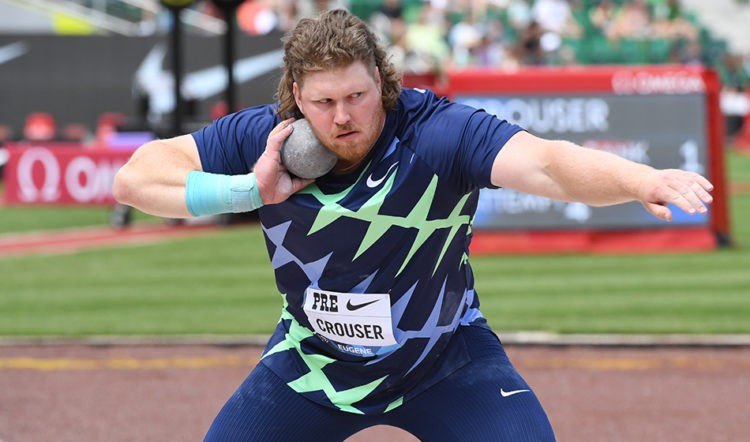 Darlan Romani’s sixth round 21.44m effort (following a best of 21.69m in round five) earned the runner-up spot after Joe Kovacs, who had a best of 21.94m in the fourth round, fouled in the final round.

Crouser said: “It was a little bit of a challenge, coming off a major championship like the Olympics to travel and kind of have that big sigh of relief and then to refocus in. So I was really happy with the performance today.”

In the triple jump, another Olympic champion showed why he was No.1 in Tokyo. Pedro Pichardo of Portugal took victory by more than half a metre with a final round leap of 17.63m (0.2).

For coverage of the women’s events at the Pre Classic, CLICK HERE