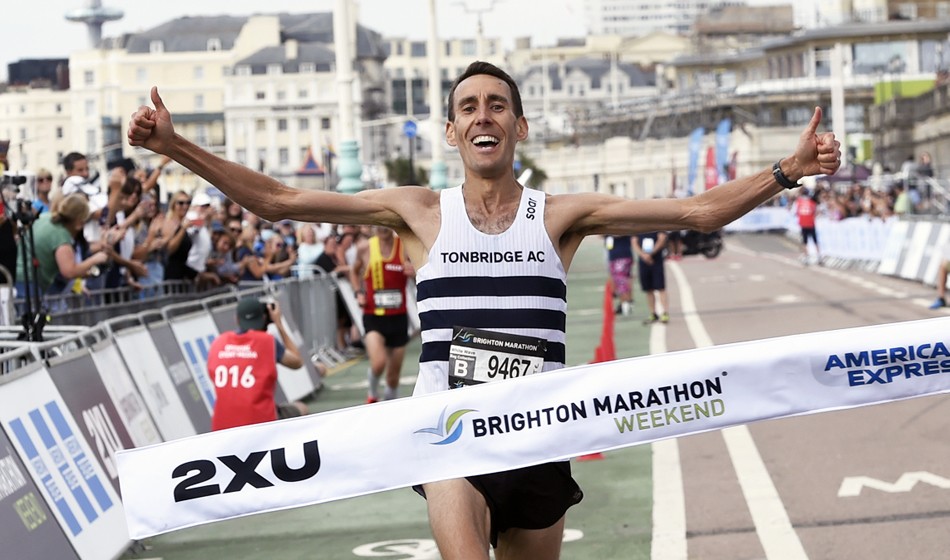 The return of the Brighton Marathon, Britain’s biggest 26.2-miler since 2019, proved to be a memorable affair, but not quite for the reasons the race organisers had hoped.

An error saw the race not follow the originally measured course, making it 568m too long – a development which proved crucial to the outcome of the men’s race. Eventual winner Neil McClements only overtook Ollie Garrod, who had led the whole way, in the last 100m and would have fallen someway short had the distance been correct.

The error occurred at the 10-mile-point, at the very furthest east end of the course, where a turn was laid incorrectly. By the time the problem was spotted runners were already on that part of the course and it was too late to rectify.

A statement from the race organisers said: “We would like to apologise to our marathon participants that the course today has measured 568m too long. We are wholly disappointed that this has affected our runners and hope that it hasn’t marred the experience, at what has been a fantastic comeback  event.”

Garrod, a British and English ultra international who also holds 5km fancy dress records, finished second in Brighton in 2017 as well as in Edinburgh in 2019, and looked to be on his way to an easy victory.

He was almost a minute clear at five miles and extended that lead to almost two minutes at halfway as he churned out 5:30 miles with a big smile on his face, seemingly set for a time close to his 2:25:32 PB from Goodwood this year.

However, at 18 miles he gradually began to slow and after 20 miles his pace had dropped to nearer six-minute miling. His lead still looked insurmountable as he hit the last few miles along Brighton seafront, however.

McClements, who had run a 3:30 marathon a decade or so ago but has only taken up running seriously in recent years since joining Tonbridge AC, could see his rival coming back and though still some distance behind as he passed the Palace Pier in the 26th mile, a late sprint overhauled a very tired Garrod.

Controversially at one point along the promenade in the last 10km a Tonbridge AC clubmate who had run the earlier 10km event joined and encouraged the 38-year-old, though there is no suggestion that the eventual winner had any choice in the matter.

McClements, who had run the Paddock Wood Half-Marathon the week before in 69:41, admitted he went into the race just thinking about a time and only realised he could win in the last 200m.

“I knew I was in good shape and my target was 2:30,” he said. “I took it mile by mile and the crowd support was amazing but never in my wildest dreams did I think I could win it.”

Organisers Grounded Events Company (GEC)reviewed live footage of the event and consulted with both Neil McClements’ coach of Tonbridge Athletic Club and Ollie Garrod. Subsequently, they are comfortable that no gain was given to the winner and therefore will not be making a disqualification.

Upon also reviewing the live footage, Garrod requested that an official protest not be made and is satisfied that his rival was the best runner on the day. GEC acknowledged Garrod for this decision and in recognising Garrod for his performance to the 26.2 mile mark by arranging a special one-off medal to be made for him. 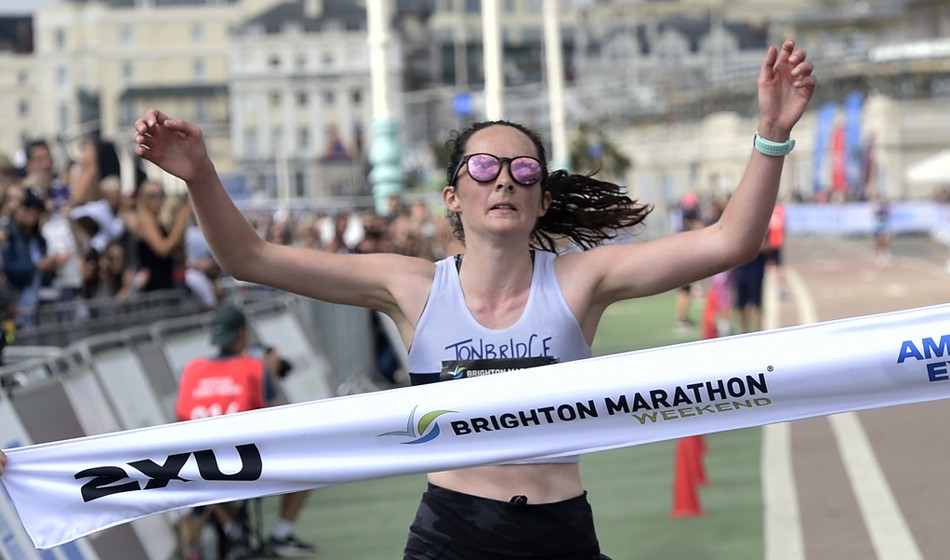 Tonbridge not only won the men’s race but also the women’s as Verity Hopkins produced a dominant display to win by 12 minutes in her marathon debut in a time of 2:52:11, finishing 14th overall.

Like the men’s winner, Hopkins has been much improved in recent years, winning the Dorney Lake Half-Marathon in 79:37 and she was in total control here.

At halfway, local athlete Emily Proto was a clear second but she later dropped out and the top three was completed by Amy Harris (3:04:28) and Lauren Reid (3:09:31). 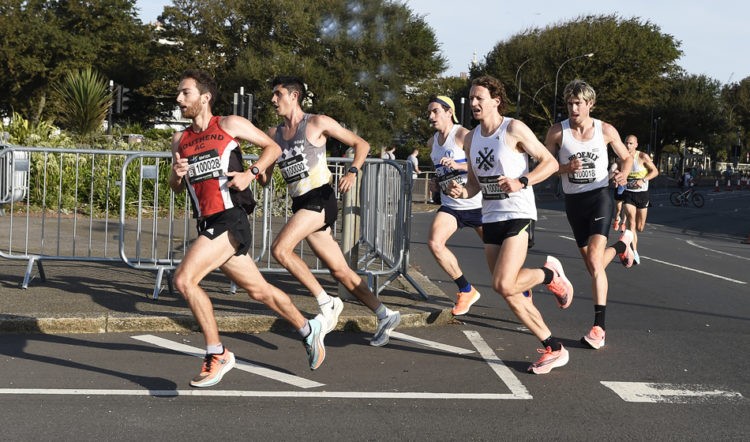 Timothy Lefroy (fourth from left) on his way to 10km victory. Picture by Mark Shearman

Over 7000 took part in the marathon, while over 2000 featured in the 10km event which was held in slightly cooler conditions given the much earlier start.

After Tom Frith had done much of the work, Thames Hare and Hounds athlete Timothy Lefroy kicked away along the finishing straight to win in 29:43 from Frith’s 29:52, with Norman Shreeve third in 30:01.

The women’s race was won in a PB 33:59 by Taunton’s Elle Twentyman, comfortably inside her previous best of  35:12. She had led most of the way but did have to pick up again after she was caught by eventual second-placer Helen Hall around 6km. Hall ran 34:29 with Cassie Thorp third in 35:28.

Despite the organisational error, the race once again received rave reviews for the seaside course, enthusiastic crowds, as well as the Beach village and Expo at the finish. There were 19 different children’s age-group mile races the day before at Preston Park.

Next year’s race returns back to the Spring and will be on Sunday April 10.