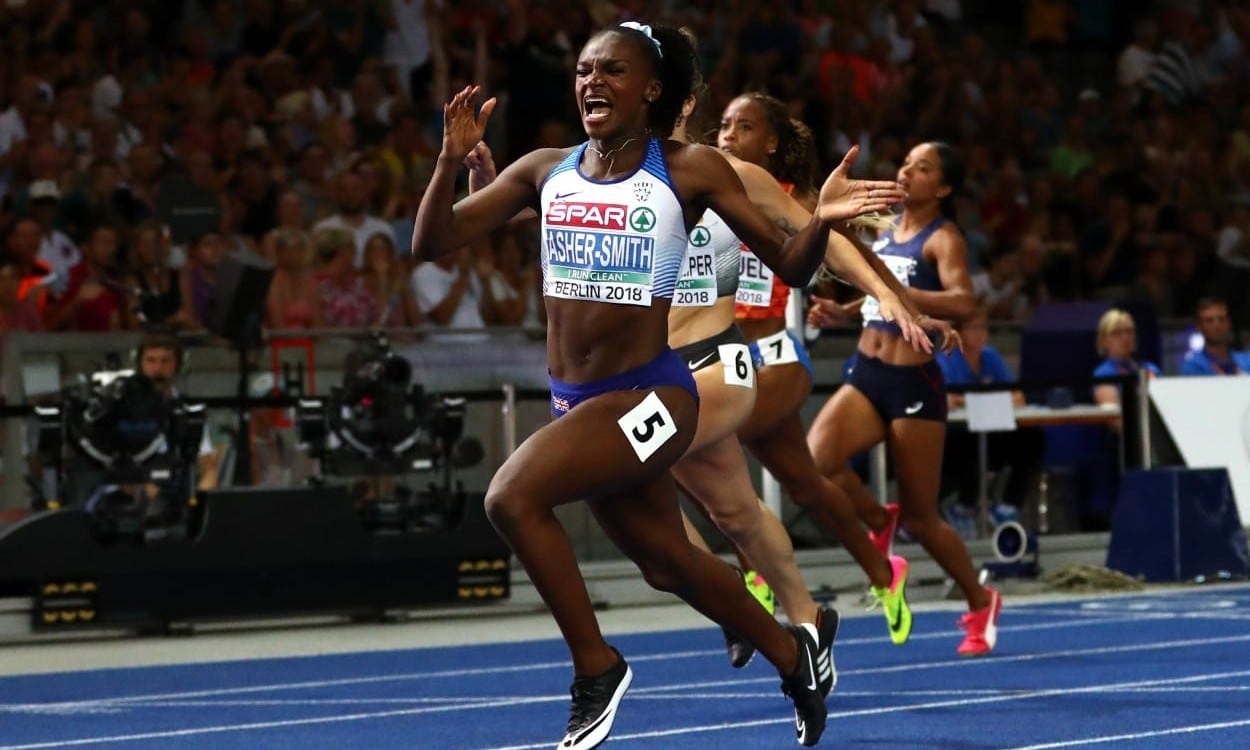 AW editor picks his highlights from the European Athletics Championships

Dina Asher-Smith’s scintillating sprint speed and beaming smile lit up the championships. The 22-year-old was untouchable in Berlin with world-leading marks and British records at 100m and 200m before anchoring the GB 4x100m team to gold on the final night to seal a hat-trick of titles.

Asher-Smith is a joy to watch and at the height of her powers. Or is she? For perhaps Doha 2019 and Tokyo 2020 will see her deliver even greater results.

“It has been a very good week’s work.” 🥇🥇🥇
Triple title chat with @dinaashersmith as she comments on tonight’s 4x100m relay run and being seen as an inspiration 💬 #Berlin2018 pic.twitter.com/N36qc5SpOE

He’s not even old enough to drive a car or buy a beer in his native Norway but in Berlin he breezed away from his rivals in both races and even had the confidence to high-five his brother, Henrik, part-way through the 5000m.

We caught up with the Norwegian wunderkind after the race.#EC2018 pic.twitter.com/hMPBMpTqNK

This was a championships where two youngsters redefined what is possible as a teenager in athletics. After Ingebrigtsen’s double gold, Armand Duplantis, who is 10 months older than the Norwegian and a mere 18 years old, first cleared a world under-20 record of 6.00m and then sailed over 6.05m to stun a German crowd that notably appreciated track and field events in equal measure.

Nothing helps boost the atmosphere at an athletics event more than host nation success. So when German javelin throwers Thomas Rohler and Andreas Hofmann finished one-two in the men’s javelin, the crowd was guaranteed to go crazy.

Rohler celebrated by leaping into the steeplechase water before delivering one of the quotes of the championships. “We have so many strong throwers because we share knowledge,” he said, “we put our heads together, the secret is not to have secrets.”

That's how you celebrate a gold medal 😂

Berlin is famed for its super-fast marathon in September, but the European Championship women’s race last weekend was full of drama when winner Volha Mazuronak first suffered a gory, mid-race nose bleed before later almost veering off in the wrong direction when going toe to toe with Clémence Calvin in the closing stages.

Clash of the titans

The head-to-head of the championships, for me, came in the heptathlon. Many felt Nafi Thiam, the Olympic and world champion, would be a class apart, but it was closer than most imagined as Katarina Johnson-Thompson put up a terrific fight.

Even when needing a seemingly impossible 14-second victory over the Belgian in the climactic 800m, Johnson-Thompson ran with bold, front-running tactics as she sent out a strong message ahead of the IAAF World Championships in Doha next year.

Malaika Mihambo delighted her home crowd by taking women’s long jump gold but the event featured a tremendous scrap for medals with Maryna Bekh of Ukraine and Shara Proctor and Jazmin Sawyers of Britain producing their biggest marks in a dramatic final round.

Sawyers was the unlucky athlete to miss out on a podium place but won a gold medal for sportsmanship by going up to Bekh to congratulate her only seconds after the Ukrainian had nudged her out of a medal position.

There was another good-natured moment in the women’s 800m rounds when Renee Eykens of Belgium fell dramatically in the closing stages of her race only to be consoled and helped up by the winner, Nataliya Pryshchepa. The Ukrainian was rewarded for her sportsmanship, too, as she went on to win gold in the final.

British 400m runner Matt Hudson-Smith was an emphatic winner in the one-lap final but rich potential was probably more evident in the semi-finals when he looked phenomenally easy coasting home in 44.76. If he maintains this form, surely it’s only a matter of time before he breaks Thomas Schonlebe’s European record of 44.33 and Iwan Thomas’s UK best of 44.36.

When Gesa Krause accelerated into the final water jump in the 3000m ’chase in the final session on Sunday, her home crowd went crazy. The 26-year-old produced a brilliant climax to the championships for the hosts as she stormed past Fabienne Schlumpf of Switzerland to take the title. Germany enjoyed a great week, too, with six golds and 17 medals but Krause was the nation’s only track winner.

It was a brilliant championship but not perfect and here are some parts that could have been improved.

» Some of the timetabling was bizarre, such as scheduling the women’s 400m final on the same evening as the women’s 4x400m final.

» Making some athletes compete in an extra round was unfair and, at times, pointless. The qualifying round of the men’s 110m hurdles, for example, saw just three out of sixteen athletes eliminated.

» The European Championships is a superb event when it does not have to compete with the Olympic Games. But it lost its lustre in 2016 and the same will happen in 2020 when the main goal for athletes will be Tokyo. In a crowded calendar, once every four years is surely best.

» It looks faintly ridiculous to see the “I run clean” anti-doping logo on the chest of throwers, jumpers and especially race walkers. Is it really too hard to put “I jump/throw/walk clean” on the bib numbers instead?

» The creators of ‘Dynamic New Athletics’ probably thought they’d picked a great moment to launch their idea by announcing it during the European Championships but many were left non-plussed by the concept (which includes an assault course-style race with sled and parachute pulling) especially when the (traditional) track and field in Berlin was so entertaining anyway.