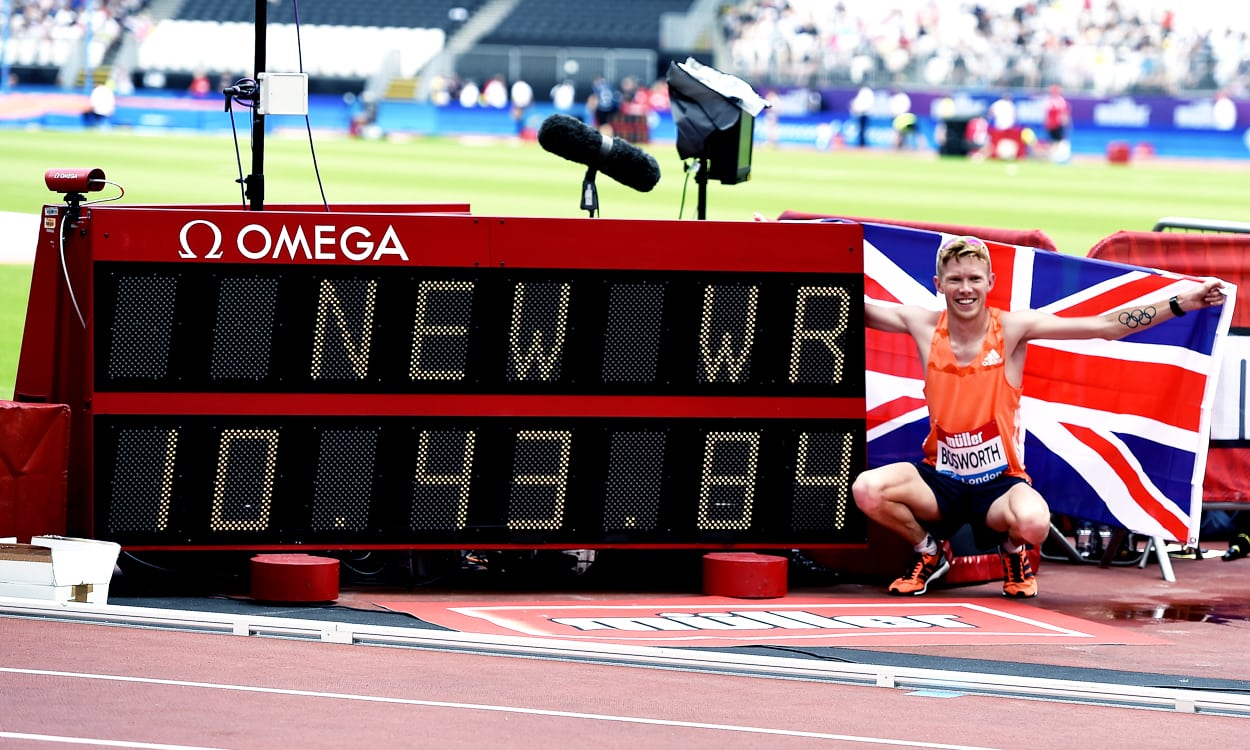 Commonwealth silver medallist storms to success in the London Stadium

The Müller Anniversary Games got off to a world record-breaking start on Saturday as Tom Bosworth strode to victory in the 3000m race walk to add another global best mark to his CV.

Going through halfway in 5:22, the Commonwealth 20km race walk silver medallist was on track to make history and he kept his composure to cross the finish line with a time of 10:43.84 on the clock, despite the pressure of South Africa’s world fourth-placer Lebogang Shange a few seconds behind him.

“I knew it was going to be tough to win it but the crowd, Lebo, the rest of the field, they pushed me around to that world record – I can’t believe it,” said Bosworth.

“I came down from altitude last night so I didn’t really think I was that fresh. I felt really good walking. I felt technically quite strong, even though it was such a fast pace.”

On how this leaves him feeling ahead of the European Championships in Berlin, where he’ll race over 20km, Bosworth added: “That’s a big, big confidence boost because we used the indoor season to boost me for Gold Coast and I came home with a silver medal there. We’re trying to replicate that a little bit and these shorter races get the legs going.”

It was the 28-year-old’s first race in the UK capital since his disqualification from the world championships 20km race walk last summer and he enjoyed being back in front of a London crowd.

“It was heartbreak to be honest, last year,” he said. “It broke me, it took me a long time to get over that.

“It will always be in the back of my mind but I’d be a fool if I were to ignore that. All the way today I had to make sure my technique was efficient otherwise I’d slow up or get disqualified. Believe it or not, the faster I go, I think my technique is actually better because it’s more efficient, it’s smoother.

“The Commonwealth Games took that pressure off and put that (his DQ) to bed and now I can go out and perform and really enjoy what I do again.”