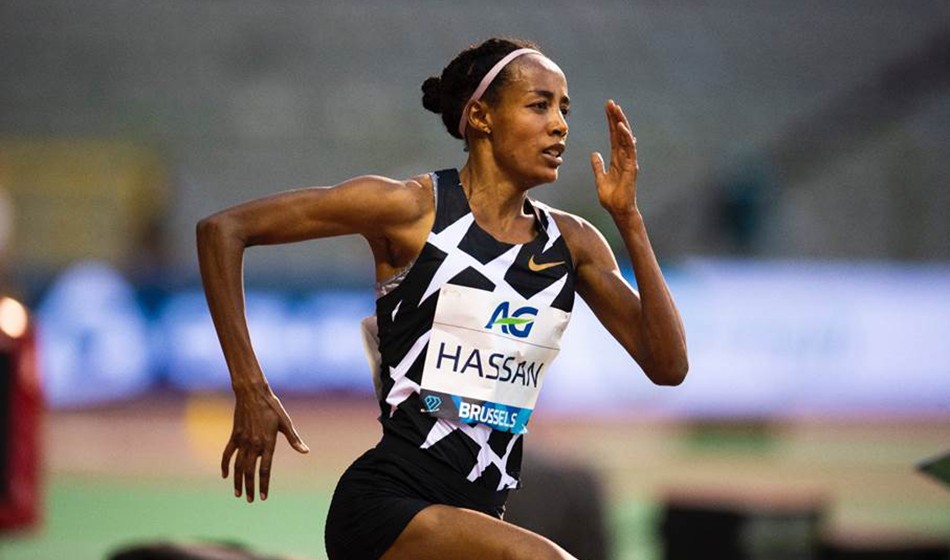 Sifan Hassan, Trayvon Bromell and Laura Muir are among the entries for an innovative meeting in Los Angeles this weekend

Strong line-ups at the Sound Running Track Meet in LA on Friday and Saturday (May 14-15) include distance star Sifan Hassan, in-form sprinter Trayvon Bromell and a large number of Brits led by Laura Muir.

Just over a week before she competes in the Diamond League in Gateshead, Muir will sharpen her speed in an 800m on Saturday. This innovative event has a pay-per-view format incidentally with money going to the athletes themselves. See here for more.

Muir faces, among others, fellow Brit Adelle Tracey and American Elle Purrier, the latter of whom steps down to two laps after winning the Continental Tour Gold 1500m at Mt Sac with a sub-four performance last weekend.

Muir’s training partner and winner of the 800m at Mt Sac, Jemma Reekie, moves up to 1500m this Saturday. There she will be joined by fellow Brits Holly Archer and Katie Snowden.

Marc Scott also tests his speed in LA on Saturday. He is aiming for the British Olympic 10,000m trial in Birmingham on June 5 but will race 1500m this weekend and also 1500m at the Manchester Invitational on May 27. In this Sound Running event his opposition includes 1500m specialists Neil Gourley and Jake Heyward.

Hassan opens her summer season in a women’s 5000m against Americans such as Emily Sisson and Emily Infield, while Britain’s Verity Ockenden is in the field too.

In a meeting full of Brits, there is also Guy Learmonth, Kyle Langford and Charlie Grice in the men’s 800m. Kristal Awuah and Daryll Neita are in the women’s 100m, while Jodie Williams is in the 400m.

The meeting is packed with largely middle-distance events but the sprints include a men’s 100m featuring recent 9.88 performer Bromell, whereas there is a sprint hurdles with Devon Allen, US champion Daniel Roberts and 2012 and 2016 Olympic gold medallists Aries Merritt and Omar McLeod.

Brits are in force in the women’s long jump too with Jazmin Sawyers and Shara Proctor taking on American Brittney Reese.

These events form part of a strong programme on Saturday but on Friday night at the California meeting the 10,000m entries include Brits Jess Judd, Steph Twell, Amy-Eloise Markovc and Matt Leach.