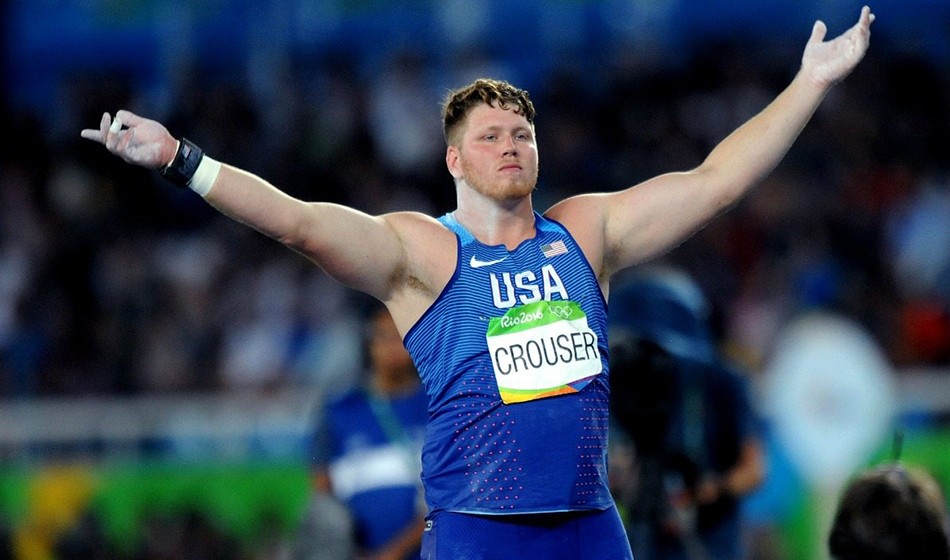 Athletics competition continues to make a comeback and here we highlight some of the top recent results from around the world.

The USA’s Olympic shot put champion Ryan Crouser threw 22.15m, 22.24m, 22.73m and then a PB of 22.91m in Georgia to add one centimetre to his PB set during last year’s high-quality world championships final.

Katie Nageotte cleared 4.83m to win the pole vault and add one centimetre to her outdoor PB.

European under-20 champion Femke Bol set another Dutch 400m hurdles record and world lead, with the 20-year-old, who only took up the event last year, clocking 53.79.

Another run out at a great meeting last night. 13.30s in Savona. Apologies for the video quality 😅

That mark moves her to 10th on the European under-20 all-time list, one place behind her mother, Fiona May.

British discus record-holder Lawrence Okoye, who made his athletics comeback last year after focusing on American football, threw 63.02m for his best mark since leaving the sport in 2012.

Britain’s world heptathlon champion Katarina Johnson-Thompson contested two events as she made her season opener, clocking 23.65 in the 200m and throwing 12.50m in the shot put.

Britain’s Josh Kerr made a winning return to competition as he clocked 2:17.60 in the 1000m. His fellow Briton Jake Heyward finished fourth in 2:18.55.

Ryuji Miura won the men’s 3000m steeplechase in a Japanese under-20 record of 8:19.37, just missing the senior national record. Kenya’s Philemon Kiplagat Ruto was second in 8:19.60.

US ultra runner John Kelly set a fastest known time (FKT) for the Pennine Way after covering the 268-mile route in two days, 16 hours and 46 minutes.

There were times I wasn't sure I could do it – thank you so much to everyone who believed in me and supported in even the smallest of ways. 34 minutes over nearly 65 hours is tiny, and every little bit mattered. Even if my mind were back functioning at 100% there's not much I could say here that wouldn't vastly understate the experience and the feelings coming out of breaking a 31 year old record on a trail as iconic as the Pennine Way. So for now, I'll leave it at that. I'll catch up on things and collect my thoughts soon, though… I need to put up my full post while I still have the record. 🙂 Also remember that this is just part 1 of the Hartley Slam, more info on the full thing can still be found at the link in my bio. Thank you so much to the support that has come in the way of donations to that – they were indeed a big lift whenever my crew updated me on them. Photo: @steveashworthmedia
. . . #pennineway #nationaltrail #newrecord #fastestknowntime #fkt #support #community #threedecades #fellrunning #mountainrunning #ultrarunning #trailrunning #createyourpassion #exploreyourunknown #adventureiseverywhere #foryourmountain #yoursecondskin #selfpropelled #howihammer #tweet

Kelly left Edale in the Peak District on July 13 and reached Kirk Yetholm in the Scottish Borders early on July 16.

The La Sportiva athlete, who won the Spine Race in January and completed the infamous Barkley Marathons in 2017, is raising money for The Stephen Lawrence Charitable Trust and his next challenge is ‘The Grand Round’ which you can read more about here.