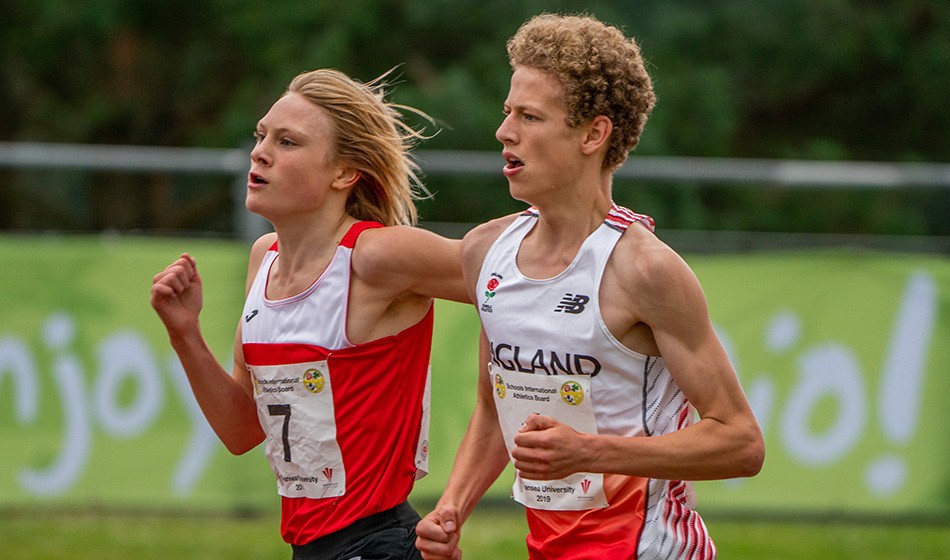 Coverage of the Müller Anniversary Games can be found here, while European U20 Championships reports are here.

In traditional Welsh style, the weather brought a mix of sun, wind and rain to make the event more of a challenge for the athletes. However, this did not stop some of them who broke three championship best performances and one under-17 Welsh record that had stood for over 40 years.

There was a whole host of strong and talented performances throughout the day. The day started with a championship best performance in the girls’ hammer by Scotland’s Kirsty Costello with a throw of 64.07m. Her team-mate Isla Calvert also ran a CBP in the 800m in 2:06.41. Then came England’s turn in the shot with Nana Gyedu throwing a massive 15.64m which beats the old record by over 50cm. 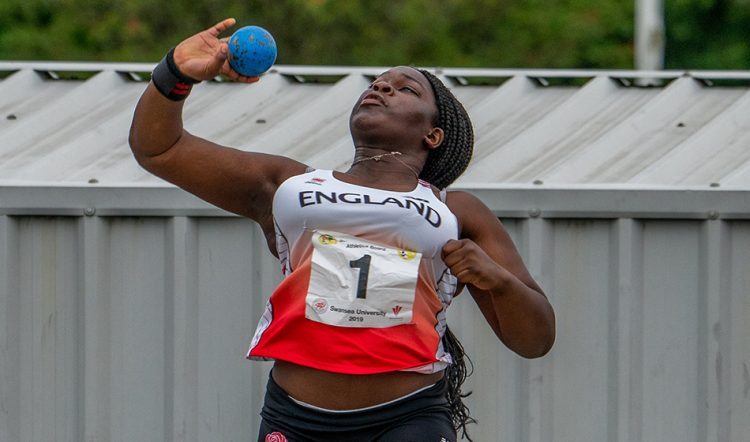 England’s Sam Brereton won gold in the high jump and was close to jumping a CBP but missed out by just 3cm, jumping 2.09m. His team-mate Sophie Ashurst was also just one jump away from a CBP but had to settle for gold in a big jump of 3.76m.

There was a UK record in the 4x100m relays as England scorched to a 40.75 time in the boys event.

Off the back of his championship best performance set at the Welsh Schools just a few weeks before, Osian Perrin ran in the 3000m determined to win gold. English runner William Barnicoat took it out followed by the Welshman and despite trying twice on the last lap to get the win, Perrin had to settle for silver but his determination to drive all the way helped him break Colin Clarkson’s Welsh record of 8:25.2, setting a new mark of 8:23.64.

Clarkson said: “I live in the United States but I still follow what is going on in athletics in the homelands. I honestly can’t believe that it has taken 40 years to break that record, it’s probably one of the last ones I held! Congratulations to Osian, I hope he goes on to have a successful career.”

The SIAB International is a chance for young talented athletes to compete alongside each other and get their first taste of international and high level competition. Meeting manager Steve Jones said: “It has been a fantastic day of athletics with plenty of young talent on display.”

Full results can be found on the Welsh Athletics website and photos of the event on bowdensphotography.com

Over 600 runners raced Wales’ top mountain race, which uses a 10-mile out and back route, starting and finishing in Llanberis and scaling Wales’ highest mountain, Alex Donald reports.

Light rain throughout the morning cleared leaving good conditions for the race which incorporated the fourth round of the 2019 WMRA World Cup.

Andy Douglas had already amassed a lead of around 15 seconds early on the course where the steep road section makes way for the start of the mountain path, with the Scotsman reaching the summit in 40:48, over a minute ahead of Italy’s Martin Dematteis.

The fast descending Inverclyde AC athlete increased his lead on the way back down to the village, posting a time of 64:04, with a margin of two and a half minutes over Dematteis who finished in 66:34. It was one of the fastest times seen at the race and close to Kenny Stuart’s 62:29 course record from 1985.

The Italian’s twin brother Bernard was not far behind in third.

Zak Hanna was the next man home, leading his Ireland team but unable to prevent Scotland winning the team event with Douglas supported by James Espie in fifth and Ewan Brown in seventh. Mark Hopkinson was the first athlete home for hosts Wales in ninth place.

Ireland’s Sarah McCormack has won at Snowdon twice before and the WMRA World Cup leader was unstoppable this time after passing early race leader Hatti Archer of England and battling with Italy’s Elisa Sortini all the way back to the finish. 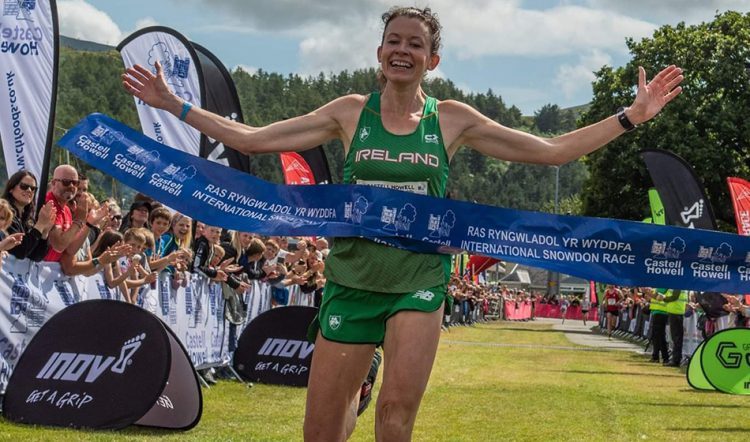 The 10km event in the UK capital was won by Josh Griffiths and Rebecca Murray with times of 29:47 and 33:46 respectively.

Behind Griffiths, Joshua Grace was second in 29:56 ahead of Dewi Griffiths in 30:12.