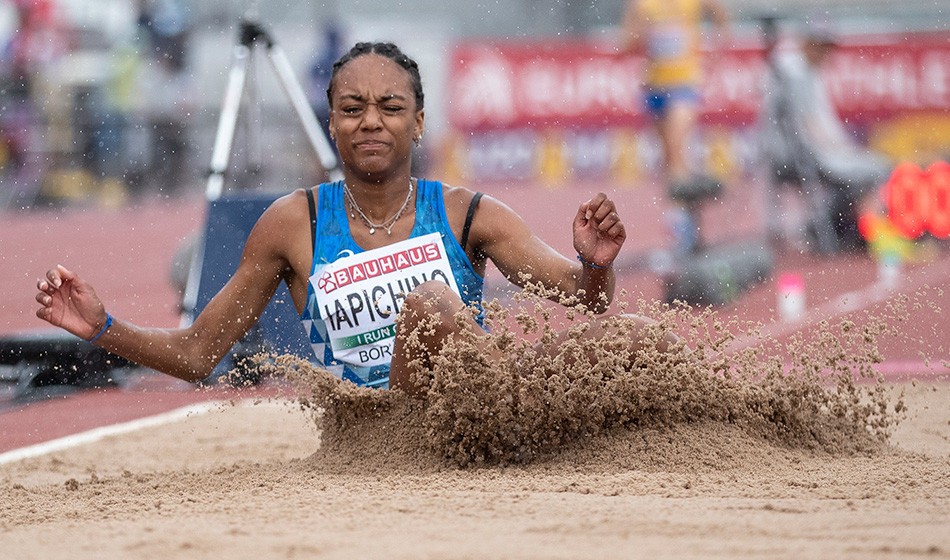 European under-20 champion leaps 6.91m to match the Italian indoor record mark set by her mother, Fiona May

Larissa Iapichino soared out to a world under-20 indoor long jump record of 6.91m at the Italian Indoor Championships in Ancona on Saturday (February 20).

The mark also equals the senior Italian indoor record which was set by her mother, British-born Olympic and world medallist Fiona May, when she won the 1998 European indoor title.

After opening with a jump of 6.68m in the first round, Iapichino fouled her second attempt and improved to 6.75m in the third round, a distance which she matched in the fourth round.

Her record leap came in the fifth round before she passed her final attempt.

With her 6.91m leap, 18-year-old Iapichino adds three centimetres to the world under-20 indoor record mark set by Heike Drechsler in 1983, the year she won the senior world title, and it is also the best performance in the world so far this year as well as an Olympic qualifying mark.

Iapichino’s previous best was 6.75m, which she set at the Italian under-20 championships earlier this month, while her outdoor best is 6.80m, set last summer.

Laura Strati finished second in Ancona with a jump of 6.66m.

In Dublin, European indoor medallist Mark English improved his own Irish indoor 800m record to 1:46:10 in an exciting finish ahead of 18-year-old Cian McPhillips who ran 1:46.13 for national under-20 and under-23 indoor records and a time which puts him second on the European under-20 indoor all-time list.