Lakatos and Den Boer battle to wheelchair wins in London 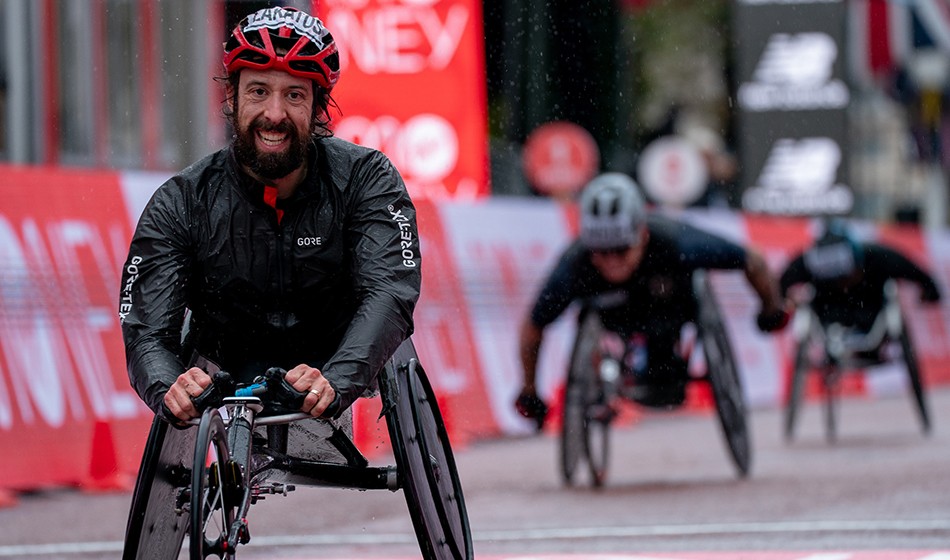 David Weir had predicted that the men’s wheelchair event would be a “sprinter’s race” and so it proved as Canada’s multiple track world record-holder Brent Lakatos had the closing speed required to deny the Briton a ninth London Marathon title on Sunday.

Racing on a 2.15km loop course in a torrential downpour made the going tough and six athletes remained in contention until the closing stages.

But it was Loughborough-based Lakatos who made a move going into the final stretch and none of his rivals could respond.

“I feel amazing,” said the winner. “This is the type of marathon I like – a sprinter’s marathon with all the accelerations and the slow downs, it gives you the chance to catch your breath for the next sprint. It suited me quite well and I’m really ecstatic with the result.”

Weir, racing in the senior event for the 21st time, was also pleased with his performance and said: “It was a good race. It was tough. I knew it would be a sprinter’s race, the course really suited Brent.

“I gave it my best shot. I was just a bit unlucky at the end. My hand came out of my glove so I had to quickly put it back in. It was so wet, it just kept slipping in and out. But I was happy with my performance.

“I’ve had a really good six or seven months of solid training so it just showed me today, I know I came second but I’ve not beat Marcel for two years so it was nice to beat him for once. I feel like I’m a lot stronger now and fitter, to compete with the top guys again.”

There was a surprise in the women’s race as Dutch racer Nikita den Boer beat Switzerland’s pre-race favourite and defending champion Manuela Schär – 1:40:07 to 1:41:29. 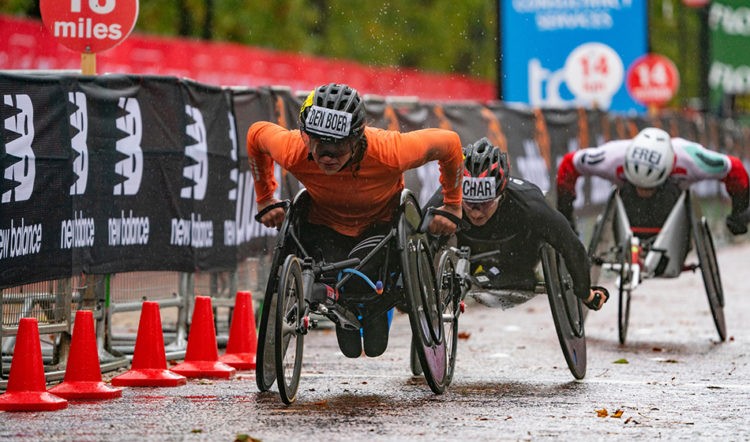 Even Den Boer, who achieved Paralympic Games qualification with her PB performance, admitted that she didn’t expect it.

“To be with her and be second to her would have been really good so to be first is really crazy. She has been unbeaten for two years in the marathon.”

The USA’s Jenna Fesemyer was third in 1:52:16, while Britain’s two-time winner Shelly Woods did not finish.