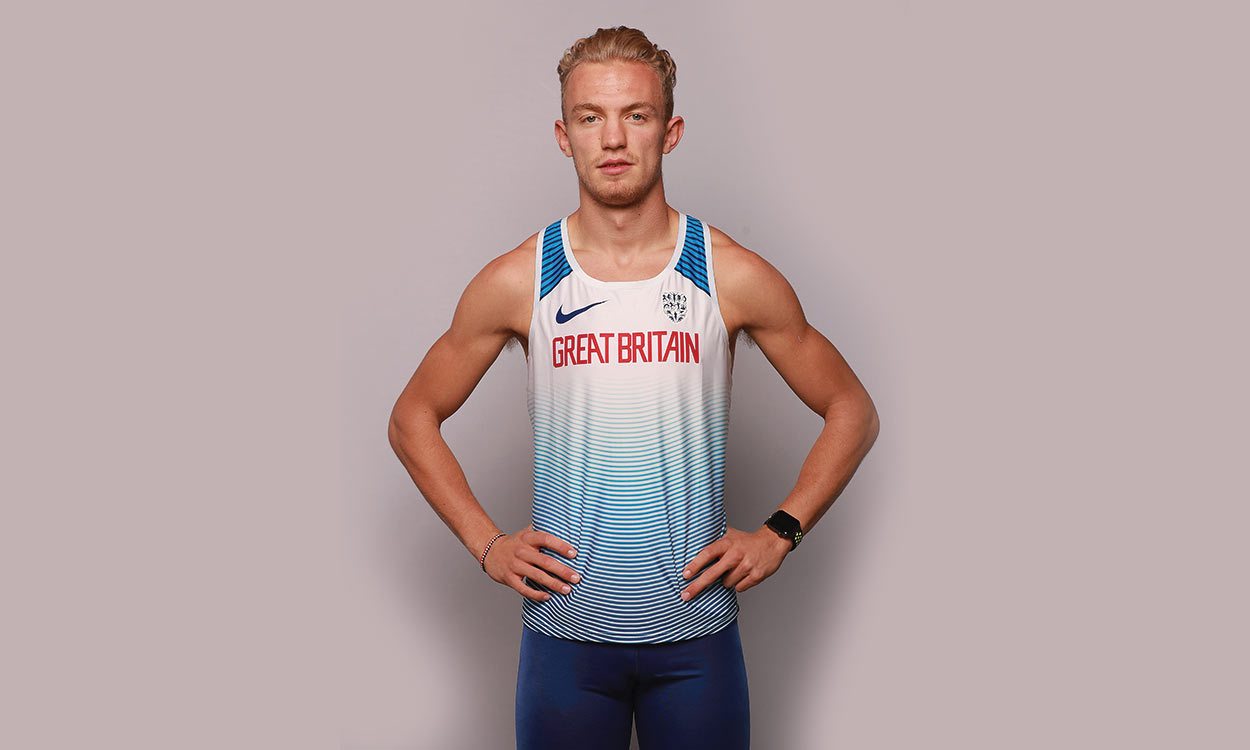 The Briton will line up alongside Kipyegon Bett, Nijel Amos and Adam Kszczot as he makes most of home support

Kyle Langford triggered the London Stadium roar when he enjoyed a storming finish to snatch second place – and an automatic spot in the final – in his 800m semi-final at the IAAF World Championships on Sunday.

The race was won by Brandon McBride of Canada in 1:45.53. But spurred on by the 60,000 crowd the young Briton moved from fifth with 200m to go into the runner-up position in 1:45.81 as he beat Marcel Lewandowski of Poland and Emmanuel Korir, the Kenyan champion and the favourite to win the overall event in world record-holder David Rudisha’s absence.

“It was a bit rocky and I got spiked on my knee and I felt tired from the start but once I got into it I felt strong with 100m to go,” said the 21-year-old, who had only advanced from the first round as a fastest loser after placing fifth in his heat. “The crowd was amazing. The roar is incredible and my ears went a bit funny with the noise.”

Langford won the 2015 European junior title and has been carefully nurtured by British Athletics, first attending an altitude camp in Kenya two-and-a-half years ago when he was still a teenager.

A real-life ‘tough of the track’, Langford’s dad runs a fish and chips shop in Watford and the Londoner is now poised to race in the final on Tuesday.

It’s wasn’t all good news for the British 800m men, though. In the first heat, Guy Learmonth and Elliot Giles were run out of it in a slow race won by Adam Kszczot of Poland, who won in 1:46.24 from Nijel Amos of Botswana.

Meanwhile, Steven Gardiner threw the gauntlet down to Wayde van Niekerk as he scorched his way to victory in heat one of the men’s 400m semi-finals.

The Bahamian clocked a national record of 43.89, perilously close to the world lead of 43.62 set by the South African. Jamaica’s Nathon Allen followed Gardiner in 44.19.

Van Niekerk was a comfortable winner in the second heat, easing down as he clocked 44.22 ahead of Botswana’s Baboloki Thebe (44.33).

Britain’s Matthew Hudson-Smith ran a season’s best of 44.74 but it was not enough to go through, while Dwayne Cowan’s world championships also came to an end with 45.96.