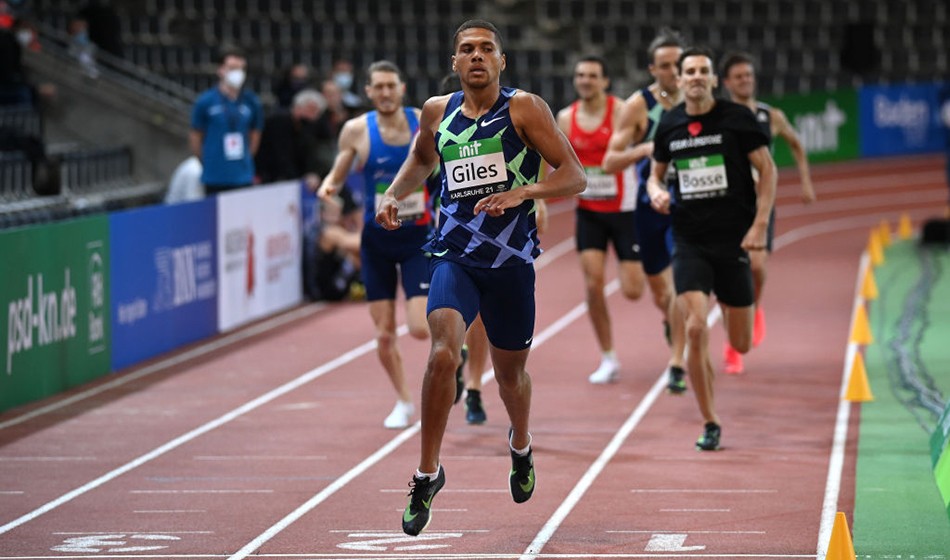 Mondo Duplantis, Andy Pozzi and Elliot Giles are among the athletes at the German event on Friday

The first World Indoor Tour Gold event of the year takes place in Karlsruhe, Germany, on January 28 with many of the sport’s global stars in action ahead of a season that culminates with the World Indoor Championships in Belgrade on March 18-20.

Andy Pozzi is among a number of British athletes at the INIT Indoor Meeting Karlsruhe and the world indoor 60m hurdles champion takes on Frenchman Pascal Martinot-Lagarde in the sprint hurdles. The pair have a long rivalry which includes finishing one-two – with Pozzi taking gold – at the European Indoor Championships in 2017. In addition, Pozzi is also joined by GB team-mate David King.

Olympic champion and world record-holder Mondo Duplantis leads the entries in the men’s pole vault and one of his targets will be the meeting record of 5.95m, set last year by Renaud Lavillenie.

“I’m really looking forward to Karlsruhe and the meeting,” said the Swedish vaulter. “The indoor season is very important to me, also in terms of preparation for the summer. I’ve never been to Karlsruhe before, but I’ve heard of this great meeting from many of my competitors. If nobody has cleared six metres in Karlsruhe yet, then it’s time to make it happen. And that’s what I want to do.”

For the 22-year-old Duplantis it is his first competition of the year, too, as he gears up for the World Indoors. 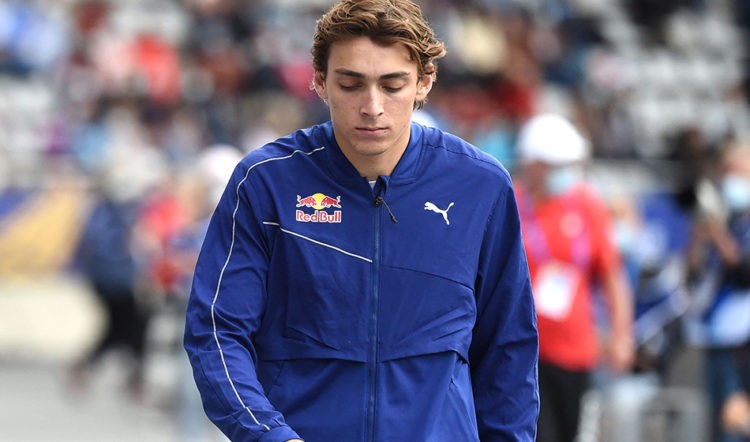 Elsewhere, Elliot Giles of Britain, Alvaro de Arriba of Spain and Andreas Kramer of Sweden square off over 800m. Last year Giles was a revelation indoors as he went No.2 on the world all-time rankings with 1:43.63 in Toruń. Kramer, meanwhile, is a former European under-23 champion, whereas De Arriba is reigning European indoor champion.

Giles was among the winners at the Karlsruhe meeting 12 months ago – an event that was notable for Dina Asher-Smith coming close to the UK record with victory in the 60m.

Berihu Aregawi of Ethiopia won the Diamond League final 5000m last year in Zurich and on New Year’s Eve set a world 5km record on the roads. In Karlsruhe, though, he tackles the 3000m as he faces Kenyans Jacob Krop, Abel Kipsang and Justus Soget, plus Sain’s Adel Mechaal.

The meeting features plenty of home interest for German fans. This includes the women’s 60m where Olympic and world long jump champion Malaika Mihambo will test her speed. In this event she faces, among others, Tatjana Pinto of Germany and Jamile Samuel of the Netherlands.

In the women’s high jump on Friday, Mariya Lasitskene was due to compete after having her ANA status confirmed but she has withdrawn with a head cold. This leaves Ukrainian Yuliya Levchenko as favourite with Britain’s Emily Borthwick also due to compete.

Following this INIT Indoor Meeting Karlsruhe the Gold level World Indoor Tour moves on to Manhattan (Jan 29), Staten Island (Feb 6) before returning to Europe for the meetings in Lievin (Feb 17), Birmingham (Feb 19) and Toruń (Feb 22) before the final competition in Madrid (Mar 2).

The World Indoor Tour Silver level meetings, meanwhile, began last Saturday (Jan 22) with an event in Manchester where sprinter Amy Hunt and shot putters Sophie McKinna and Scott Lincoln were among the winners.

Each athlete’s best three results will count towards their overall point score and the athlete with the most points in each scoring discipline at the end of the tour will be declared the winner and will be awarded a $10,000 bonus along with a wild card entry for the World Indoor Championships in Belgrade.

The meeting starts at 6.30pm local time in Germany.

For fans in the UK the meeting will be streamed live on YouTube here.