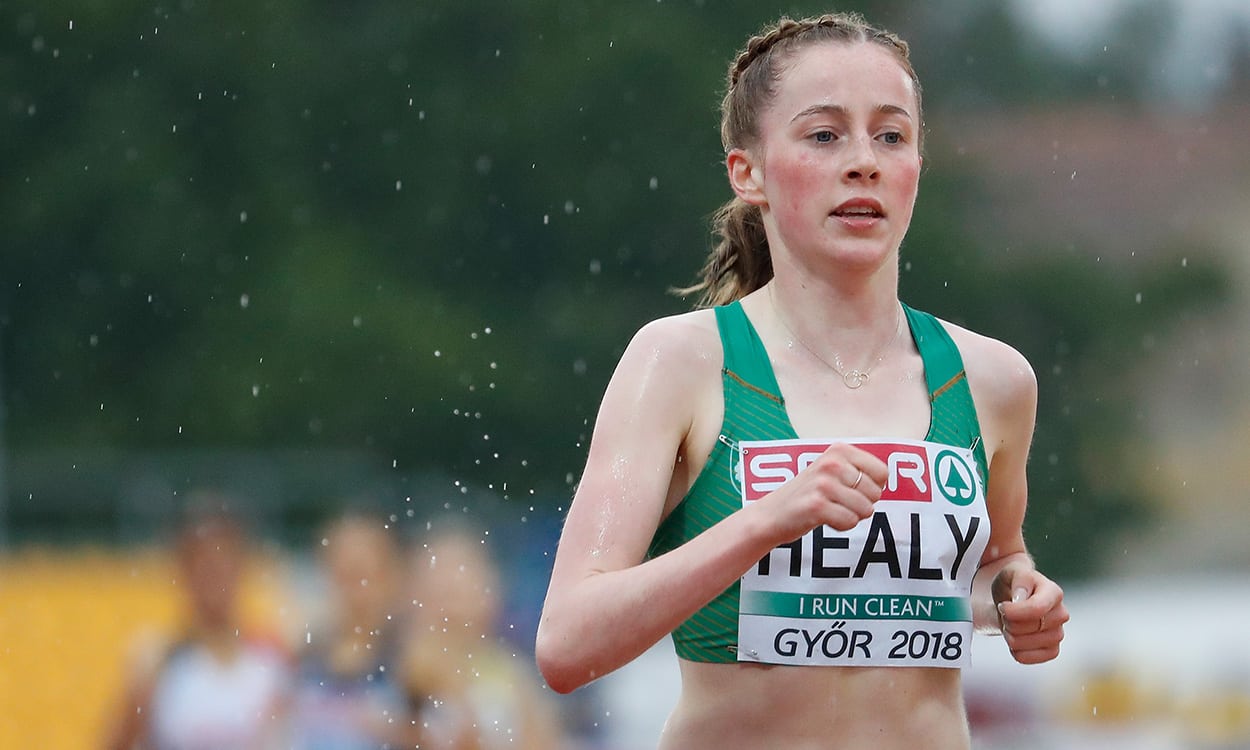 Sarah Healy gained gold for Ireland on the second day of European U18 Championships action in Gyor, Hungary, clocking 9:18.05 in wet conditions for a clear 3000m victory.

Ahead of the competition the 17-year-old had run 4:09.25 for 1500m to smash the Irish under-18 record and move to second on the European all-time list for the age group, while she also leads the 800m rankings with her Irish under-20 record of 2:02.76 from Belfast recently.

Healy had earlier gone quickest in the 1500m heats with 4:30.19, while Britain’s Emily Williams also qualified for the final after running 4:34.62.

He then ran a wind-aided 13.15 (+4.3) to fly into the final where he will be joined by his fellow Briton Jordan Ricketts.

“The personal best record is great, but as I have mentioned before, it is not the most important for me,” said Bennett. “In this competition I am just looking to improve in each round, get faster as the competition gets bigger, and hopefully get more records throughout the process. To be honest I do not like to look at the rankings, because it is about who is the fastest on the day, not who is the fastest on paper.”

Just 0.006 separated the three medallists in an incredibly close women’s 100m final, with the title won by Iceland’s Gudbjorg Jona Bjarnadottir from France’s Pamera Losange and Hungary’s Boglarka Takacs, all with 11.75. GB’s Cassie-Ann Pemberton was fourth in 11.84 and Ireland’s Patience Jumbo-Gula fifth in 11.87.

Spain’s Maria Vicente added the European U18 heptathlon title to her world U18 gold from Nairobi last year, scoring a world U18 best of 6221 points.

This is how she won the heptathlon title at the European U18 Championships in Gyor with a world U18 best. pic.twitter.com/Gd63kX6FOY

“It is incredible to be a European champion!” she said. “I reached 6200 points, which is an amazing achievement. I just cannot find the words to describe how happy I am right now.”

Vicente is also entered for the triple jump competition in Gyor.

Natasha Harrison will line up in the women’s 400m final after running a 54.60 PB, while Keely Hodgkinson won her 800m semi-final in 2:08.57 to also advance and she will be joined by Sophie O’Sullivan, daughter of Irish endurance legend Sonia, in the final after she ran 2:07.95.

Britain’s Karl Johnson booked his place in the 400m hurdles semi-finals, clocking a PB with 52.56 to win his heat, while Jasmine Jolly progressed in the women’s event after clocking 60.67.

Despite coming to a halt before a barrier mid-race, Ben Thomas battled back to clock 6:01.47 which secured him a spot in the 2000m steeplechase final.

Serena Vincent with 16.47m and Hannah Molyneaux with 15.62m both made the shot put final.

» See the July 12 issue of AW magazine for full coverage