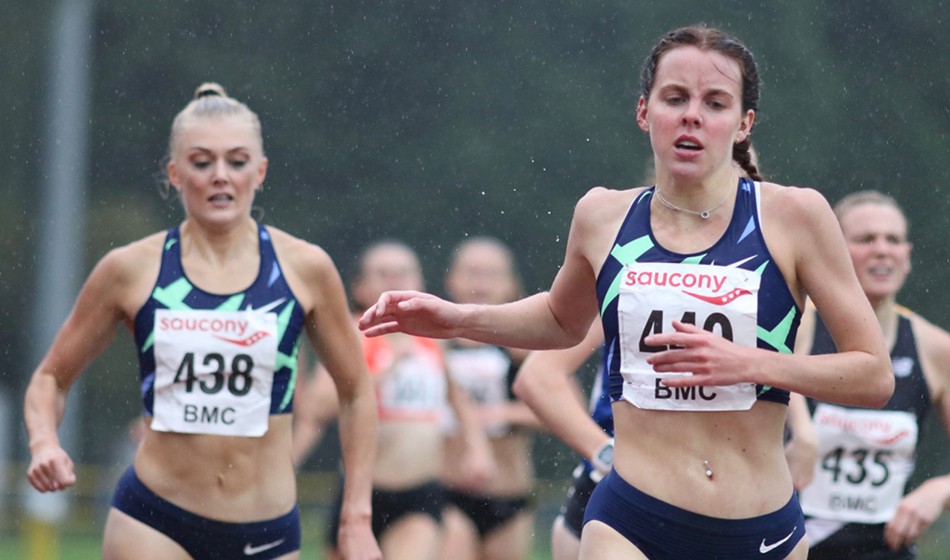 Keely Hodgkinson (pictured) and Joe Wigfield battled wet and windy conditions as well as their rivals to triumph at the British Milers’ Club Trafford Gold Standard meeting on Tuesday evening.

The women’s 800m A race saw steeplechaser Aimee Pratt, who raced for GB at the World Championships in Doha, kick away down the back straight but she was chased down by Hodgkinson and Ellie Baker, with European indoor under-20 800m record-holder Hodgkinson winning in 2:04.17 ahead of Baker with 2:04.62.

The race also featured Eilish McColgan as the European 5000m silver medallist dropped down in distance to run her first 800m since 2010 and her first outdoor two-lap race in 12 years. To the fore just after the bell, she went on to clock 2:08.11 for seventh.

“A very last minute change of plan, as it was weather for ducks today at Stretford BMC – but absolutely loved racing here despite running the most horrific splits known to man!” McColgan wrote on Twitter.

“Went off like a rocket, running a PB through 200 and 400, which was a bit of a surprise. But it didn’t bode well for my second lap! Even though this is technically a PB (which I’ll take every day) I’ve actually ran faster through halfway in 1500m races than I did today. Whoops!”

The aftermath of my first 800m 'race' in over 12 years.. 🙈 A very last minute change of plan, as it was weather for ducks today at Stretford BMC – but absolutely loved racing here despite running the most horrific splits known to man! 🙃 pic.twitter.com/xbNtHcUVZs

The men’s B race saw the fastest 1500m time of the evening as Wigfield ran a big PB of 3:43.41 to win and improve his previous best by more than four seconds. 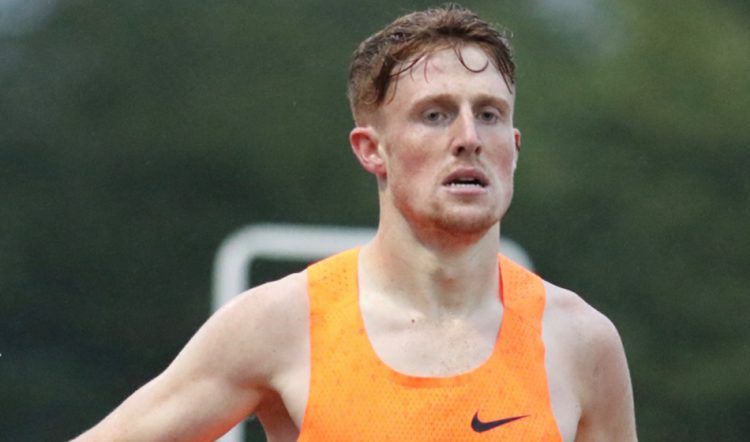