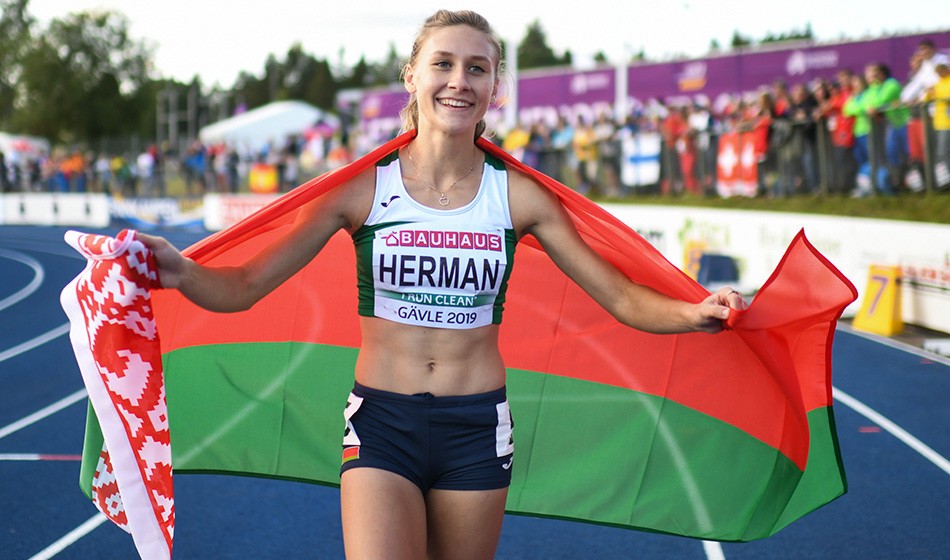 Elvira Herman and Alina Reh both broke championship records on the second day of action at the European U23 Championships in Gävle, Sweden.

Adding the under-23 100m hurdles title to her senior European gold medal won for Belarus in Berlin last summer, Herman clocked 12.70 to miss her PB by 0.06 but finish 0.01 inside Noemi Zbaren’s four-year-old record mark.

“It was a beautiful result, I’m so happy with that,” said the winner. “It’s exciting to run a championship record, I wanted to show that form here.

“It was a very interesting race, the other girls pushed me to that fast time.”

European senior fourth-placer Reh, who claimed under-23 5000m silver two years ago, had lapped the whole field except Dattke before the half-way mark and went through 5000m in 15:42.70.

“Throughout the race I tried to stay focused and not to go too fast,” said Reh, who is also set to race the 5000m in Gävle. “I found my pace and kept my rhythm then I decided I should aim for the championship record. Why not?!

“I’m very happy now, but I’m going for the double in the 5000m so I need to recover fast. It’s going to be much harder than today, but I’m still going to go for a medal.”

Like Herman, Miltiadis Tentoglou of Greece added the under-23 title to his senior honours, winning the long jump with a European-leading 8.32m to add another gold to a haul which includes European indoor and outdoor titles. GB’s Jacob Fincham-Dukes was ninth with 7.56m and Reynold Banigo 11th with 7.45m.

There was medal success for Britain in the men’s 100m and 110m hurdles as Oliver Bromby and Cameron Fillery claimed silver and bronze respectively. 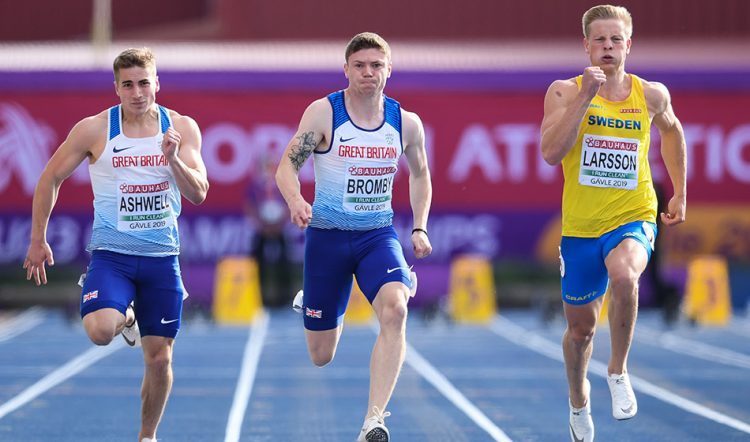 There was another gold for Switzerland in the heptathlon as Géraldine Ruckstuhl clocked a 2:12.05 800m to move from second in the standings to first ahead of Germany’s Sophie Weissenberg – 6274 points to 6175. Hanne Maudens of Belgium got bronze with 6093.

In the triple jump, Lithuania’s Diana Zagainova got gold by 4cm, leaping 13.89m as GB’s Naomi Ogbeta just missed a medal with a best of 13.64m for fourth.

Marija Tolj won the discus title for Croatia with a lifetime best of 62.76m, while Russia’s Sofiya Palkina won the hammer title with a throw of 71.08m.

In the 200m heats, Toby Harries won his heat in 20.86, the quickest overall, while Shemar Boldizsar ran 20.96 for third in his race to also progress. Their GB team-mate Kristal Awuah booked her place in the women’s semi-finals after running 23.88, while Cameron Chalmers made the 400m final, clocking 46.39 for second in his heat.

Divine Oladipo achieved the qualifying mark of 16.00m to secure her spot in the shot put final, throwing 16.15m in the first round, while Jake Norris threw 69.47m in hammer qualifying to book a place in the final.

GB team co-captain Morgan Lake cleared 1.78m on her first attempt and that was all that was needed to book her place in the high jump final.

Results can be found here, while a report on day one action is here.