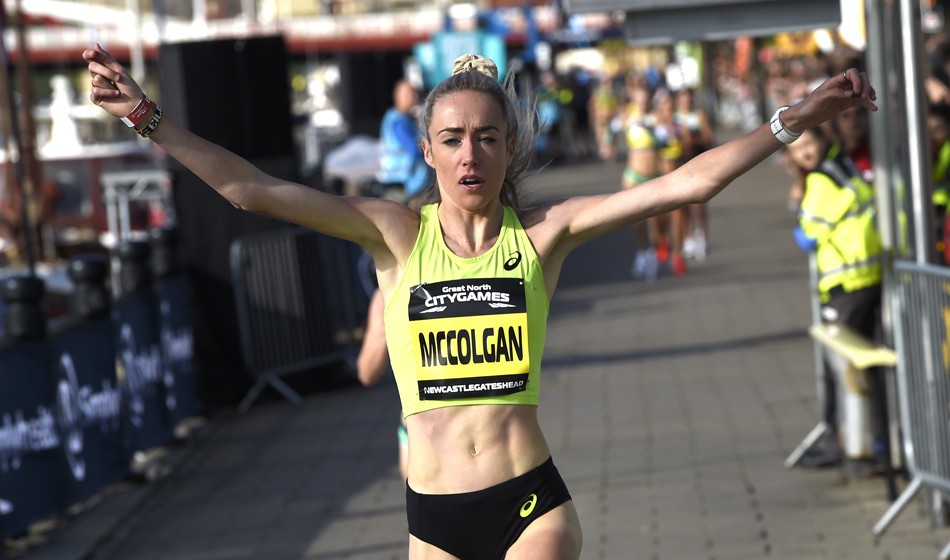 A round-up of recent road race action and an impressive season opener by world under-20 high jump record-holder Yaroslava Mahuchikh.

Eilish McColgan ran 31:08 to win the overall race, but the time will not count as an official 10km PB, which would have moved her to third on the British road all-time list, because of a marshalling error.

Although she did cover the full 10km distance, it was discovered that the European 5000m silver medallist was directed on to a part of the half-marathon course rather than the measured 10km route.

“Bit frustrating, but I’m proud to have put in a solo effort from the gun and despite asking eight different marshals from 4km in, if I was going the right way, I still came away with a big PB of 31:08,” McColgan wrote on Instagram.

“Annoying to know it won’t be classed as an official PB, but hey ho – there’s a lot more going on in the world right now…

“Hopefully I’ll get another race soon as I know there’s a bit more in the tank. Sub-31 has always been my main goal for the year so we’re off to a good start.”

World under-20 high jump record-holder Yaroslava Mahuchikh secured a strong start to her season by clearing 2.02m at the Christmas Starts meet.

Her 2.02m equals her own Ukrainian indoor record.

Yuliya Levchenko finished second with a clearance of 1.95m.

Click here to read more about the women’s race and Gebreselama’s story, while more on the men’s race can be found here.

Nina Kennedy set a pole vault PB of 4.75m to move to second on the Australian all-time list.