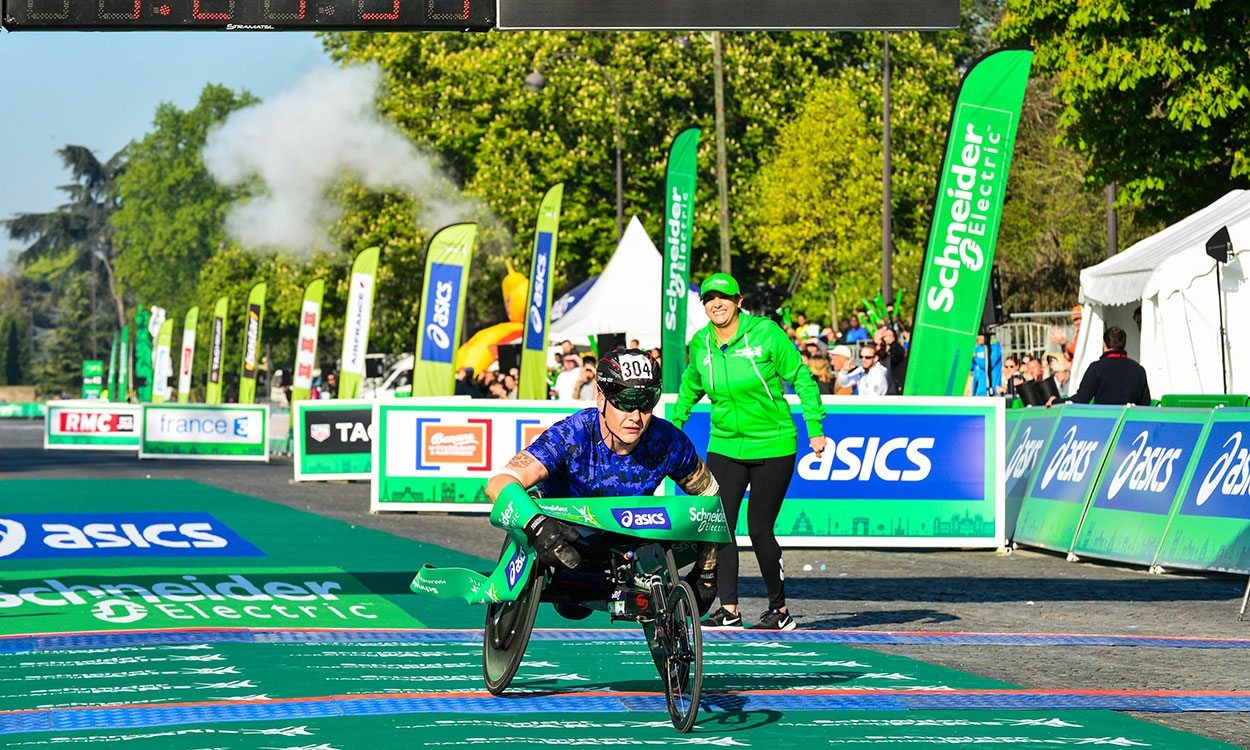 A look at some of the latest performances by British athletes, including a Schneider Electric Marathon de Paris win by David Weir and a decathlon PB by Tim Duckworth in the USA

While the Brighton Marathon, National 12 & 6-stage road relays and Great Ireland Run took the major attention, there were plenty of other events featuring British athletes both in the UK and overseas.

Six-time Paralympic gold medallist David Weir was the first athlete over the finish line as he won the elite men’s wheelchair race in 1:29:25 as he works towards the Virgin Money London Marathon later on this month.

UK indoor heptathlon record-holder Tim Duckworth finished second in the decathlon with a score of 7973 points to go seventh on the British all-time list.

He fared less well on the second day and had he gone quicker than his 5:15.40 in the 1500m, he would have easily become the sixth Briton to break 8000 points.

Myra Perkins achieved her best throw in three years in her season opener, winning with 61.46m.

City of Norwich Half Marathon, April 9

Amy Holder, who competed for Britain in the European Throwing Cup, won the women’s discus with a 51.11m throw.

The first finisher was Steven Bayton in a time of 69:25 with John Franklin second.

Sarah Lowery was the leading woman in 80:25.

Weynay Ghebresilasie won the men’s race in 30:57 as the first eight broke 32 minutes.