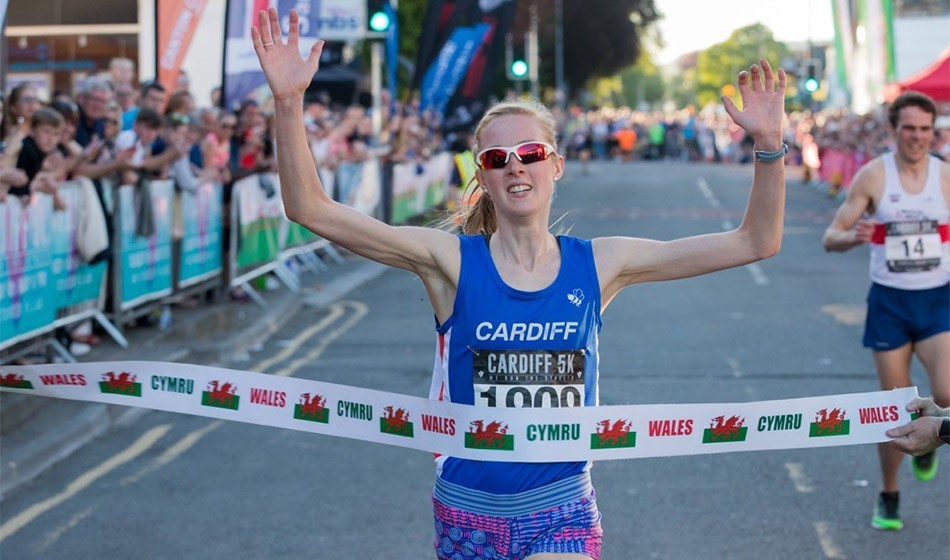 The event will restart competitive road racing in Wales

Charlotte Arter and Clara Evans will do their part to kick-start a return to off-track competition in Wales on Friday (September 18).

The Cardiff-based training partners will headline the Cardiff Sunset 5km which will restart competitive road racing in Wales.

The socially-distanced event in the Welsh capital will use the flat and fast course belonging to the well-established S.S.A.F.A. 5km series that takes place annually each summer.

Arter is the fastest in the field with a lifetime best of 15:39, just a second off Stevie Stockton’s Welsh record.

The 2018 British 10,000m champion will use the race to gauge fitness in a first competitive outing since before the national lockdown began in March.

Evans on the other hand will be looking to see how her pace is following a PB, over half-marathon at the weekend in Antrim with a 72:21 clocking.

Lauren Cooper of Parc Bryn Bach Runners, Alaw Beynon-Thomas and Kate Roberts of Swansea Harriers and Ffion Price of Cardiff AC add further quality with all four also having run under 17 minutes in the past.

Price will line up on Welsh soil for the first time since a Welsh title over 1500m in 2018 following a return from an athletics scholarship at Missisipi State University.

Swansea Harrier Guy Smith is the fastest on paper in the men’s race with a best of 14:26.

Tom Marshall of Cardiff AC is a track specialist who is a very wise racer and a former European champion at the mixed relay in the 2018 European Cross Country Championships in 2017.

Osian Perrin of Menai Track & Field is a talented youngster set to make the trip from Anglesey who has a recent PB of 14:30 for the distance set at the Podium 5km in August.

There are a further nine athletes who have run under 15 minutes in the field led by Belmont University alumni, Matthew Edwards.