Athletes out to impress at Müller Indoor Grand Prix Birmingham 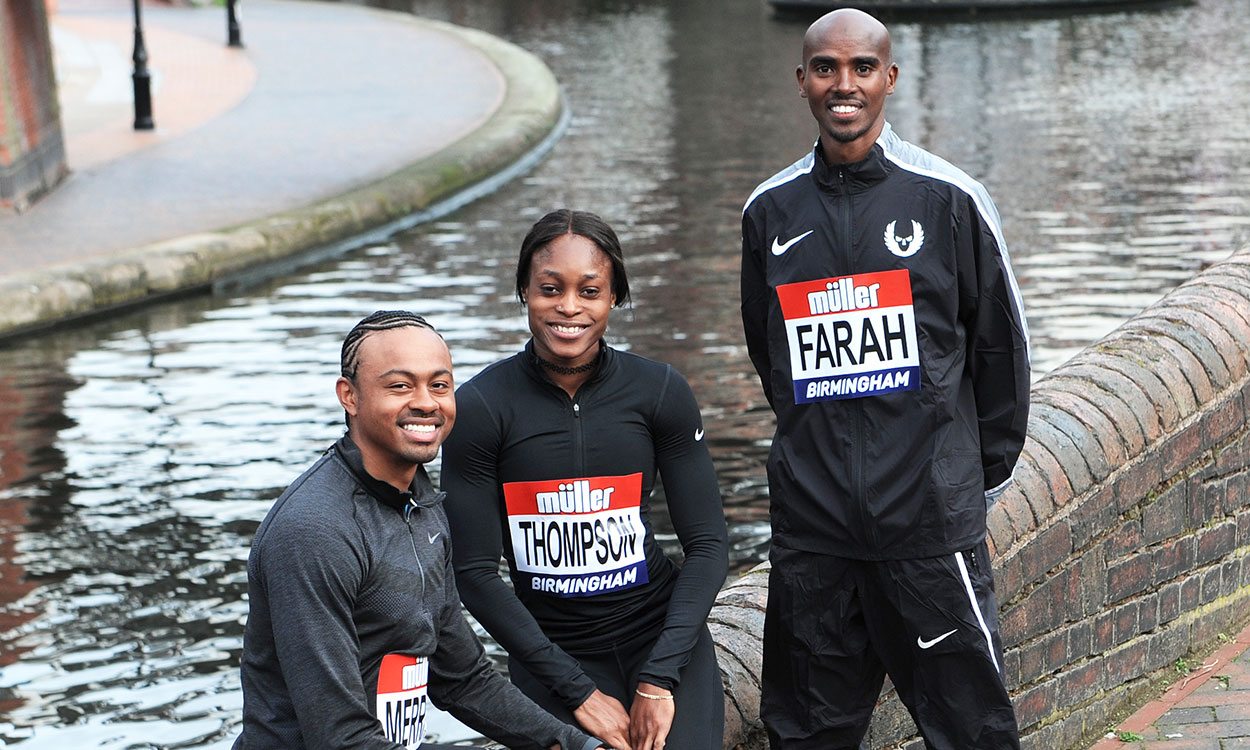 Fans really do look like being spoilt for choice when the action gets underway at the Müller Indoor Grand Prix in Birmingham on Saturday (February 18).

There are stories and points of interest everywhere you look in the schedule. We highlight some of the action below, but for our full preview check out the February 16 edition of AW magazine, which is available to buy and read online here.

After a below-par performance in finishing seventh at the Simplyhealth Great Edinburgh XCountry last month, it will be of great to interest to see exactly where Mo Farah’s fitness levels now lie as London 2017 starts to loom larger on the horizon. He will race over 5000m in Birmingham.

The men’s 60m is packed with talent, too, as Britons Richard Kilty, James Dasaolu and Chijindu Ujah are included in a field which also features world leader Ronnie Baker and Kim Collins.

World leader Andrew Pozzi will look to continue his fine form in the 60m hurdles, where he takes on athletes including USA’s world 110m hurdles record-holder Aries Merritt, while Jeff Henderson and Dan Bramble contest the long jump. Allan Smith and Robbie Grabarz will do battle again in the high jump.

Every time Laura Muir has taken to the track this year, a new record has fallen. She will race over 1000m in Birmingham and is looking to add another record to her name.

In the 60m, Olympic 100m and 200m champion Elaine Thompson from Jamaica will take on British champion Asha Philip, as joint UK record-holder Dina Asher-Smith misses the competition having sustained a fractured foot in her last training session ahead of the meeting.

After her British title victory, Eilidh Doyle will race again over two laps, while former Olympic champion Sally Pearson will continue her return to the sport when she competes in the 60m hurdles.

The presence of Olympic champion Katerina Stefanidi, from Greece, will make for a compelling pole vault contest, while British champion Lorraine Ugen will be aiming to hold off Jazmin Sawyers again in the long jump, though runner-up in Sheffield Katarina Johnson-Thompson has been forced to withdraw with a hamstring strain.

» Fans in the UK can watch live coverage of the event on BBC One from 1.15pm. See the February 16 edition of AW magazine, which is available to buy and read online here, for a more in-depth preview