Silver anniversary of race to find the world’s fastest man 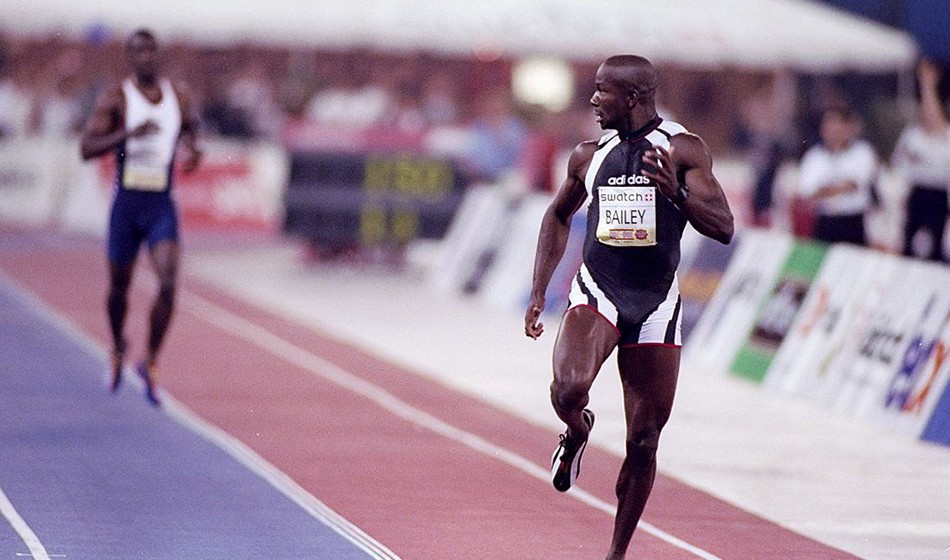 On June 1 in 1997 one of the most hyped and bizarre races in athletics history took place on an indoor track in Toronto, Canada. “The Challenge of the Champions” saw Donovan Bailey and Michael Johnson pitted against each other in a big-money head-to-head to decide the world’s fastest man. The event had a prize pot of $2 million and massive media interest, but it ended in anticlimax and acrimony.

Bailey was the reigning Olympic champion at 100m, whereas Johnson was Olympic 200m and 400m gold medallist. Both men had set world records when winning those titles, too, with Bailey clocking 9.84 at the Atlanta Games and Johnson 19.32 for 200m.

Following those 1996 Games the idea of organising a showdown over a neutral distance of 150m had gathered pace and the event eventually was staged on Bailey’s home soil at the Skydome in Toronto with each athlete guaranteed $500,000 just for taking part and then a further $1m going to the winner.

An audience of 48,000 packed into the arena and more than 50 countries around the world televised it live. AW was offered a media trip via one of the sponsors and one of our writers, Elaine Larkins, ventured out to Canada to report on the action. 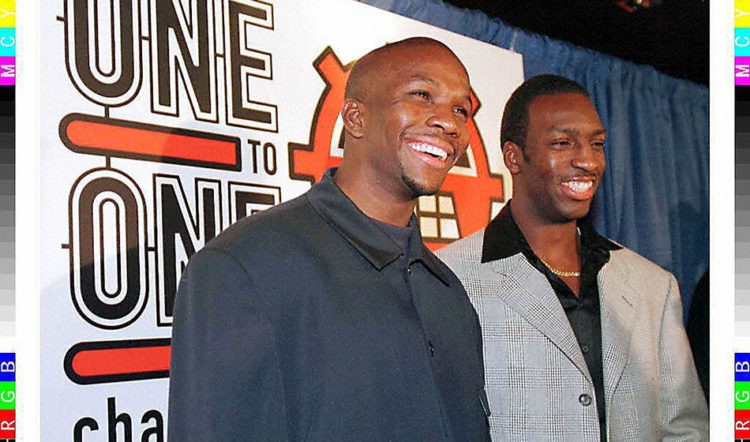 The atmosphere was enhanced by the Blues Brothers entertaining the crowd and a number of athletics events on the so-called undercard took place as well with Heike Drechsler, for example, long jumping 6.82m to beat Jackie Joyner-Kersee.

The only time Bailey and Johnson had met in a race before their 150m showdown in Toronto was in a 100m in Duisburg in 1994 where Bailey clocked 10.03 and Johnson 10.38. But that was three years earlier and here, in 1997, the athletes were at the supposed height of their powers.

Bailey was drawn on the inside lane in the two-man race and the stadium hushed as the men took to their marks. “The race was off at the first time of asking,” the AW report read, “with Bailey getting what was probably the best start of his life.

“Roughly 15 strides later he had swallowed the stagger, was on Johnson’s shoulder and passing the American with every stride.

“Eighty metres gone and it was all over. Johnson began to feel the pressure and pulled up with what looked like cramp, leaving Bailey to race the clock.

“The world 100m record-holder, fully focused, began to extend his stride and execute his famous acceleration and was some four or five strides away from the finish line when he turned his head to see Johnson, who had been reduced to a walk.” 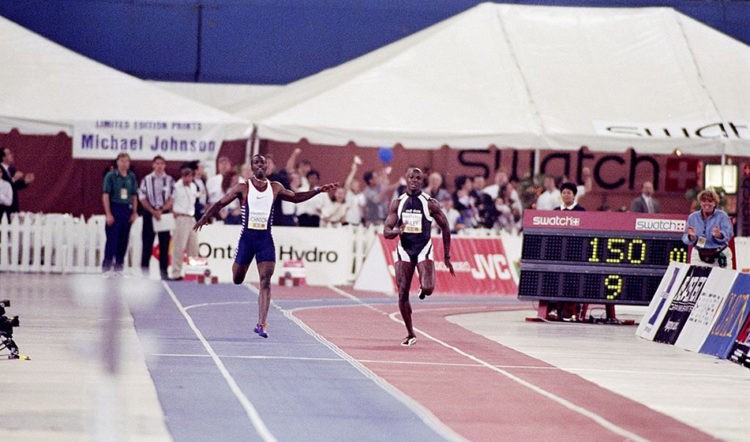 The winning time was 14.99 and moments after the finish, a jubilant Bailey said: “There was never any doubt in my mind that I was the fastest man in the planet and I proved it here.

“He didn’t pull up. He’s a chicken and he’s afraid to lose. We should run this race again so I can kick his ass one more time.”

Years later Bailey suggested his post-race comments were symptomatic of the boxing-style trash talk and hype that had surrounded the race. “It was a battle of testosterone,” he said. 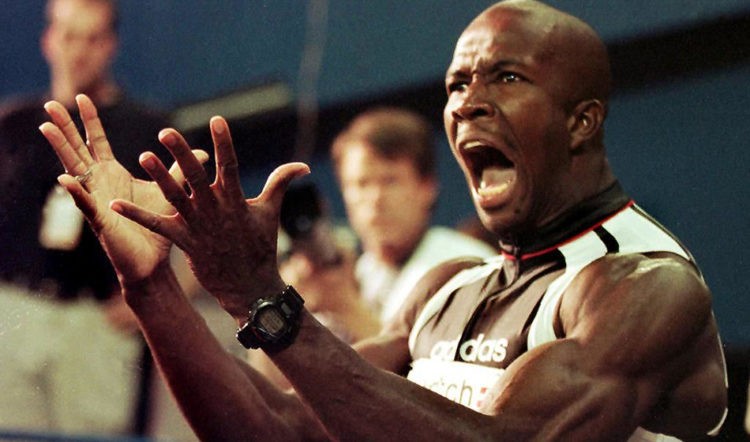 Ultimately, the race did not decide the world’s fastest man either. It has gone down in athletics history as a novelty event that did not quite ‘work’, largely due to Johnson’s mid-race injury, which turned out to be a strained left quad.

The athletics world was left a little non-plussed by Bailey’s hollow victory and AW reflected the mood that week by putting pole vaulter Janine Whitlock on the magazine’s front cover with the Bailey vs Johnson race meriting a small headline that read: “Toronto clash fails to live up to the hype”.