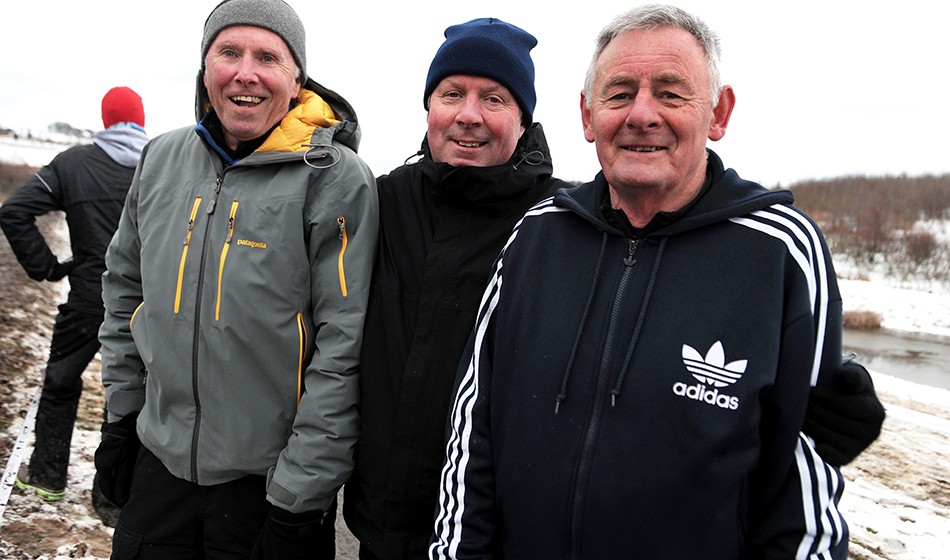 Lindsay Dunn had an uncanny ability to spot a hidden talent in a runner before applying his instinct and intuition to help them reach their potential. Such skill enabled him to coach Brendan Foster and Charlie Spedding to world-beating performances in the 1970s and 1980s, but his successes did not stop there as he guided and advised hundreds of endurance athletes to achieve results beyond their dreams.

Dunn, who died on Thursday (March 19) aged 77 after a period of illness and heart problems, will go down in athletics folklore as one of the sport’s greatest distance running coaches. Nick McCormick, one of Dunn’s runners who represented Britain in the London 2012 Olympics at 5000m, says the coach had a “sixth sense” when it came to getting the most out of his athletes.

These included Foster, who he helped win European and Commonwealth 5000m titles. Dunn was born in Richmond in North Yorkshire but moved to Leeds and shared a flat with Foster and the pair became training partners and lifelong friends.

Dunn was a good runner himself – winning the North East mile title and being a member of the Gateshead Harriers teams that won national cross-country and road-relay titles – but he proved an even better coach as he helped Foster become a world record-holder.

Foster told AW: “The sport of athletics has lost part of its conscience. The numerous athletes he coached and advised over 50 years have lost their guiding light. I’ve personally lost the most influential person of my athletics life but most significantly I’ve lost a truly great mate.

“Lindsay stimulated my drive and ambition to become an international athlete and then over the years helped and advised me to reach that level. We lived together, we trained together, we studied running together, we planned races together, we argued about runners together, but most memorably we laughed together. He was a lifelong friend and I, like many, owe him a lot. “Big L”, I will miss you terribly.” 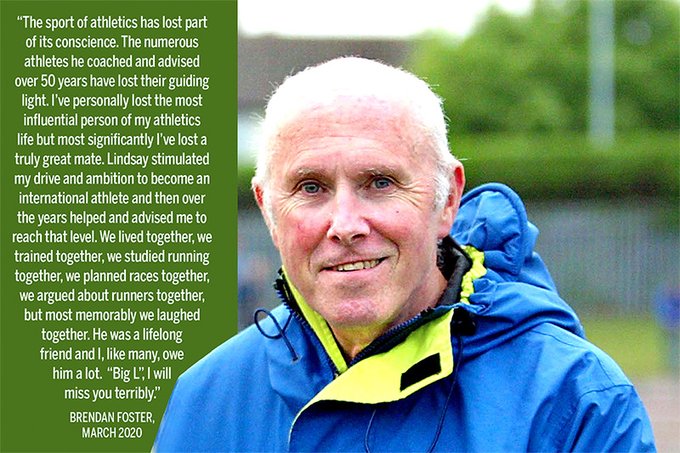 Dunn later began coaching fellow Gateshead Harrier Spedding and guided him to an unexpected bronze medal in the Olympic marathon in Los Angeles in 1984 in addition to victory in the London Marathon.

Like Foster, Spedding maintained a connection which lasted half a century with Dunn. “I started having a drink and meal with Lindsay and other runners after our big Tuesday session and ended up doing it ever since even though the training has long since stopped. For decades those Tuesday nights have been my best contact with the sport. Lindsay was so deeply involved he would always tell me what was going on.”

On Dunn’s qualities, Spedding added: “He was a good runner but a fabulous coach. He got better as the years went on. He never thought he knew everything. He always wanted to learn more. He was extremely good at looking at someone’s training diary and realising what worked for them and what didn’t. He would have runners of similar abilities but doing different training and yet getting the best out of both of them.

“Most of all he was a really good guy. He had some good values which I admired greatly.”

Dunn’s coaching CV reads like a who’s who of British distance running. From 1980s icons like Barry Smith and Geoff Turnbull through to Dominic Bannister, Tom Mayo, Andy Caine and Mike Openshaw, plus current runners like Chris Parr and Carl Avery. He even helped Benita Willis, the 2004 world cross-country champion from Australia, for a spell.

“Lindsay had an amazing influence on my life and running career,” said Willis. “His dry sense of humour, training sessions and love of gatherings at garden centres was always fun. He loved our sport and helped so many. Will always have a place in my heart.”

As a coach, Dunn enjoyed sharing ideas. None of his sessions or theories were private and it gained him the respect of fellow coaches.

Nic Bideau, the top Australian coach, said: “He had a talent and a passion for helping runners improve but he also had a knack in finding something to laugh about in every situation. He was a strong influence on my coaching so often helping me see things more clearly after chatting with him. And always so happy to see people I coached run well. He won’t be replaced.”

Such was his ability, he was given a national marathon coaching role at the turn of the millennium. One of the athletes he helped during that time was international runner Sarah Wilkinson and, like many, she stayed in contact with him when her racing career ended and was with him during his final days.

On his coaching ability, Wilkinson said: “He loved sharing information. He spoke to everybody and said that nothing was a secret.”

Amusingly, his talent-spotting ability wasn’t restricted to athletics either. His other big passion was horse and greyhound racing and he enjoyed the idea of applying athletics training theories to equine animals.

Aly Dixon, the world 50km champion, was also coached by Dunn and said: “The word legend is used too frequently in the present day but sometimes it’s the only word to describe someone and Lindsay was a true legend in the sport. I was lucky enough to be coached by him for six years culminating in gaining my first GB vest. If it wasn’t for him I would never have achieved that vest or gone on to achieve what I have.”

For McCormick, he feels Dunn rescued his career when, in 2003, he was a young runner whose performances were not improving. Out of the blue Dunn called him up and told him he had potential and that he would like to help. McCormick (pictured below with Dunn) was initially bemused by Dunn’s interest but agreed to be helped and went on to become one of Britain’s top middle-distance runners. 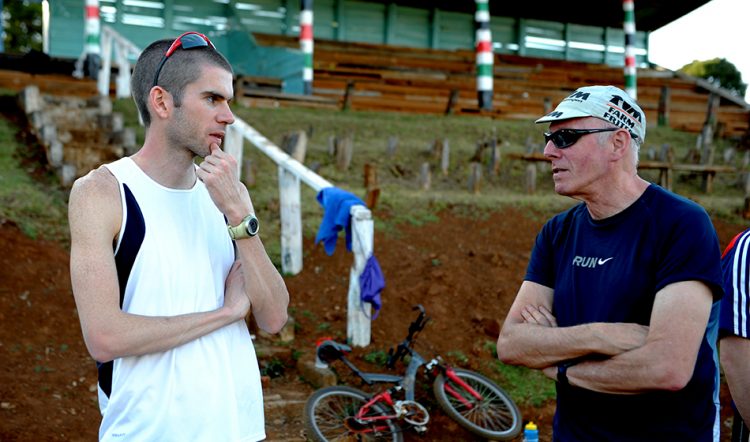 “He was ahead of his time as a coach and I think he had a sixth sense when it came to knowing how to coach people,” said McCormick. “He could tell if someone had talent, whether it was someone like Brendan or Charlie, or someone like myself who might have the ability to reach the Olympics. He had a wealth of knowledge and knew how to train people to be better than they were.

“London 2012 was a massive achievement for me and he was really pleased but I think he was just as excited to see a record in the national road relays or something like that.”

Indeed, even in his final few weeks he was heard to be following news from the English National Cross Country Championships on social media from his hospital bed.

Now, the job of carrying on his legacy has fallen to Nathan Shrubb. The North East runner says it was “an honour and privilege” for Dunn to accept him into his coaching group a few years ago and he has since started to lead the sessions for Dunn’s squad – a group of runners known as ‘The LD Crew’.

“People know Lindsay for Brendan and Charlie and all the amazing names he’s coached,” says Shrubb. “But he’d take on ordinary athletes like me too.

“The range of athletes he’s transformed is phenomenal. I think you will struggle to find a better endurance coach in the last 50 years. I know there are amazing guys out there like Alan Storey, Mick Woods and Gordon Surtees (who died in 2017) – stalwarts of the sport – but I’ve been to endurance conferences where everybody references Lindsay.”