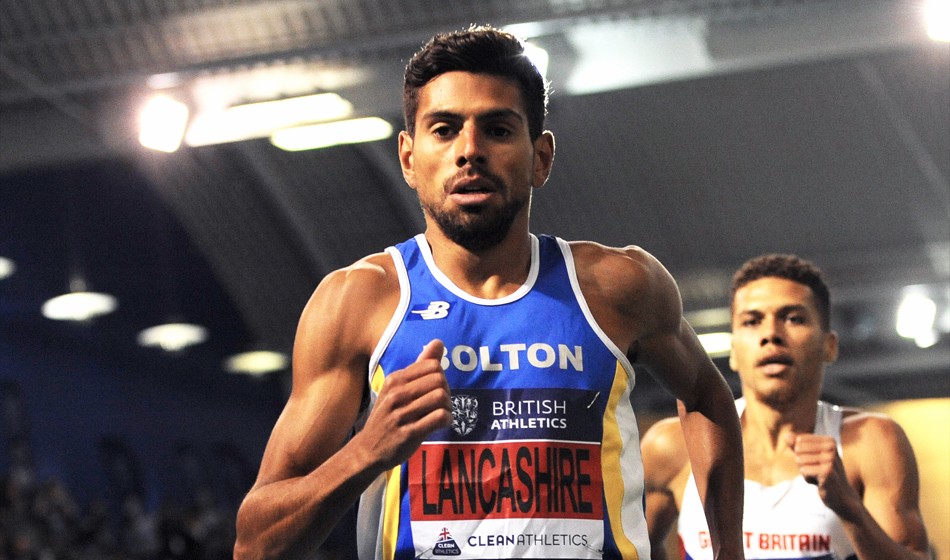 Just over a decade ago Tom Lancashire ran 3:33 for 1500m and 3:53 for the mile and represented Britain at the Beijing Olympics. Now, aged 35, he still hopes to make his mark on the track this summer over 5000m or maybe even 3000m steeplechase, but he is currently juggling his training with a demanding new job as ​an operational lead for Premier League testing operations with Prenetics.

Lancashire coordinates the Covid testing programme at clubs such as Manchester United, Liverpool, Spurs, Arsenal, Chelsea and others. Prior to the pandemic he ​worked as a health and fitness consultant for DNAFit, the genetic testing arm of parent company Prenetics, advising clients on areas such as nutrition and how genes might impact on training and performance. But when the pandemic broke out in 2020 the company moved into the area of Covid testing.

“We were very quickly able to shift from genetic testing to testing for Covid, which meant we got the contract to do all the Premier League testing ​for Project Restart,” he explains.

One of the key people at DNAFit is Andrew Steele, a 44.94 400m runner who also made the Beijing Games squad. In addition, former world 1500m medallist Hannah England is part of the team. “We have an athlete’s mentality so we just work hard and get things done,” says Lancashire.

As a long-time Man Utd fan, Lancashire sometimes has to pinch himself. “It’s a total dream meeting all the players and staff twice a week every week,” he says.

But he resists the urge to ask for autographs and selfies and instead is keen to deliver a top-class job while continuing to pursue his own athletics ambitions in his spare time.

“Last year was I was planning to have my last year properly training and focusing on athletics,” he says. “And my plan was always to sort of move into the DNAFit work more on a full-time basis. But this now is a total change from what I imagined I’d be doing. It’s very different to what I envisaged.” 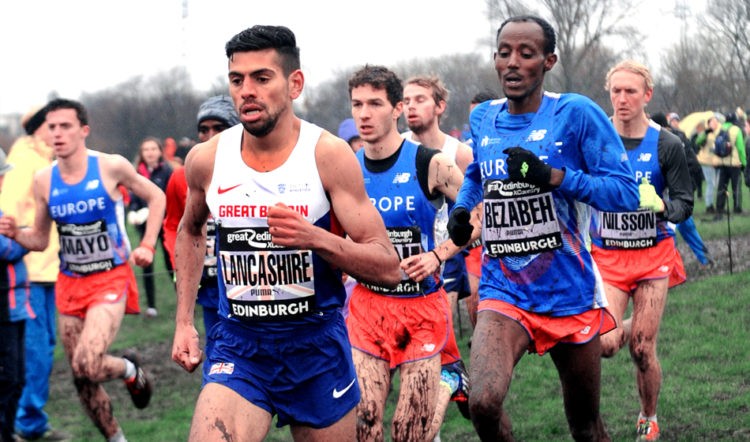 Lancashire is among the line-up for the Fast 5k in Wigan on Monday (April 5), which is streamed live on the AW website. It is organised by his coach, Steve Cram, and is not far from his home in south Manchester.

He says 12 months ago he was in his best form for some time after a spell of training in South Africa and an injury-free period. But he found the first lockdown and lack of competitions difficult.

This winter he has stayed busy testing footballers for Covid but maintained his training with the goal of possibly making his steeplechase debut soon. With a 5000m best of 13:34 and a cross-country pedigree, he certainly has the stamina. But can he hurdle?

“I’ve not tried the water jump yet!” he says. “That’s going to be an interesting one. I did 400m hurdles when I was younger but not the ‘chase.

“I can hurdle. I’m not the best but I can get over them and I’m interested to see how I can get on. And I’m not trying to downplay it at all. It looks like a good challenge.”

Lancashire has already got technical tips from ex-international steeplechasers Stuart Stokes and Luke Gunn, plus former UK record-holder Helen Clitheroe. As we speak, he has just completed a session of 10x300m too with half of the reps over hurdles.

“I started looking into it last last year, but just no races came around and I didn’t get around to actually doing one,” he explains. “So through this winter I’ve been doing a bit of hurdling to see how I go. I definitely want to try at least one.

“Obviously ​the 1500m ​is so strong in the UK at the moment. Even if I was back to ​my absolute peak, it would by no means be easy to make the GB team and compete at the top level in that event.

“I want to basically train as a 5km runner. And then if I take to the hurdling and if I can do it fairly proficiently, then it could be an opportunity for me to make teams again.

“This is no disrespect at ​all to the steeplechasers we’ve got right now (in the UK), but ​I feel that I’d back myself to run well against ​most of those guys ​over any distance on the flat. ​So I need to make sure I can hurdle well enough to compete with them over the barriers!”

» To watch the Fast 5k live from 5pm on Monday April 5, CLICK HERE

A truly astonishing achievement from 81-year-old Patricia Seabrook as she completed the Self Transcendence 24 Hour Track Race.