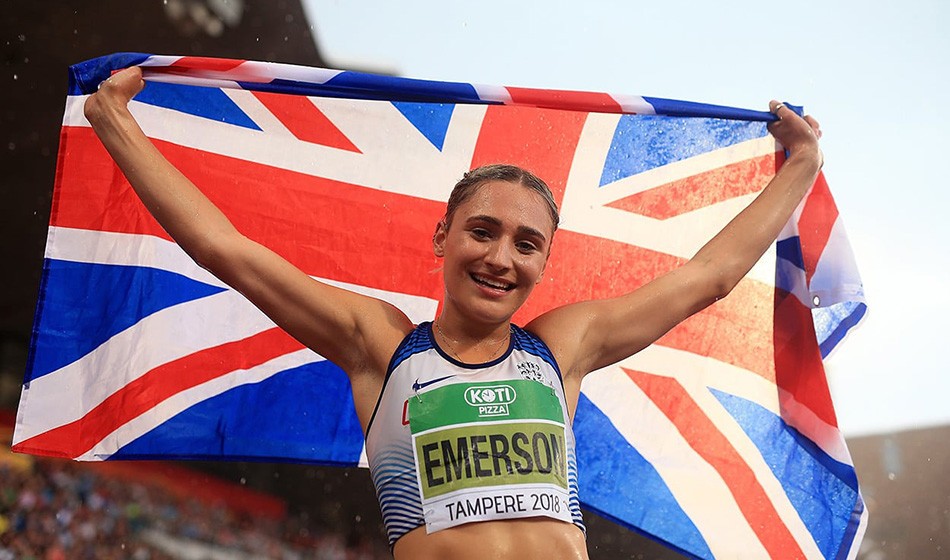 A full 14-strong GB squad will compete against teams from France, the Czech Republic, Spain and Poland in the Welsh capital, which hosts the match for the first time since 2012.

Emerson, who also claimed Commonwealth bronze last year, recently kicked off her 2019 season with two personal bests in the 60m hurdles and the shot put, adding over half a metre to her previous best in the latter.

Ellen Barber took silver behind Ireland’s Kate O’Connor at the England Athletics Senior and Under-20 Indoor Combined Events Championships in Sheffield over the weekend, recording personal bests in the shot put and 60m hurdles and equalling her high jump best of 1.71m. Barber and Emerson will be joined by Alice Hopkins and Lucy Turner in the women’s squad for Cardiff.

Mills, who took bronze in last year’s match in Spain, claimed a second straight under-20 pentathlon crown in Cardiff, improving her shot put best by more than half a metre and improving her own championship best to 4051 points in the process.

Amaya Scott was 80 points further back, with three personal bests to add to her overall best score of 3971. Jenna Blundell rounds off the junior women’s team after a third-place finish.

Turner claimed five personal bests and equalled his lifetime bests in the pole vault and high jump on his way to his maiden indoor title, topping the standings on 5329 points and moving ninth on the all-time under-20 indoor heptathlon rankings.

British under-17 heptathlon record-holder Scott Brindley earns his maiden British vest, while Joel McFarlane will hope to improve on his sixth-place finish in Madrid last year.