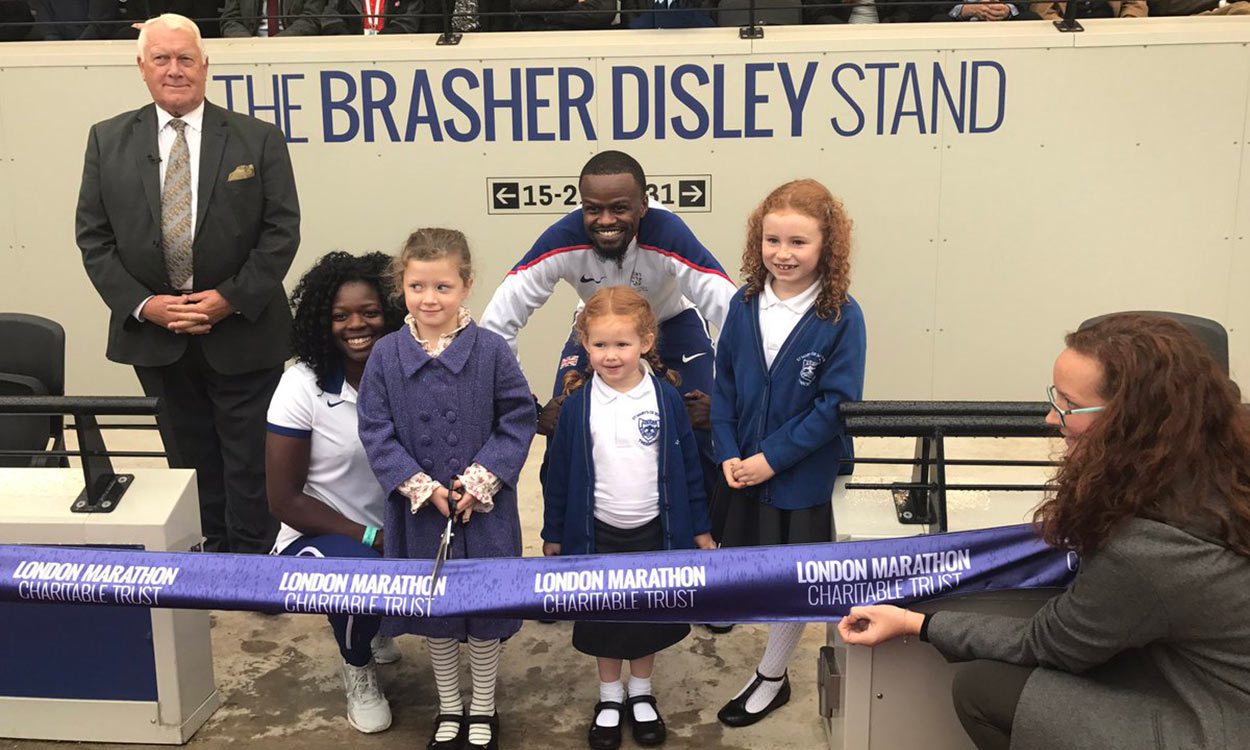 The London Marathon Community Track at Queen Elizabeth Olympic Park has been officially opened, with pupils from the Bobby Moore Academy being put through their paces by world medallists Asha Philip and Rabah Yousif.

The new facility, which sits in the shadow of the London Stadium and acted as a warm-up track at the London 2017 IAAF World Championships, was funded by a £3.45 million grant from The London Marathon Charitable Trust. It is the final part of £6.9m of legacy grants from the Trust following the London 2012 Olympics and Paralympics.

Pupils from the Bobby Moore Academy, a new school right next to the London Marathon Community Track, got to test out what will become their school sports facility with the help of Philip and Yousif alongside coaches from Newham & Essex Beagles Athletics Club, which will also now be based at the track.

“I warmed up here ahead of winning my silver medal and it’s great it is now being opened up for kids and my fellow Newham & Essex Beagles to use,” said Philip.

“Having such an amazing new facility next to the Stadium that hosted the Olympics, Paralympics and World Championships is really exciting.”

The new track will also be available for community use, with designated sessions for schools and community groups as well as pay and run sessions for local residents.

It will be the home ground for east London football team Altis FC and West Ham Ladies and features a 200-seat stand named after Chris Brasher and John Disley, the co-founders of the London Marathon, plus a new clubhouse area and gym.

The new stand was opened on Wednesday by Brasher and Disley’s youngest grandchildren (pictured, top).

Sir Rodney Walker, chair of the London Marathon Charitable Trust, said: “This is a fantastic moment for the Trust. We have invested the biggest grant in our history to create this amazing facility in the shadow of such an iconic Stadium. The Trust is all about inspiring people to be active and take up sport and I have no doubt this track will do that.”

Tony Shiret, chair of Newham & Essex Beagles, added: “We have a proud history in athletics and have seen some of the greats compete for our club including Sir Mo Farah, Daley Thompson and now Asha Philip and Rabah Yousif.

“This fabulous new facility will help us bring on the next world and Olympic champions and to serve the families of Newham, as we have done for the last 30 years.”