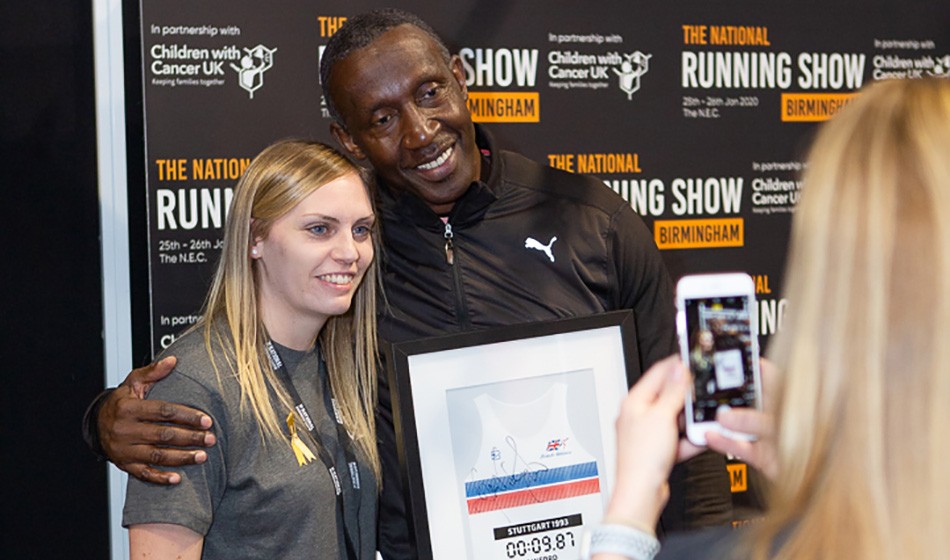 Linford Christie says he hopes his UK 100m record of 9.87 is broken soon because he is keen to see British sprinting move up to the next level.

The Olympic, world, European and Commonwealth 100m gold medallist ran that record time when winning his world title in 1993 and since then Zharnel Hughes and James Dasaolu have come closest with 9.91 in 2018 and 2013 respectively, while Reece Prescod ran 9.94, also in 2018.

Looking ahead to Olympic year, Christie told AW: “It’s another year for someone to try and break my 9.87 which I’m hoping (happens), because that means we’ve progressed a lot.

“As far as sprinting is concerned, we want to try and be up there with the Americans. That’s what I’m looking for, I’m trying to look for the next guy who is going to come up there and help to keep British sprinting on the map.”

Asked whether there are any athletes in particular he thinks will threaten the record, he laughed and replied: “I dare not say! I think we have got a good crop of guys out there. Hopefully, as long as they are all fit and healthy, then everything is possible.”

This Olympic year is set to be exciting, he added, with athletes battling to be the global No.1 following the retirement of Jamaican sprint star Usain Bolt.

Christie was speaking at The National Running Show in Birmingham, where he reflected on his career in an interview with fellow British sprinter Iwan Thomas on the ‘inspiration stage’.

A question from the crowd asked if Christie believes anyone will break Bolt’s world 100m record of 9.58. The 59-year-old laughed and said: “He’s lucky I’m not running now!

“I think the whole idea of the athletics fraternity now is that you’re training because you want to better 9.58. Everybody is training with that in mind.”

He added: “It’s a possibility. Within the next 10 years I think someone will come and run 9.5, or quicker.”

Christie, who now coaches at Brunel University, was speaking on the first day of the popular running show, which saw thousands head to Birmingham’s NEC to listen to an extensive list of talks as well as receive training advice and visit the hundreds of exhibition stands.

» The National Running Show next heads to London on June 13-14 and returns to Birmingham on January 30-31. See nationalrunningshow.com