Kipchoge and Bekele are “motivating each other” 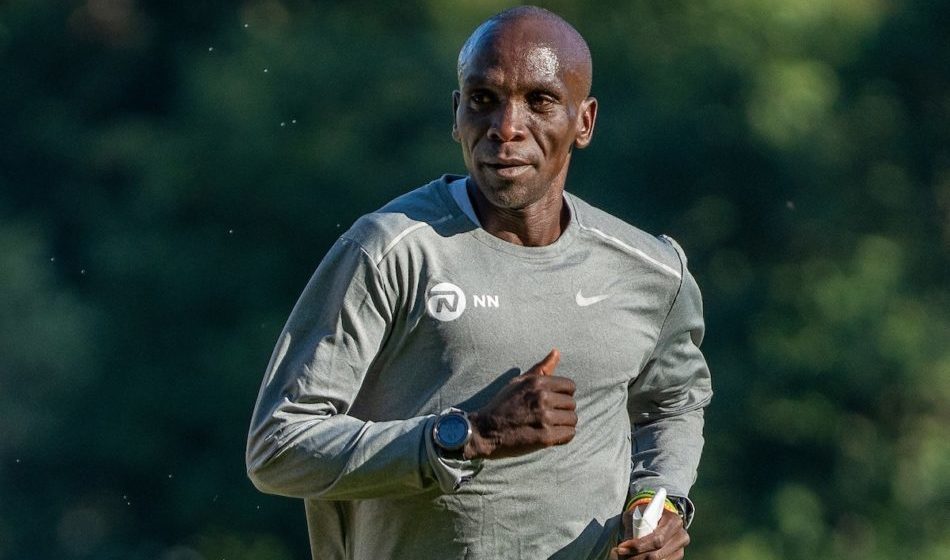 When it comes to the London Marathon’s 40th Race there remain a number of unknowns. What shape are the athletes really in after this disrupted summer? Will everyone get to the start line healthy? How well will the looped 2.15km course work? How fast could it be? Is a world record possible?

What we do know, however, is that the men’s field which has been assembled is one of the highest quality. It contains eight athletes who have run under 2:05 but at the top of the pyramid are two who truly stand apart.

Eliud Kipchoge is reigning champion and going for a groundbreaking fifth London victory. He is the Olympic champion, the world record-holder and the first man in history to cover 26.2 miles on foot in less than two hours.

Two weeks before that remarkable day in Vienna, however, Kenenisa Bekele came within a mere two seconds of breaking Kipchoge’s world mark and the Ethiopian three-time Olympic track champion who still holds the 10,000m world record will remain in hot pursuit when the two clash around St James’s Park on Sunday.

The pre-race press conference featuring the two greats was jovial and the mutual respect clear but, once the starting gun goes, there is little doubting how fierce the competition will be as the rivals who have competed against one another since 2003 write the next chapter in their storied careers.

“I respect him as an athlete,” said Bekele of an opponent who also shares the same management. “We are disciplined for a long time to stay in the sport and we are role models for the young generations. As an athlete I have a big respect for Eliud also and what he did is a really great thing for the sport. Still we are racing each other and I’m happy about it.”

In return, Kipchoge added: “I respect his humanity, his success, his mentality. Kenenisa being able to train and be disciplined despite huge success.”

But what does keep them coming back for more, and being able to do so in what is such a gruelling event?

“It’s simple,” said Kipchoge. “It’s being able to train, race and come back again for training at a high level every now and again. My coach Patrick Sang is very important. I lack the words to describe him but he is critical and crucial in my life. He is more than a coach: He is my manager, my life coach.”

“We are motivating each other,” added Bekele. “Sometimes he is beating me, sometimes I’m beating him. This is motivating us for a long time. That’s a part of the sport.” 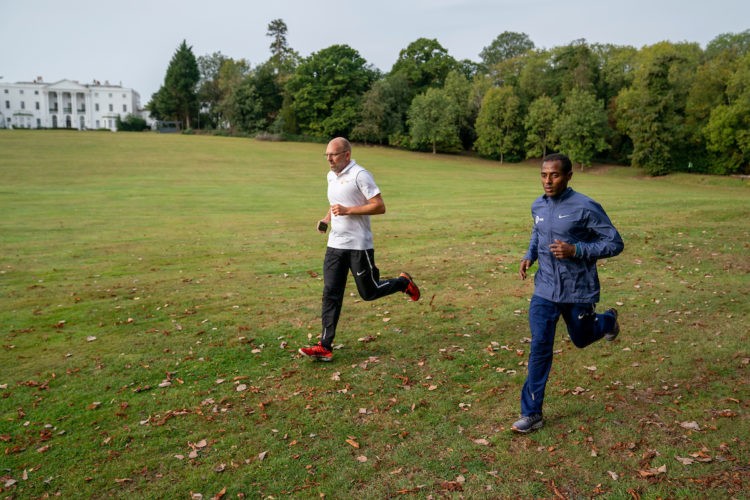 How much longer they can go on for at the top level is another unknown.

“Somehow nature will stop you somewhere,” said Bekele, while Kipchoge offered: “Everything has a beginning and an end. Every day has an afternoon and an evening. I’ll still be around. But I’ll call off the sport when the time comes.”

For now, however, the athletics world can sit back and enjoy these figures who are diminutive in stature only in the physical sense. Both have had far from ideal build-ups to this race but, then, who could really describe 2020 as being ideal?

“It’s eleven months and 3 weeks since I competed (in Vienna) so I’m happy to be back,” said Kipchoge. “It was really difficult for us athletes in Kenya and Africa in general. For the last 17 years I’ve been with the whole team, training with 10 to 20 people. This (pandemic) came in like an electric shock where everyone started to train in isolation or even skip training. But I tried to hold pace to make sure I’m fit and get a high level of training. Lately I consolidated the whole team together and training, actually, was good.”

“Because of Covid-19, sometimes not everything has gone as I planned,” said Bekele. “But I prepared well.”

Both are Nike athletes and there was much fanfare earlier this week when Kipchoge unveiled the Kenyan-inspired design which will adorn the Alphafly Next% shoes he will wear on Sunday. It’s a model which was unveiled when he broke the two-hour barrier and has been deemed legal under World Athletics’ guidelines. The debate over whether or not the rapid technological advancement is in the spirt of the sport, however, rages on.

“We live in the 21st century and we need to accept change,” said Kipchoge. “Development goes hand in hand with technology. The shoe is good. We are doing a press conference virtually, is that not technology? We should accept technology and marry technology.”

Bekele will not be wearing the latest model after his body had problems adjusting to it and it caused him some injury problems. He will opt instead for the Nike Next 4% which served him so well in Berlin.

When it comes to the task at hand on Sunday, it was clear that one athlete was more comfortable with the looped format than the other.

Bekele, however, said: “One lap is better. With multi laps it can get boring repeating the same place many laps many times. If you get some difficulties in the same place you are repeating it several times and it makes you uncomfortable.”

Though neither athlete would go into pacing specifics, the speed is likely to be uncomfortable, too.

“At this moment it’s difficult to say if it’s a fast course or not,” said Bekele. “But anything is possible if things are going well.”

There’s that element of the unknown again. The 40th Race will be fascinating.