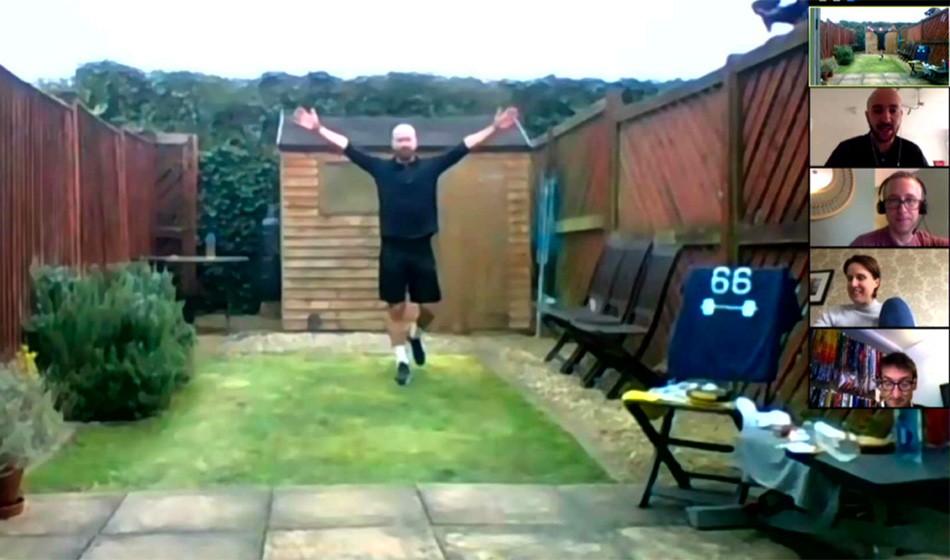 Scottish javelin record-holder raises thousands of pounds for the NHS by covering 26.2 miles in his six-metre-long back garden

Scottish javelin record-holder James Campbell has raised thousands of pounds for the NHS and entertained sports fans from across the world by completing a marathon in his six-metre-long back garden.

A tweet posted on Monday (March 30), in which Campbell said he would run a marathon in his garden should the post get more than 10,000 retweets, “escalated quickly” and just two days later the athlete celebrated his 32nd birthday by doing shuttle runs of the small outside space.

The whole marathon was streamed live by Vinco Sport and had commentary from the likes of Katharine Merry, Rob Walker and Alex Seftel, with people from around the world tuning in and sending messages of support.

Spending time outside of the home (and garden!) is restricted because of the coronavirus outbreak but Campbell wanted to do something to raise money for the NHS, which he described as “such an important treasure”.

The Cheltenham athlete, who has a javelin PB of 80.38m and competed for Scotland at the 2014 Commonwealth Games in Glasgow, initially set a fundraising target of £10,000 and a time goal of 6.5 hours.

But both were smashed as the target on fundraising platform JustGiving was upped to £26,200.00 during the challenge, which Campbell completed in just over five hours.

“I started choking up a bit a minute ago,” said an emotional Campbell, speaking on the Vinco Sport live stream.

“That’s unbelievable. The amount of money it has raised, it’s incredible.

“I can’t say thank you enough, really. An absolutely incredible response. Hopefully it will make a bit of a difference.”

Campbell, who played football as a youngster and returned to the sport after his retirement from athletics due to injury, added: “My athletics career didn’t really end as planned so this tops that by quite a way, I think.”

His fundraising page can be found at justgiving.com/fundraising/james-campbell0104.

Everyone who retweeted, everyone who’s been so supportive & donated, I’m blown away by the response & can’t thank you enough. Can’t believe the amount of money raised! Over £20k so far. Please keep donating for our NHS! 👏@NHSuk @JustGiving @VincoSport https://t.co/NxEDEi34pA pic.twitter.com/y7RYJCXfSN

Other garden challenges to have taken place recently include a marathon by Graham Merfield, who had been due to run the Guernsey Marathon on Sunday (March 29) but decided to complete the distance anyway when the event was cancelled.

With a slightly bigger garden than Campbell, Merfield clocked 4:21 and has so far raised £2,400 for Medecins Sans Frontieres/Doctors Without Borders to support their work around the world battling the pandemic.

“The run was hard however we are blessed to have a good size garden and I was able to create a technical trail section with a decent climb,” he said.

“It added up to 3700ft over the marathon distance. Running a loop five times a mile was less boring than I imagined. I had a party mix with 258 tracks to keep me entertained and Alison my wife could cheer me on and give me peanut butter sandwiches and hydration fluid whenever I needed it. At the end we had a toilet roll finish line!”

Meanwhile, over in France Elisha Nochomovitz also completed a marathon, but he did it on a seven-metre-long balcony.