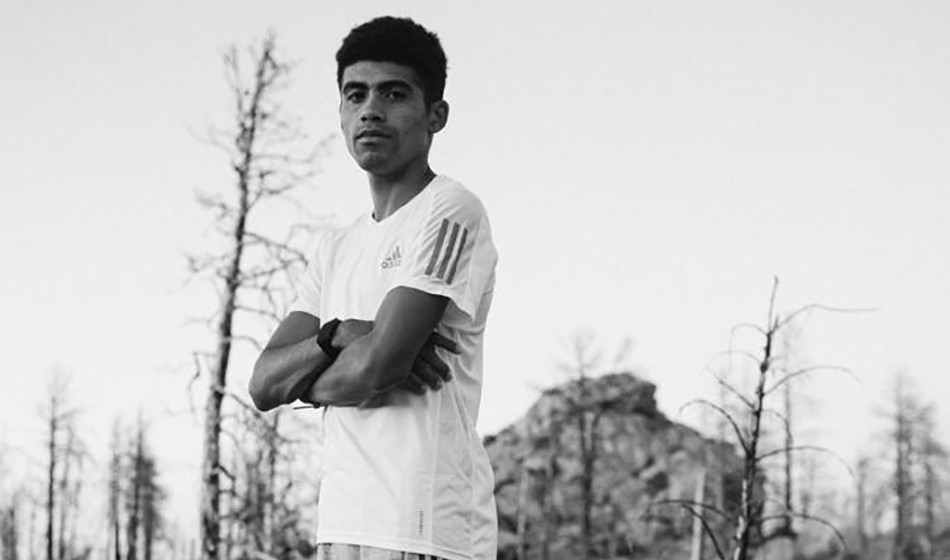 Four years ago Jamaine Coleman was preparing for what he thought could well have been his last season in athletics. Enjoying university life in America, his performances were not reflecting his true potential.

Though he clearly had great promise, the British international steeplechaser says he was considered to be more of a hindrance to the team than a help. When his Eastern Kentucky University (EKU) coaches told him he was no longer wanted, however, it turned out to be just the catalyst Coleman needed.

He was spurred into action and, fast forward an Olympic cycle – and despite the disruption in 2020 –the postponed Tokyo Games are now very much within his sights.

Now based in Boulder as part of the Tinman Elite team, Coleman has been on quite a journey over the past few years but feels like things are now coming together.

Reflecting on the start of his American adventure, the 25-year-old says: “I had decided that I definitely wasn’t going to the States. I had got into Loughborough to study history and I was like, that is the path I want to take.”

But he soon got “FOMO” – a fear of missing out – from seeing some of his peers getting ready to begin life across the pond.

“A month before I was supposed to be out there, I was scrambling around trying to find a university that would want me,” he explains. “EKU reached out to me, they offered me a scholarship on the spot and I accepted it. My thought process was I could defer my offer at Loughborough for a year, I would have nothing to lose. I was like ‘this is a life experience that I don’t want to regret later down the line’.

“It was rocky at the start. I didn’t particularly like it,” he adds. “I was speaking to the department at Loughborough, getting ready to come back, but I changed my mind and decided to stick it out, I didn’t want to be a quitter.”

He also met his now wife – who he married this summer – and wanted to see where things might go.

Sharing insight into the challenges, the former national age-group champion and English Schools winner says: “I was good back in England and it’s almost like when you’re growing up as a pretty good youngster, in the under-17 or under-20 world, you’re a big fish in a small pond. I got out to the US and all of a sudden there were hundreds and hundreds of guys that were better than me.

“I was not thriving, I wasn’t committing to the programme. I was just enjoying American life. It is kind of like what you see in the movies, the parties – the huge college fraternity parties – they are amazing and I kind of got sucked into that and would go to a party every weekend and not taking the sport seriously.”

But then things changed.

“I had some really bad results for a couple of years and one day, long story short, the coaches called me into the office and told me they didn’t want me on the team any more,” he continues. “I was free to leave. Like, yeah great, you’ve got this potential, but you’re more a hindrance to the team than you are a help.

“I was so angry leaving the office, I tried to transfer and any school I thought I wanted to go to didn’t want me because ‘I suck right now’. I was like, I need to get good so I can move somewhere else, so I started really focusing on trying to improve. That was the summer before the European Under-23 Championships (in 2017) and I was like, this is going to be my last chance, I’m not good any more but I can represent GB one last time at the junior level.

“I had done it in cross country, I had never done it on the track. My 3000m steeplechase PB at the time was 8:53 and to qualify you had to run 8:45. I was like okay, it’s within reach, and regardless of me not fulfilling my potential, I was still improving each year. I thought if I just try a little bit harder, maybe I can make this team and I can be happy with my career in the sport. I can peace out so happily.”

“I was free to leave. Like, yeah great, you’ve got this potential, but you’re more a hindrance to the team than you are a help”

So he knuckled down and stopped partying. “I just trained super hard and bought into the college programme,” he adds. “I couldn’t leave because no one else wanted me so I was like well I’m stuck here, I may as well do it properly now.

“I ran 8:34, which was under the standard, and ended up getting a bronze medal. I was like, wow, I actually can be really good in this sport and this isn’t the end of my career. This happened over a five-month spell. I went from being really, really bad to really, really good. It was a whirlwind of emotions. It was December when they told me they didn’t want me and it was May when I ran 8:34.”

From there, Coleman – who won NCAA silver and raced for GB at the European Championships in 2018 – moved to work with the Furman Elite team based out of Greenville, South Carolina, and then was guided remotely by fellow Preston Harriers athlete Helen Clitheroe, the former European indoor champion. Their coaching relationship worked brilliantly, but Coleman struggled with the remote set-up and, while he was grateful to benefit from British Athletics’ talent hub in Leeds when in the UK, he knew the lack of a wider support system back in the US was having an impact.

Life with Tinman Elite, where he is coached by Tom Schwartz, has started well and Coleman is hugely motivated for his future in the sport. Deciding not to race over the coronavirus-affected summer, he instead focused on his training and worked as a tutor for children while they were being home schooled. 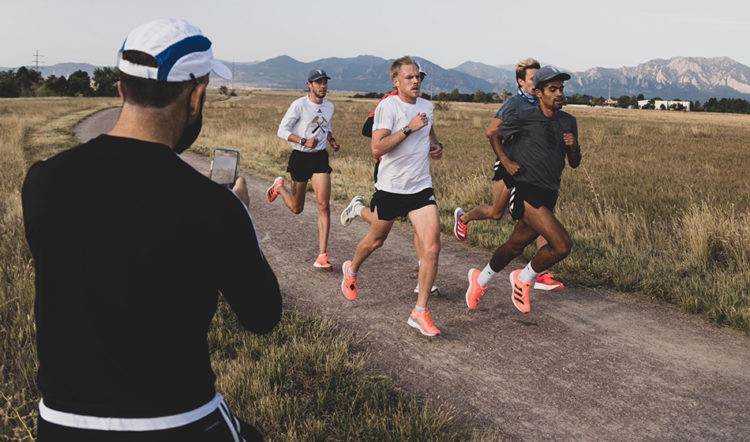 Coleman putting in the miles with the Tinman group in rural Colorado. Photo by Joe Hale

“It’s my first year since I started running – so nine years – that I have not run a race outdoors, so it was very weird,” says Coleman, who set two PBs in the space of a fortnight during the indoor season, one of which was a sub-four-minute mile. “And it was very weird seeing team-mates going to races and seeing competitors run really fast. Nothing hurts more than seeing someone that you think you are as good as run way faster than you. It re-motivated me to get back into it and really focus on it, but it was such a weird summer.”

Now the target is Tokyo.

“My medal at NCAAs was great and competing for the senior team at the European Champs was great but being able to stand on that podium for Great Britain, no matter what the age was, is just something I can’t quite describe.

“It (European U23 bronze) was a very pivotal moment in my career and it was a launching pad to where I am now. If that hadn’t happened, I probably wouldn’t be a runner today.

“It has given me the motivation to do it again and stand on that podium at senior level, at a global major championship.”