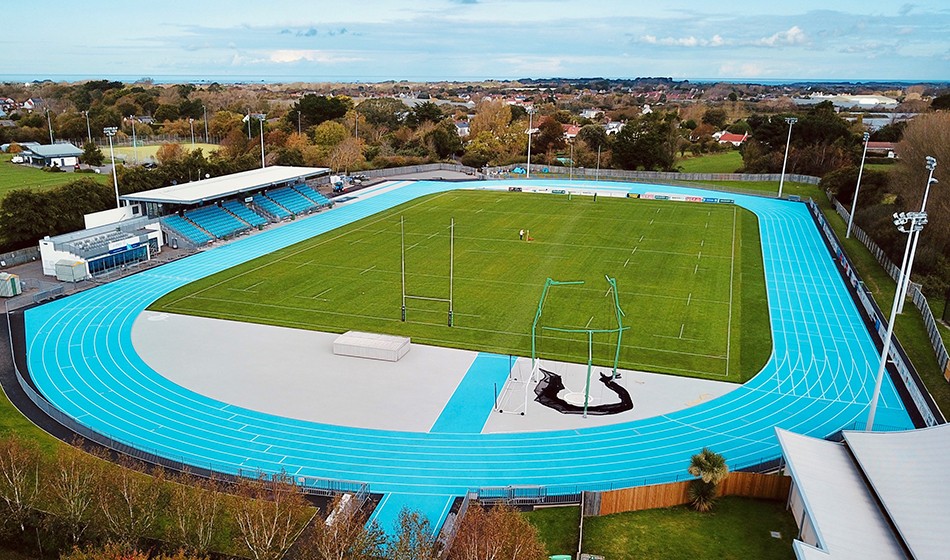 The Channel Island will host a meeting featuring short sprints and throws, plus an 800m run completely in lanes, on June 14

The Channel Island of Guernsey – a British Crown Dependency based off the west coast of France – has seemingly eliminated Covid-19 from its shores and is in Phase 4 of the island’s exit strategy.

As a result, within certain parameters – including strict social distancing and hygiene practices – competitive sport can recommence.

However, Guernsey’s borders are essentially closed, with anyone entering the island required by law to self- isolate for 14 days from arrival. Therefore no athletes from outside of the island will be able to compete.

Current regulations rule out certain disciplines, such as long distance races, and athletes under the age of 18 are not able to take part, but Guernsey Athletics say they will “softly launch” the track & field season with the meeting which will feature short sprints and throws as well as an 800m which will require athletes to remain in their own lanes for the full duration of the race.

Two rounds of the women’s 100m will be the main attraction for the locals, as former Commonwealth Youth Games semi-finalist Abi Galpin looks to translate her strong indoor form into summer performances.

The 19-year-old University of Bath student became Guernsey’s second fastest ever 60m sprinter back in January as she clocked 7.74 in Cardiff.

“I’m really excited to get out there and start my season,” she said. “Things have been going very well in training despite the lockdown, and particularly now we can train on the track properly.

“I think we are extremely fortunate to be in this situation – being in the first meet in Britain and perhaps even in Europe.”

In the throws, island record-holder Sia Banbury will headline the hammer, while James Bougourd contests the javelin and Tom Brierley the discus.

The top international names on the island’s athlete roster, brothers Cameron and Alastair Chalmers, are not set to compete.

“Not only will it be the first event to take place in the British Isles, but it is also the first meet to take place on the newly refurbished track. So there is a lot of significance surrounding it,” he said.

“A lot of work has gone in at various levels to get to this point and I’m excited to see some live athletics both on the track and in the field.

“Because we are unable to host endurance or under-18 events, the meet will be quite small with regards to participants, but the quality is going to be there.”