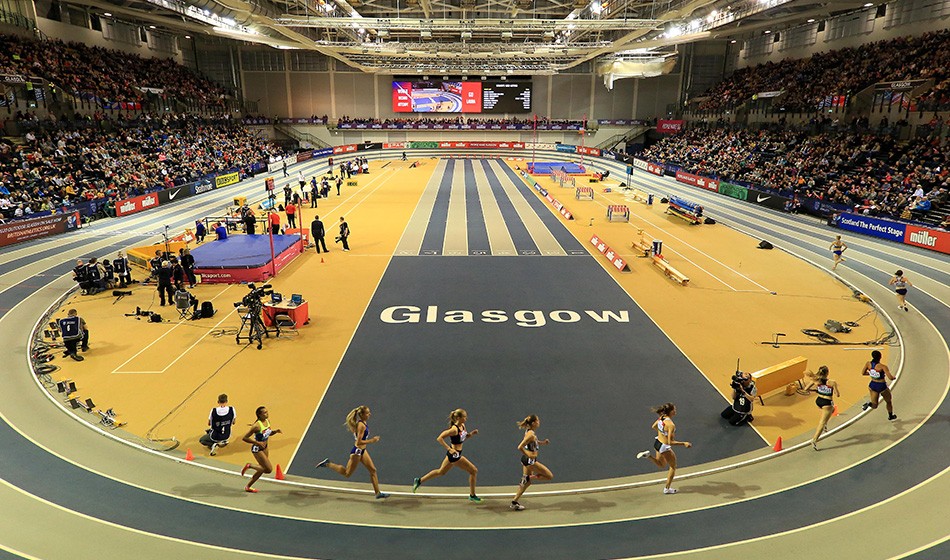 The Emirates Arena will hold a Dynamic New Athletics meeting on February 5 featuring teams from the home nations plus Spain, Ireland and Turkey

The mixed gender team-based event has been described by organisers European Athletics as “short, compact and unpredictable” with a “fast-paced, interactive and easy-to-follow format”.

It was launched at the European Games in Minsk in 2019 where Ukraine took a narrow victory over host nation Belarus after a pursuit-style relay called “the Hunt” which featured a staggered start.

Home nations of England, Scotland and Wales will be joined by Ireland, Spain and Turkey as they try to become the DNA indoor champions of 2022.

Billy Garrett from Glasgow Life said: “Glasgow and its people are fiercely proud of our global reputation for hosting inspiring and innovative events, and this has been built-up over years of experience hosting new and exciting events such as the Dynamic New Athletics.

“As with other major events hosted in the city, we’re also looking forward to supporting a programme for young people which will run alongside DNA, giving the next generation the chance to get involved and try out new athletics activities.”

Paul Bush of Visit Scotland added: “Glasgow and Scotland have a proud history in hosting athletics events, including the highly successful European Athletics Indoor Championships in 2019, and we cannot wait to welcome athletics back to the Emirates Arena in 2022 where the home nations will kick off a year of sporting rivalry ahead of Birmingham Commonwealth Games.”

Cherry Alexander, Vice President of European Athletics, said: “Scotland has proved itself time and time again to be an amazing friend to athletics and we’re excited to bring this innovative competition here to engage with younger audiences and inspire them to be active.

“Our aim is to create an environment for athletes to showcase their energy and talent and provide a valuable opportunity for athletes in the UK to earn world ranking points.”