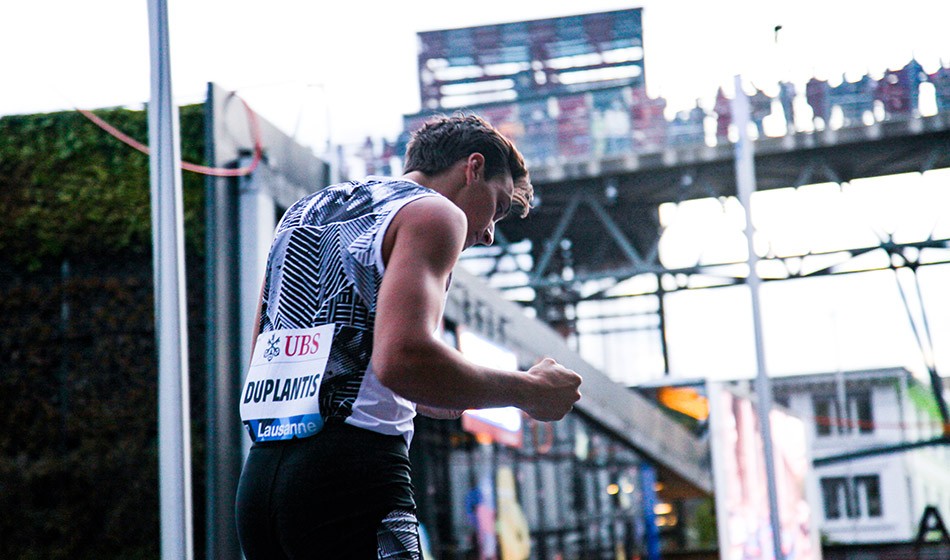 “It’s just easy,” says Mondo Duplantis when talking about what it feels like when he finds his groove during the heat of pole vault competition.

This year, the 21-year-old has made it look that way, too – breaking the world record twice indoors during the space of a week in February and securing the highest jump ever outdoors during the Rome Diamond League meeting in September.

The man who won all of the 13 events in which he competed during 2020 has been voted as the International Male Athlete of the Year in the AW Awards, while he has also been shortlisted for World Sport Star in the BBC Sports Personality of the Year Awards.

His vault of 6.18m in Glasgow’s Emirates Arena will live long in the memory of those who were there to witness it, yet don’t bet against the American-born Swede going higher still in the coming years.

The man himself is confident of beating his own mark but it’s not something he will be taking for granted. Behind the seemingly effortless performance levels lies, in fact, a great deal of effort. The hours of training, of drumming the processes into his body – something he has done from an incredibly early age – provide the foundation from which Duplantis can soar.

“I don’t get it all the time and I’m not always in the rhythm that I want,” he admits of that sensation of being in the zone. “It takes a lot of work but once I get in that rhythm and I’m jumping high I kind of feel like I’m on autopilot. I don’t really do anything. I feel like my body kind of takes over my mind and does the jumping for me.

“In the meetings when it’s going well, it feels like I don’t really have to try. Everything just kind of happens by itself.” 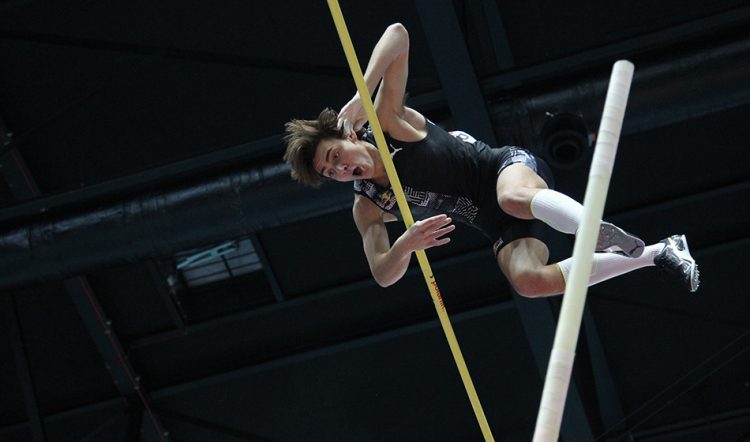 Records are one thing but Duplantis admits that, with Olympic year on the horizon, the sport’s major prizes are what he has at the forefront of his mind. He might already be on top of the world but, evidently, he is just getting started.

If the pressure of the day job gets too much, however, this disrupted year has brought with it the discovery of a new way to switch off. Or, rather, to switch on in a different sporting direction.

In the midst of lockdown back home in Louisiana, Duplantis found another skill to master. Golf.

“I picked it up when I came back from the indoor season,” he says. “They had some golf courses open so me, my brothers and some buddies would go and play. It was about the only thing we could do, really.

“I just wanted to get outside and do something. I kind of just became obsessed with it.

“I hadn’t really had a new hobby in quite some time. I used to play a lot of sports. When I was 15/16, I used to play [American] football with friends. If there was a pick-up game I’d get in on it and then I started getting injured a bit too often so I stopped.

“It was nice to pick up something that was super competitive, super hard and super challenging mentally without having the fear of pulling a hamstring or something.”

Being forced to expand his psychological vocabulary has a strong appeal.

“It’s mentally challenging in a completely different way, which I kind of like,” adds Duplantis. “It’s not like you can get riled up and really mad and it’s going to help your next shot. You really have to figure out a way to tone down your anger and your emotions.

“In pole vault, being emotional has never really hurt me – you can really just go out there and attack a jump for the most part – but in golf it’s almost the exact opposite and I like that challenge of it. To try to settle myself down.”

Speaking to Duplantis, an individual who comes across as nothing but incredibly relaxed, it’s hard to imagine emotion getting the better of him, particularly when he is so understated about his recent achievements.

“I understand the significance of what I did this year but at the same time to me what I did is just what I was capable of doing,” he says, matter-of-factly. “I always think I’m capable of getting better at the technical and physical side of things.

» Read the 75th anniversary edition of AW for a more in-depth interview with Mondo Duplantis – plus interviews with this year’s other AW Awards winners. Click here to order a copy of our special diamond anniversary issue