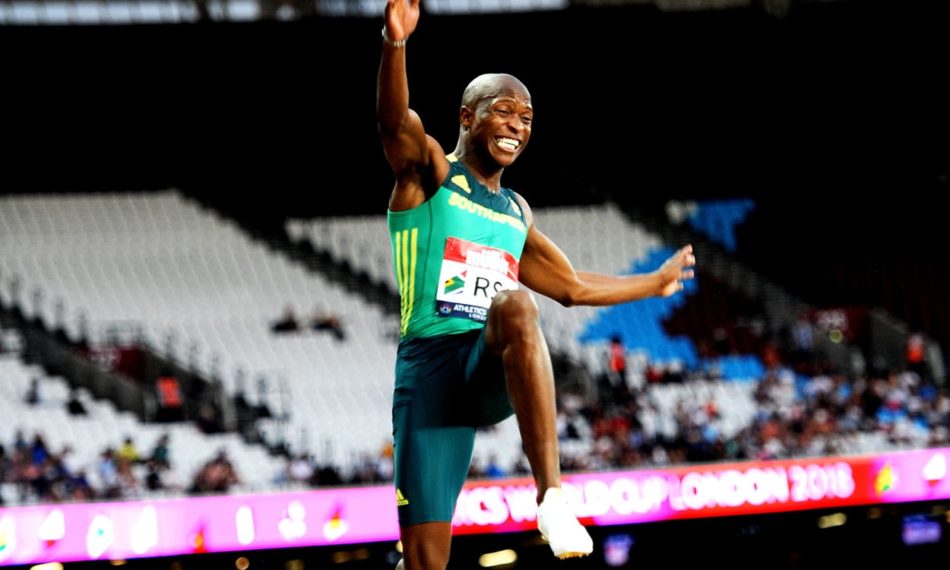 Luvo Manyonga, who overcame a crystal meth drug addiction in early life before going on to win the world long jump title at London 2017, has been handed a four-year ban for anti-doping for whereabouts failures.

The 30-year-old from South Africa a missed doping test on November 26, 2019, and registered a filing failure on both April 1 and October 1 in 2020. Filing failures are when an athlete supplies inaccurate or insufficient information which means anti-doping officials are unable to carry out the drugs test.

This means he has been given a four-year ban for a second offence – following his previous 18-month suspension in 2012 after testing positive for crystal meth – and it will last until December 22, 2024.

The Athletics Integrity Unit (AIU) said Manyonga did not co-operate with the hearing process and declined several opportunities to attend a hearing last month.

Manyonga has been one of the most exciting athletes in track and field in recent years. After that Olympic silver behind Jeff Henderson of the United States, he went on to take the world title in London the next year followed by the Commonwealth crown on the Gold Coast of Australia in 2018.

In 2017 alone he jumped further than 8.60m on four occasions – with a best of 8.65m – a remarkable achievement given his troubled past.

Growing up in extreme poverty, his talent was evident when he won the world under-20 title in 2010 but then served an 18-month ban after taking the recreational drug ‘tik’ – which is a type of crystal meth – but he used athletics to help him recover from the addiction.