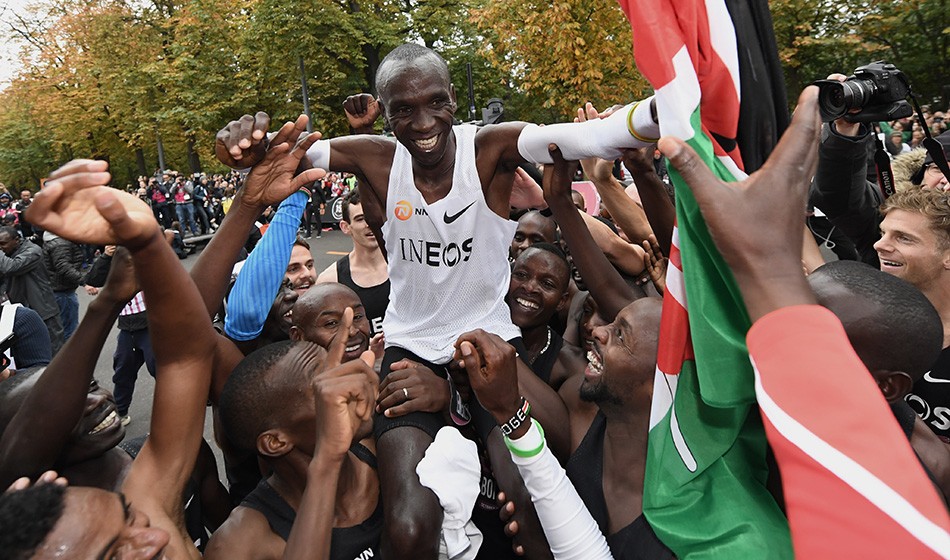 Aged 37, Eliud Kipchoge has little to prove. After winning two Olympic titles and eight big-city marathons, setting a world record of 2:01:39 and becoming the first man to break two hours for 26.2 miles, his athletics immortality is guaranteed.

Yet he wants more.

During a media conference to announce a long-term “performance partnership” with INEOS, he said it is his intention to try to win an unprecedented third Olympic marathon crown at the Paris Games in 2024.

More imminently he aims to race over the marathon distance in March or April this year.

Possible options could be Tokyo on March 6, Boston on April 18 or he could return to the venue of his sub-two-hour time trial in 2019 to run the Vienna City Marathon on April 24. Alternatively he might be planning a separate event with INEOS similar to the INEOS 1:59 event that created history two years ago.

Such speculation is likely to end within the next three weeks, though, as Kipchoge’s manager Valentijn Trouw says they have “a beautiful plan” that will be revealed soon as their schedule is still at the mercy of the pandemic.

Only Abebe Bikila (1960 and 1964) and Waldemar Cierpinski (1976 and 1980) have won consecutive Olympic marathon titles but Kipchoge wants to go further with a hat-trick.

“I still have something boiling in my stomach. That’s why I am looking forward to it,” he says. “My main motivation is (giving) inspiration to the whole world.” 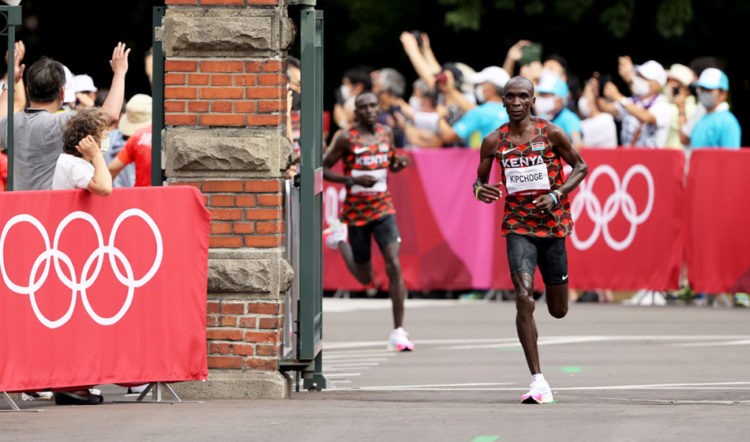 Despite his age, Kipchoge still believes he has something to give. He certainly did not look past his best either when successfully defending his Olympic title in style in Japan last summer.

He now feels collaborating again with INEOS will help him run faster as he can draw on expertise from other sports that the global chemical company is involved in such as cycling, F1, rugby and sailing.

“INEOS loves challenges,” he says, “and this is the same as me – I love challenges.”

He adds: “To receive the support from such a great entity in sports is a huge boost to myself and the team. We have had a wonderful relationship since we first started working together and have already changed the world together once. I am excited to keep breaking barriers with the support of INEOS on our side.

“I believe that we can make a strong impact across all sports by sharing our knowledge and experiences with each other. To utilise the greatest minds in sports will continue to allow us to keep pushing the boundaries of running. I am very excited for the future ahead.”

Sir David Brailsford is best known in sporting circles for his work in cycling but he was at the forefront of the INEOS 1:59 Challenge and late last year was appointed director of sport at INEOS.

“First-time challenges are very much in the DNA of what we do,” Brailsford says. “Winning the Olympic marathon three times has never been done so it is a big ‘first time ever’.