Dynamic New Athletics: who, what and when?

Laura Muir will race in Glasgow for the first time in two years as she leads the charge for Scotland at this weekend’s highly anticipated DNA event.

Scotland may have home advantage but they will face stiff competition for the DNA Athletics title as England, Wales, Ireland, Portugal and Spain will also be competing at the Emirates Arena.

The theme of major junior champions continues in the Welsh team as they are captained by European under-23 100m gold medallist Jeremiah Azu, who takes part in the 60m. There’s no doubt that 4x400m European indoor bronze medallist Owen Smith will also provide experience on the big stage. 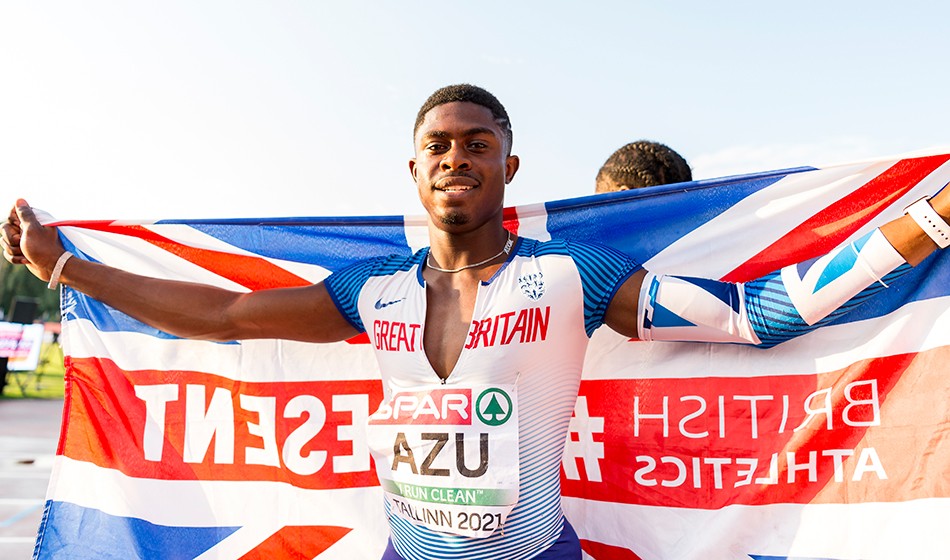 Molly Scott, who set an Irish record in the 60m of 7.23 just last week, will be confident of potentially improving that time in Glasgow. Ireland also have Olympic pedigree with Louise Shanahan in the 800m and Cillin Greene in the 4x400m, an event he knows all too well after being part of the quartet in Tokyo that saw an Irish relay team make an Olympic final for the first time.

So how does it work?

The DNA format will see each 18-strong team compete during what will be a fast-paced schedule over a two-hour period, with only one event taking place at a time.

There are 11 events in total, with each track discipline then immediately followed by a field competition.

The afternoon kicks off with the mixed 4x400m, with track events varying from the 800m and mixed 2x2x200m to the two sets of 60m and 60m hurdles races.

Over the 11 events, teams will accumulate points. 12 points will be awarded for first place, 10 points for second, eight points for third, six points for fourth, four points for fifth and then two points for sixth. Therefore, even the athlete who finishes in last place will still contribute to their team’s overall score.

After 10 events, the scoring will determine the starting positions of the last event, The Hunt.

Each point difference between the teams in the standings translates into 0.33 seconds of distance gap for the start of The Hunt race. The leading team after 10 events starts from lane one for the 800m, the second team from lane two and so on.

DNA is part of the World Indoor Tour and is a bronze level event.

The event takes place between 13:00-15:00 on Saturday February 5 at Emirates Arena, Glasgow.

Kids DNA with Scottish Athletics will also take place before the main event between 10:30-12:00.

You can watch the main DNA event live on the European Athletics Youtube channel.

You can buy tickets for DNA here.